A “devious” amateur actress who persuaded her friend to pretend to be her dead father in a £740,000 benefit scam has been jailed. Ethel... 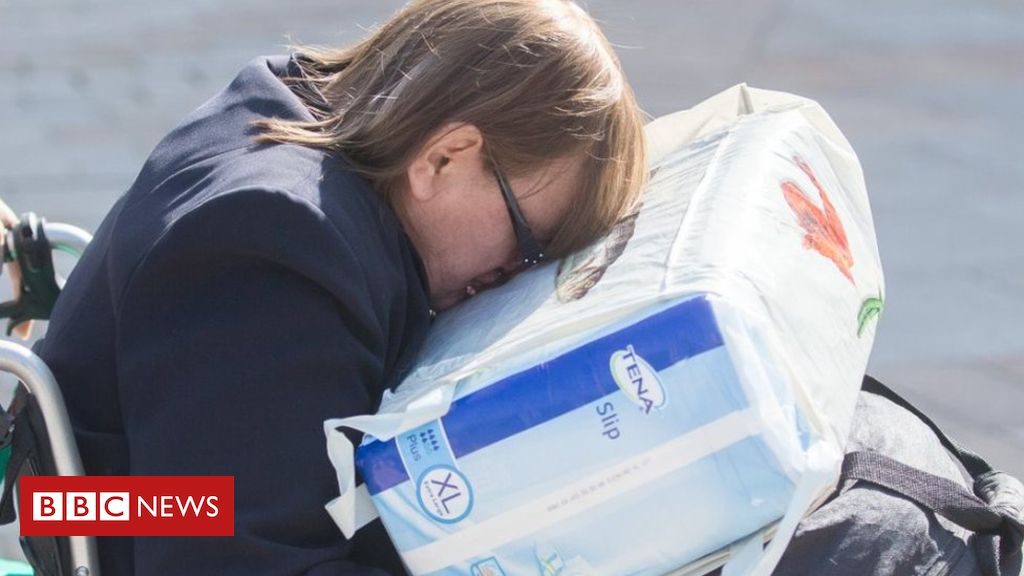 A “devious” amateur actress who persuaded her friend to pretend to be her dead father in a £740,000 benefit scam has been jailed.

Ethel McGill, 68, of Runcorn in Cheshire, continued to claim her father Robert Dennison’s war pension and benefits after his death in 2004.

She also feigned dementia and claimed she needed a wheelchair, Liverpool Crown Court heard on Monday.

McGill admitted fraud and was jailed for five years and 10 months.

The court heard the con unravelled when investigators filmed her walking and driving.

Judge Steven Everett told her: “Part of your problem is that nobody, including me, believes that you are ill, and that you have been putting this on for years.”

He told her it was “breathtaking dishonesty” and for “year after year” she had “sullied” her father’s name.

She had asked a friend to lie in bed and pretend to be her father when the authorities visited, the court heard.

McGill’s defence lawyer asked the judge to consider a short sentence because she had never lived a “lavish lifestyle”.

Judge Everett rejected this, saying: “The message has to be sent out to you and others like you that if you steal from the public purse, not only is imprisonment inevitable but a substantial sentence must be passed.”

Prosecutor Stephen Pendered said McGill was “not content” just receiving her father’s benefits and went on to make “good use of her amateur dramatic skills by feigning dementia to succeed in her own fraudulent benefit claims”.

A Department for Work and Pensions spokesperson said this was “deliberate and sustained” deception and in addition to any sentence “people must pay back all the money they falsely obtained.”