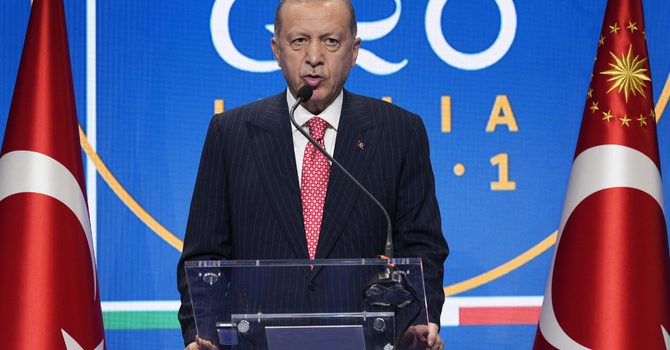 Erdogan1 politics1 Turkey4
LONDON: An alliance between Ankara and Addis Ababa is fueling concerns that Turkish drones will be used in Ethiopia’s escalating civil war. The military... 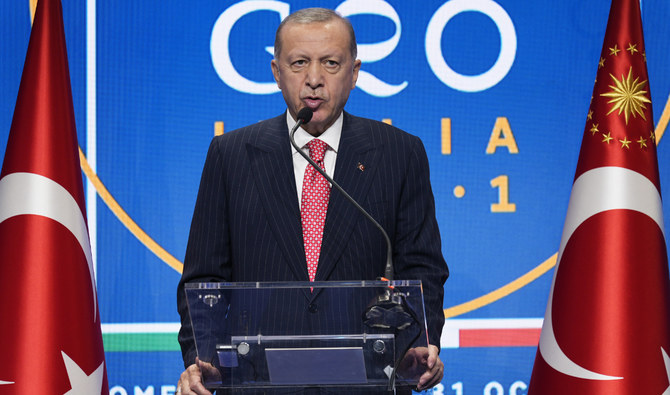 LONDON: An alliance between Ankara and Addis Ababa is fueling concerns that Turkish drones will be used in Ethiopia’s escalating civil war.

The terms of the deal have not yet been made public, but Reuters reported in October that Ethiopia had requested Turkey’s Bayraktar TB2 drones, considered to be among the most effective munitions of their type in the world.

LONDON: Allies of the Turkish president have denied that his health is in decline after footage emerged online of him appearing to struggle to walk.

Recep Tayyip Erdogan, 67, was filmed during Sunday’s G20 Summit in Rome in which he appeared to be unsteady on his feet. The footage fueled speculation that Turkey’s long-time ruler’s health is in decline.

In the video, Erdogan is seen walking apparently unsteadily away after a photoshoot, before a number of guards rush to his aid and move a thin rope fence out of his path.

His allies have responded furiously to the rumors of his declining health, with his official spokesman Fahrettin Altun tweeting a video showing him walking normally at the G20 Summit.

Rumors of Erdogan having cancer, which he denied, have also proliferated over the years after he had growths — polyps — removed from his small intestines in 2011 and 2012.

Erdogan, sometimes dubbed the new “sultan” of Turkey, has dominated the country’s politics for nearly two decades, first as prime minister in 2003 then as president in 2014.

But Turkey’s declining economy and out-of-control currency inflation appear to be hurting his popularity.

In 2019, his party suffered several defeats in city mayoral elections, even after he had forced a re-run of the polling in Istanbul.