SEATTLE — Jorge Soler hit a two-out, two-run homer in the eighth inning off Anthony Bass, and the Kansas City Royals rallied for a... 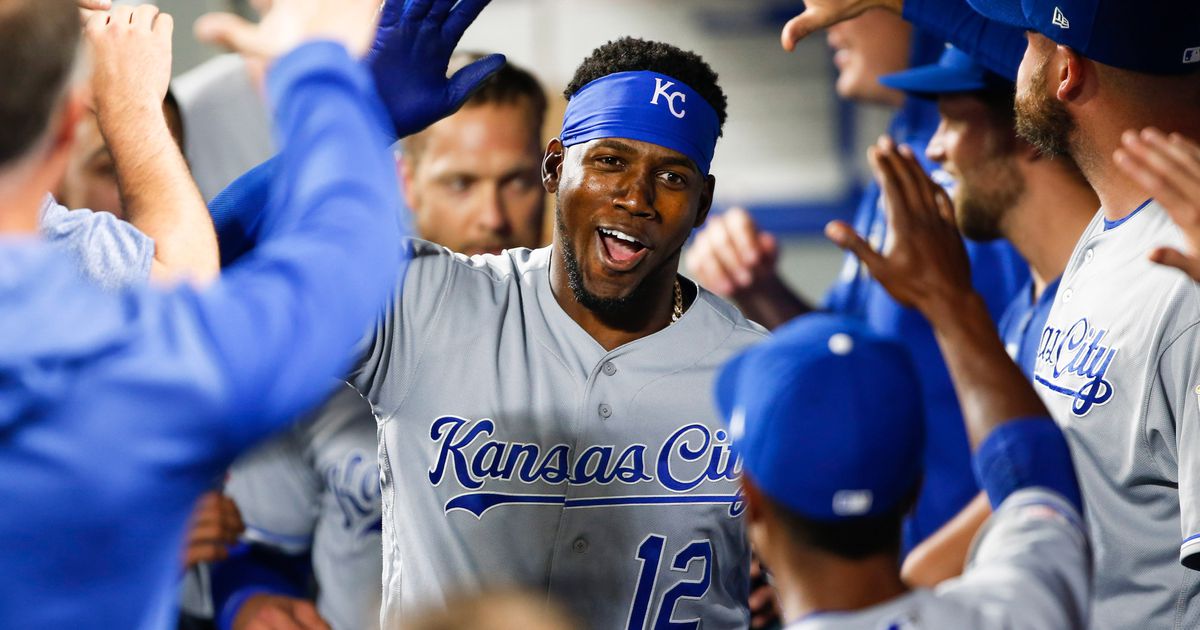 SEATTLE — Jorge Soler hit a two-out, two-run homer in the eighth inning off Anthony Bass, and the Kansas City Royals rallied for a 6-4 win over Seattle on Monday night, snapping a nine-game losing streak to the Mariners.

After the Royals were shut down for most of the night by Tommy Milone, the combo of Alex Gordon and Soler put Kansas City in front. Bass (1-2) easily retired the first two batters of the inning before Gordon singled up the middle. Soler followed by driving a 1-1 pitch on the outside corner out to deep right-center field for his 19th home run of the season.

Martin Maldonado added a solo home run in the ninth.

Brian Flynn (1-0) got the victory by working two innings of relief after Danny Duffy and striking out four. Jake Diekman got the final two outs of the eighth with the tying run at second base, but Ian Kennedy faced trouble in the ninth. He allowed the first two batters to reach before striking out J.P. Crawford and Domingo Santana, then got a pop out by Tim Beckham to finish his eighth save.

Seattle took a 4-2 lead in the fifth on a three-run homer from Tom Murphy, but Kansas City was able to add a key run in the seventh inning. Jorge Bonifacio doubled leading off to end Milone’s streak of 11 straight retired and scored when Maldonado’s sinking liner was caught on a dive by Mac Williamson in left field. Williamson had no play at the plate.

Duffy was rolling until the fifth, when he walked two to bring up Murphy with two outs. Murphy was moved up to fifth in Seattle’s batting order for the first time this season, and the decision paid off with his eighth home run in his 28th game.

For the third straight start Seattle used an opener before letting Milone take over and the results continued to be mixed. The Mariners’ openers have struggled — this time Tayler Scott, who allowed two runs and recorded two outs — but Milone has thrived. Milone threw 6 1/3 innings, allowing one run and three hits. He struck out six and walked none.

In his three appearances where Seattle has used an opener, Milone has pitched 17 2/3 innings and allowed five earned runs.

Now THAT is some clutch Soler Power!!! #AlwaysRoyal

Royals: 3B Hunter Dozier began a rehab assignment with Double-A Northwest Arkansas on Monday. Dozier leads the Royals with a .314 batting average but has been out since injuring his right oblique May 30. Dozier went 1 for 4 and drove in two.

Mariners: Seattle manager Scott Servais had a long list of injury updates. Most notable, OF Mitch Haniger (ruptured testicle) is expected to resume light activity this week, even if he’s still a few weeks from being ready. RHP Hunter Strickland (lat strain) was expected to resume playing catch in the next couple of days after having a setback in his rehab. RHP Chasen Bradford (forearm) is also expected to start throwing in the next few days.

Mariners: LHP Yusei Kikuchi (3-4) looks to pitch beyond the fifth inning for the first time in his past four starts. Kikuchi hasn’t pitched into the sixth since May 19, also his last win.