Ronaldo: Barca spent big but still have no titles 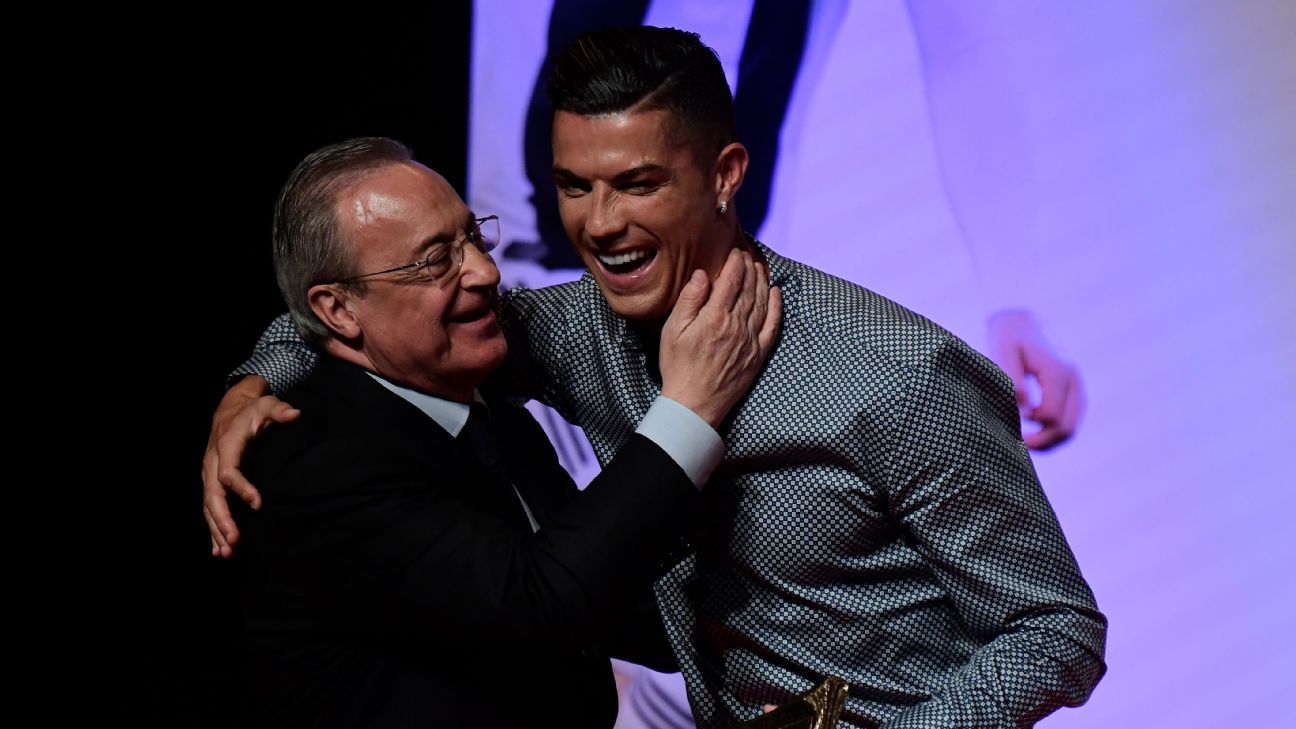 Ronaldo, who was in Madrid to pick up his Marca Leyenda lifetime achievement award, is hoping to become just the second player to win the Champions League with three different clubs.

“It is always the year of Juventus, of Madrid, of Barca,” he told Marca when asked whether the Bianconeri were among the favourites for the competition. “In a competition such as the Champions League, only one team can win.

“I’ll use the example of Barcelona: look at how much money they have invested in the past five years in players and they have not won a Champions League. That is not how this works. Juve has brought in very good reinforcements and they are a team who are going to fight to win, as they always do.

“But it all depends upon many factors: the draw, the groups, the moments, the injuries, the luck. But, as I always say, you don’t have to obsess over Champions League. Juve are going to win, if not this year, I hope it will be the next or in two years.

“And it will be because of our work ethic and because of the way the club is being set up. They have all of the ingredients to win it.”

Meanwhile, Madrid president Florentino Perez has said he will “forever” miss Ronaldo and dubbed him the “best” player in the world.

Ronaldo signed for Juventus for a transfer fee of €100 million after a nine-year spell at the Bernabeu where he won two La Liga titles and the Champions League four times.

Without the five-time Ballon d’Or winner, Madrid endured a disappointing season — knocked out of the Champions League in the round of 16 against Ajax and finishing 19 points behind Barcelona in La Liga.

“I’ll miss him forever,” Perez said at an awards ceremony where Ronaldo received the . “I’m a Cristiano fan. He’s the best and that’s it. How was I not going to come [here]?”

Before moving to the Bernabeu, Ronaldo had enjoyed six years with Manchester United where he won a Champions League title and the Premier League three times, but said that he missed Madrid more.

“I miss Madrid more than Manchester,” he said at the ceremony. “This is due to life’s circumstances because my children were born and grew up here and that is special.”

Ronaldo also weighed in on the speculation surrounding Neymar‘s future at Paris Saint-Germain.

The Brazil international was left out of the PSG preseason squad to travel to China but Ronaldo believes Neymar will remain in the French capital next season.

“He’s a great player and I get on well with him,” he said.”But there’s a lot of talk about him with Madrid, Barcelona and Juve. It’s the press’ job because they need to sell but I think he will stay in Paris.”

Ronaldo, who helped Juventus secure an eighth consecutive Serie A title, said he left Madrid in order to reinvent himself as a player.

He added: “I needed more motivation after winning what I won. I needed a change to express myself as a footballer because I think I still have a lot to offer.

“I still feel motivated and I like what I do, but of course what I like most is winning titles.”

Ronaldo scored the winning goal as Juventus beat AC Milan to claim the Italian Super Cup and he also won the Nations League with Portugal in the summer.

Juventus will face Atletico Madrid in their final preseason game on Aug. 10 before starting their domestic campaign away at Parma on Aug. 25.