Everyone thought Ronald Acuna Jr. was going to be good, but it would have been bold to say he’d be in an MVP race... 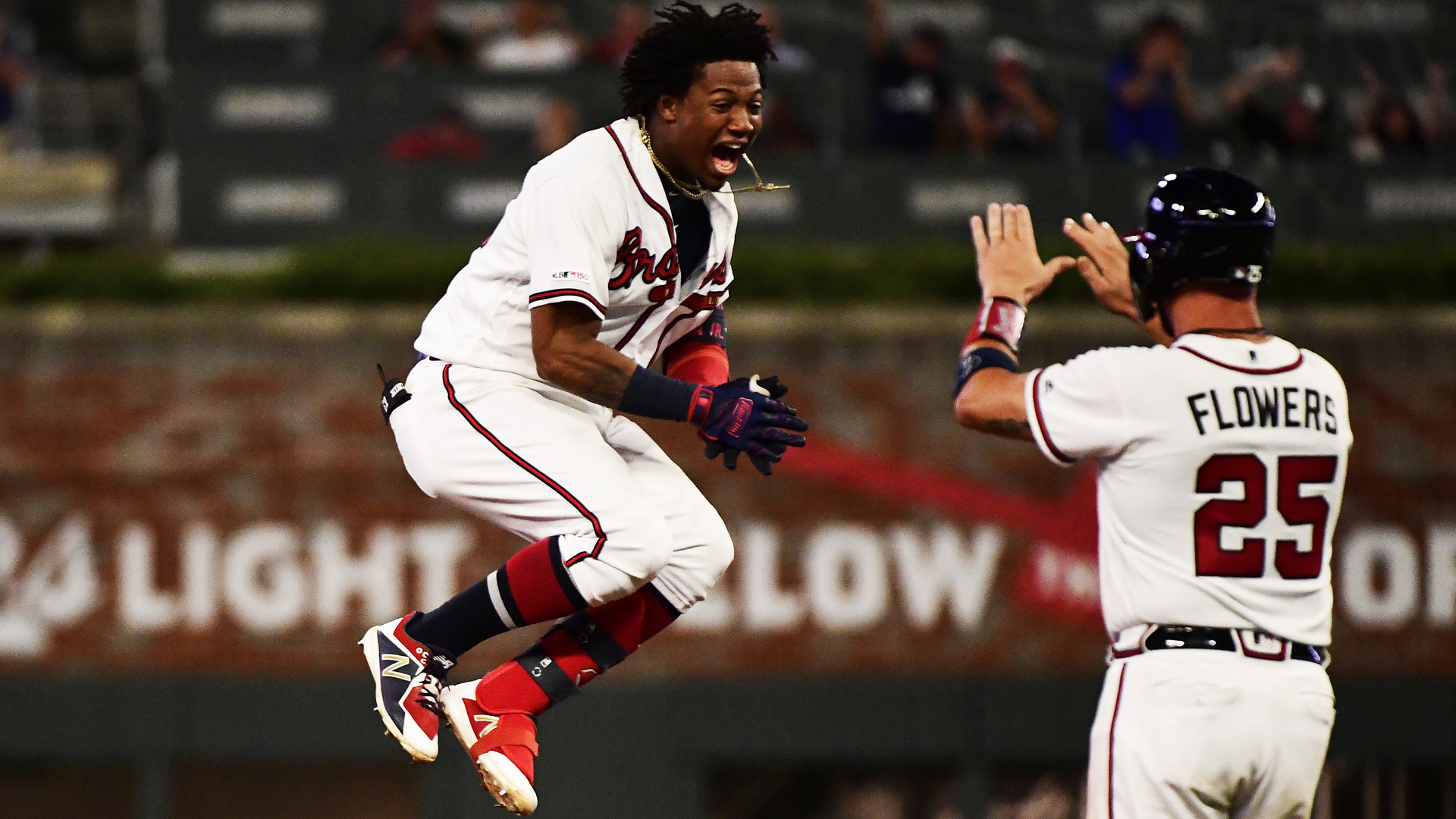 Everyone thought Ronald Acuna Jr. was going to be good, but it would have been bold to say he’d be in an MVP race in just his second season.

That is exactly what is going on, though, as Acuna is batting .296 with 36 home runs, 88 RBIs and 29 stolen bases in 128 games this season. Oh, and for good measure, he also delivered a walk-off single in a 3-2 win over the Marlins on Thursday.

The challenge for him this year, though, is two-fold. While he is undoubtedly in the MVP discussion, defending National League MVP Christian Yelich and Dodgers star Cody Bellinger are having better years and will be hard to catch in a race.

And secondly, teammate Freddie Freeman has also been awesome as he is batting .304 with 34 home runs and 103 RBIs. He could very well steal some MVP votes from the 21-year-old.

But no matter what, Acuna has emerged as one of the best players in MLB and has moved far beyond simply being a great young player.

Astros left fielder Michael Brantley went 3 for 4 with two RBIs and extended his hitting streak to 15 games in a 6-3 win over the Tigers.

Nationals infielder Howie Kendrick went 3 for 5 with three RBIs in Washington’s 7-1 win over the Pirates.

Astros reliever Joe Biagini gave up three runs and three hits (including two home runs) while nearly blowing Houston’s 6-0 lead in the ninth against the Tigers. Closer Roberto Osuna came in with a runner on and two outs, walked a batter to put the tying run on and nearly allowed a three-run homer to tie it, so he’s not free from criticism, either.

J.D. Davis is playing in a big park in New York, so he figured he’d make an over-the-shoulder catch.

Nationals (70-57) at Cubs (69-58), 2:20 p.m. ET – In what very well could be a preview of the National League wild-card game, Washington will face off with Chicago in a three-game series starting Friday. The Cubs can still win their division and the Nationals have an outside shot to win theirs, too, but they’ll have to win series like these if they want to have a chance to do that.