Dancila has 45 days to propose new definitive ministers and seek a confidence vote from the Parliament for the new cabinet Romania‘s government... 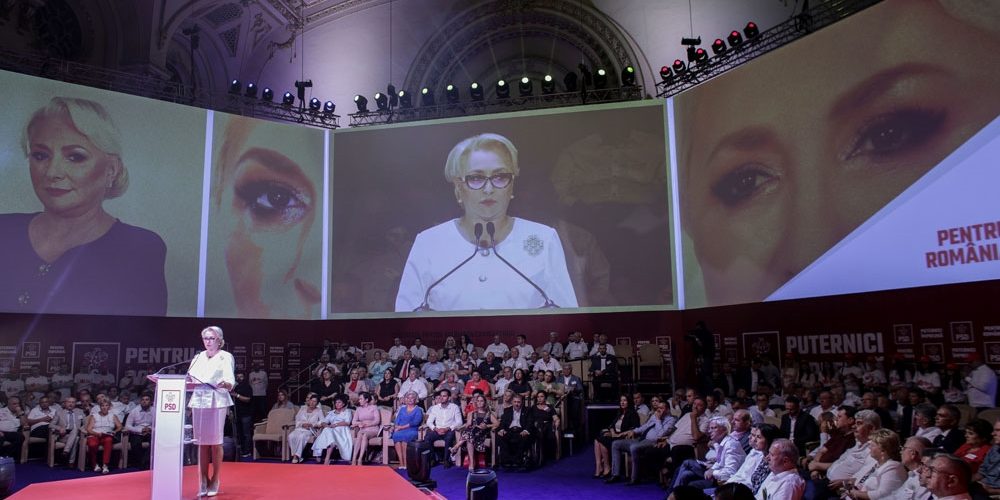 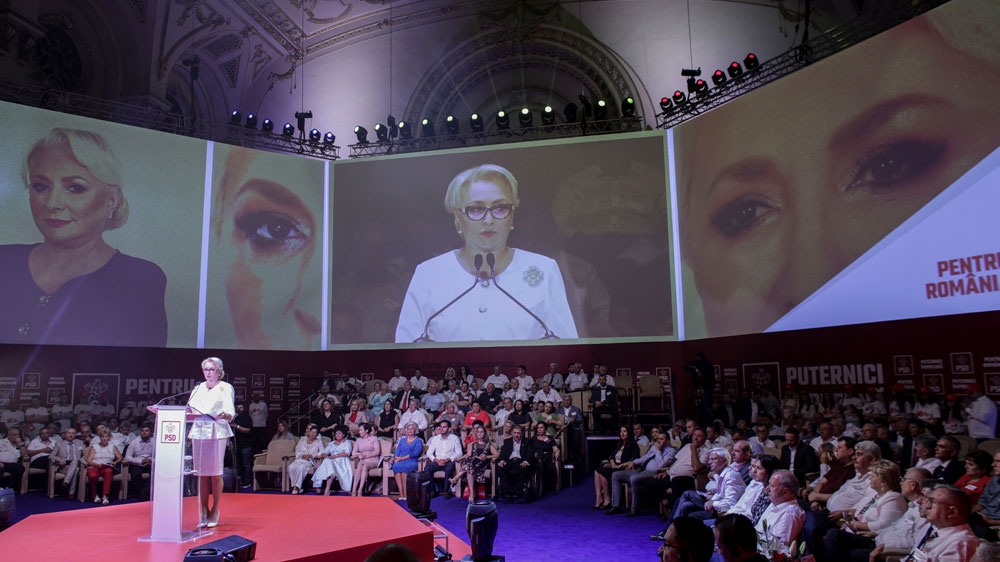 Romania‘s government is hanging by a thread after the ruling Social Democratic Party (PSD) lost the support of its main coalition partner and is now faced with the prospect of a no-confidence vote.

Prime Minister Viorica Dancila’s government lost its majority on Monday after a junior ally, the Alliance of Liberals and Democrats (ALDE), quit amid a dispute over a joint candidate for presidential elections due in November.

In a Facebook post on Tuesday, Dancila promised to continue governing despite the development, which left her party 25 seats short of a parliamentary majority.

“I want to offer everybody the guarantee that the government continues to do its job and that we’ll ensure a competent governing until the end,” Dancila wrote.

Her comments came as three ministers announced their resignation following ALDE’s move, but a fourth party member, Foreign Minister Ramona Manescu, refused to quit, saying she is willing to face the “political consequences”, which could result in her expulsion from the party.

PSD officials said on Monday they would try to secure the backing of the ethnic Hungarian UDMR party, which has 31 parliamentary seats – but the latter ruled that out on Tuesday.

“Our position is clear, we won’t back this PSD minority government. We don’t have and won’t have any deal with PSD to help them stay afloat … There’s no logical reason to do that,” UDMR party deputy Attila Korodi told Reuters News Agency.

Korodi said the UDMR would back a government made up of opposition parties until the next general election in 2020.

Meanwhile, other smaller opposition parties have said they want to bring the government down, with the biggest opposition party, the centrist National Liberal Party (PNL), saying it was preparing to draft a no-confidence vote after the summer recess.

“We will be gathering signatures to back a censure motion as of next week,” said PNL head Ludovic Orban. “We will file it once we garner 233 signatures, to be sure there’s a clear majority able to bring Dancila’s government down.”

A government can be toppled if a majority of Romania’s 233 members of parliament vote to back the no-confidence motion.

Dancila has 45 days to propose new definitive ministers for the positions and seek a confidence vote from the Parliament for the new cabinet.

Romania will hold a presidential election on November 10, with centre-right incumbent Klaus Iohannis, a vocal government critic, running for a second term.

A second round is scheduled for November 24, with a runoff widely expected.

Voters turned on the government in European parliament elections in May, with the PSD’s support almost halving while ALDE was unable to reach the threshold to enter the assembly.

ALDE withdrew from the alliance two days after leader Calin Popescu Tariceanu lost a bid to become the sole pro-government candidate in the presidential election scheduled.

The PSD instead picked its leader, Dancila, to challenge incumbent Iohannis.