Romania, a Beacon of Coexistence for Muslims in Eastern Europe

Prayers at the Grand Mosque of Constanta, which was built on the orders of Romanian King Carol I in 1910 Constanta,... 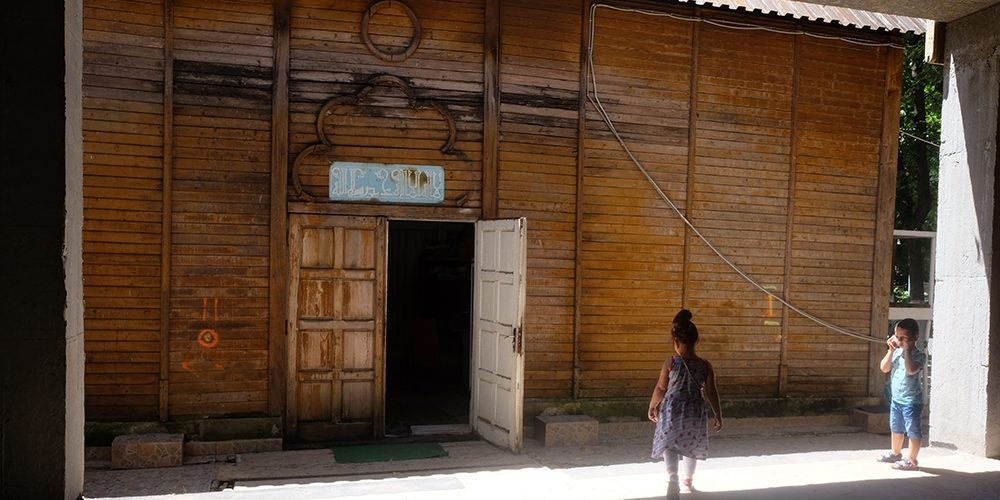 Prayers at the Grand Mosque of Constanta, which was built on the orders of Romanian King Carol I in 1910 [Maxim Edwards/Al Jazeera]

It was constructed as a symbol of gratitude to the city’s Muslim community on the orders of King Carol I in 1910.

Much has since changed in Romania, but that sentiment remains.

Constanta lies in Dobruja, an ethnically diverse region split between Romania and Bulgaria, where the River Danube meets the sea.

Ottoman Turks invaded the region in the late 15th century and subsequently expanded further into Romania.

Several centuries of Turkish rule followed, bringing settlers from across the empire.

Northern Dobruja came under Romanian control only in 1878, after the young kingdom defeated the ailing Ottoman Empire with assistance from Russia.

Some of the region’s Muslims left for Turkey, but others stayed on; their descendants now form the backbone of Romania’s Muslim community of about 64,000 people, roughly 0.34 percent of the country’s population.

Compared with other countries in Eastern Europe, Romanian Muslims say their experience has largely been one of peaceful coexistence. 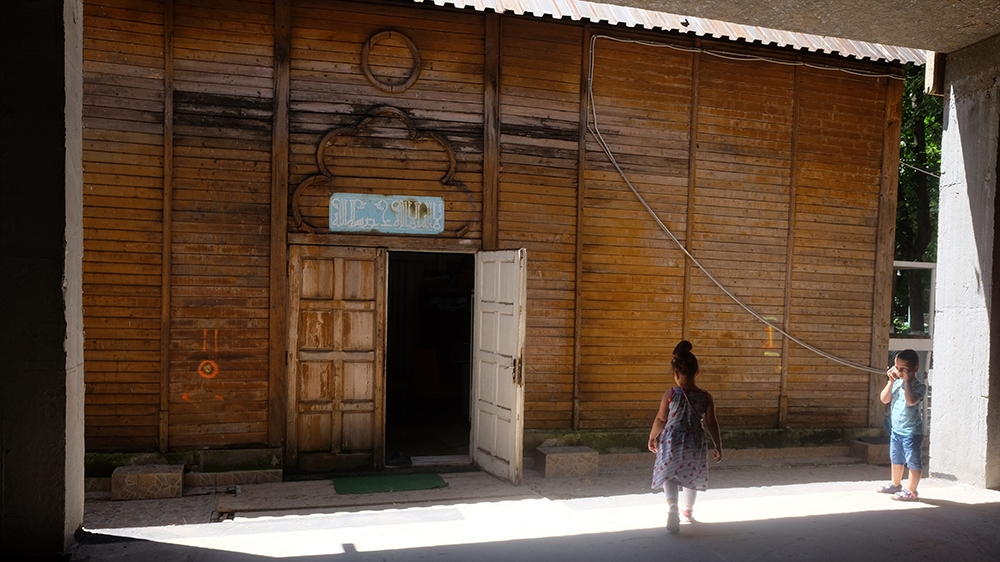 There are about 64,000 Muslims in Romania and they have largely been spared the Islamophobic rhetoric witnessed in neighbouring countries such as Hungary and Poland. In this image, Turkish children play in the yard of the Carol-Hunchiar mosque in Bucharest [Maxim Edwards/Al Jazeera]

“When Muslims here were still the majority in the 1870s, the Muslim mayor of the town of Medgidia appealed to the authorities in [Romania’s capital] Bucharest for money to build a church for the local Christians,” said Murat Iusuf, who has been Romania’s Chief Mufti since 2005, speaking to Al Jazeera from his office in Constanta.

“Records of the meeting include transcripts of the mayor’s broken Romanian. But a common language was found; it’s a good example of Dobruja’s history.”

About 26,000 ethnic Turks, 20,000 ethnic Tatars, and an undetermined number of Muslim Roma – who generally declare as Turks in censuses – form the country’s diverse Muslim community.

Turks and Tatars speak related Turkic languages and the two communities have a high rate of intermarriage.

However, some Tatars are trying, amicably, to assert their distinctiveness, highlighting their history as descendants of Tatars who fled the Crimean Peninsula after its annexation by Russia in 1783. 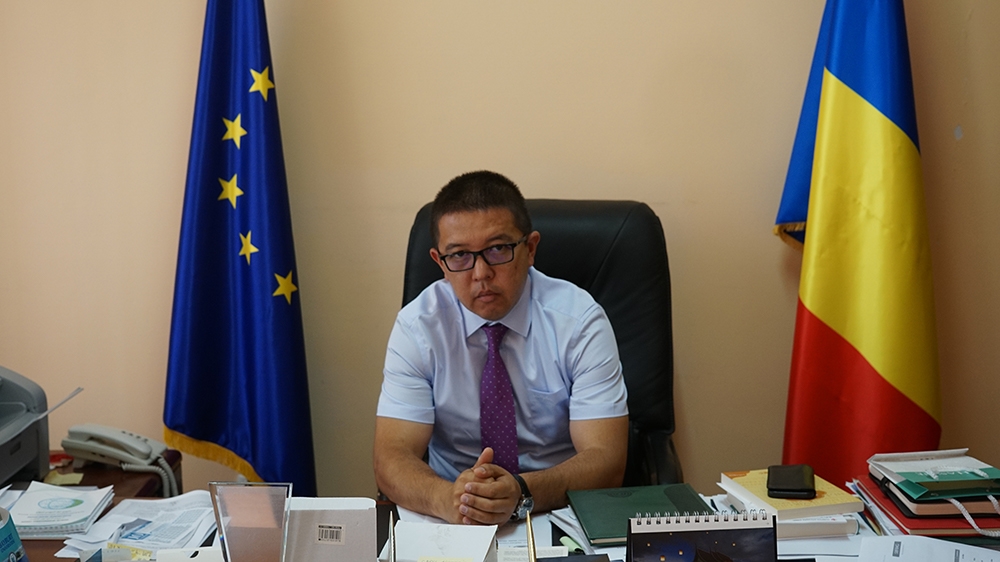 Murat Iusuf, the grand mufti of Romania, pictured at his office in Constanta [Michael Colborne/Al Jazeera]

The Tatar Community Center in the suburbs of Constanta makes that point loud and clear; its walls are covered with Crimean Tatar flags and paintings of Khans who once ruled their ancestral homeland.

“In the last 10 years, people have become more curious about their history. Turks come from the southern shores of the Black Sea and Tatars from the North,” said Dincer Geafer, chairman of the Ismail Gaspirali Tatar youth organisation and a local politician from the Tatar-Turkish Muslim Democratic Union.

Recent years have also seen the growth of a 10,000-strong Muslim community in Bucharest, comprising foreign citizens and converts.

They attend the Carol-Hunchiar Mosque on a leafy side-street in the capital, where 78-year-old Osman Aziz serves as the imam.

He remembers Romanian Islam under socialism.

From 1960 to 1962, Aziz was the imam at Ada Kaleh, an island fortress in the Danube populated by Turks, which remained Turkish territory well into the 20th century.

When the island was submerged after the construction of a dam in 1970, Aziz unsuccessfully campaigned to reconstruct the famous mosque.

For now, a more modest concrete one, under construction in the yard outside, will have to suffice.

“In any case, we managed to keep the faith alive,” he said. 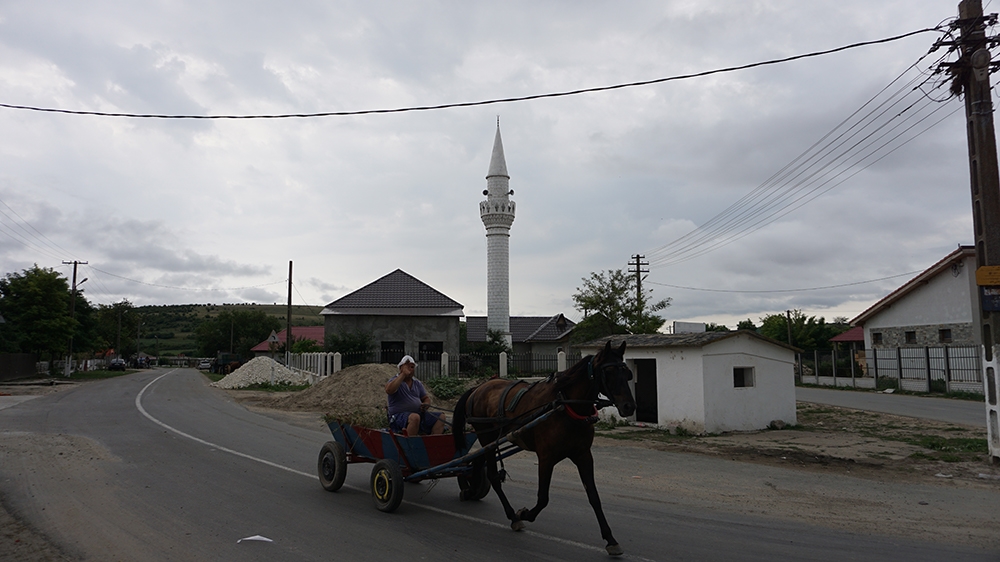 A mosque in Dobromir, a Turkish-majority village in southern Romania, near the border with Bulgaria [Michael Colborne/Al Jazeera]

Although prayer was discouraged under communism, Romania’s Muslims did not face the same level of repression as in other Eastern Bloc countries.

“Nicolae Ceausescu had good relations with several Muslim-majority states, from Iran to Lebanon and Libya; the mufti accompanied him when he visited them,” said Iusuf, adding that students and workers from some of those “brotherly socialist states” eventually moved to Romania.

But Daniyar Cogahmet, an imam in the Dobromir area near the Bulgarian border, said many mosques were sparsely attended back then, especially by young people.

Muslims were free to practice their faith, he explained, but rural poverty saw many leave villages – a reality which affected Romanians of all backgrounds.

“Because of the common language, Turks and Tatars used to go to Turkey to do odd jobs,” said Cogahmet.

By 2007, when Romania joined the European Union, that migration pattern had changed.

“Now everybody wants to go to Germany, and there are plenty of Turks there,” said Cogahmet.

People know and like their Muslim neighbours and they don’t believe everything they see on TV.

Constantin Voicu sits in his thriving vegetable garden in the village of Lespezi, Constanta, known in Turkish as Tekkekoy.

The 83-year-old told Al Jazeera how grateful his ancestors were to move here.

The poor peasants from Transylvania had been given 10 hectares of fertile land after the annexation of the region.

It was a bid to resettle the land with loyal Christians, but any grudges are in the past.

“I’m no historian, just a simple man who knows things,” said the pensioner, “but people know and like their [Muslim] neighbours and they don’t believe everything they see on TV.”

Romanian Muslims appear to have largely been spared the Islamophobic vitriol seen in neighbouring countries at the height of the refugee crisis in 2015. 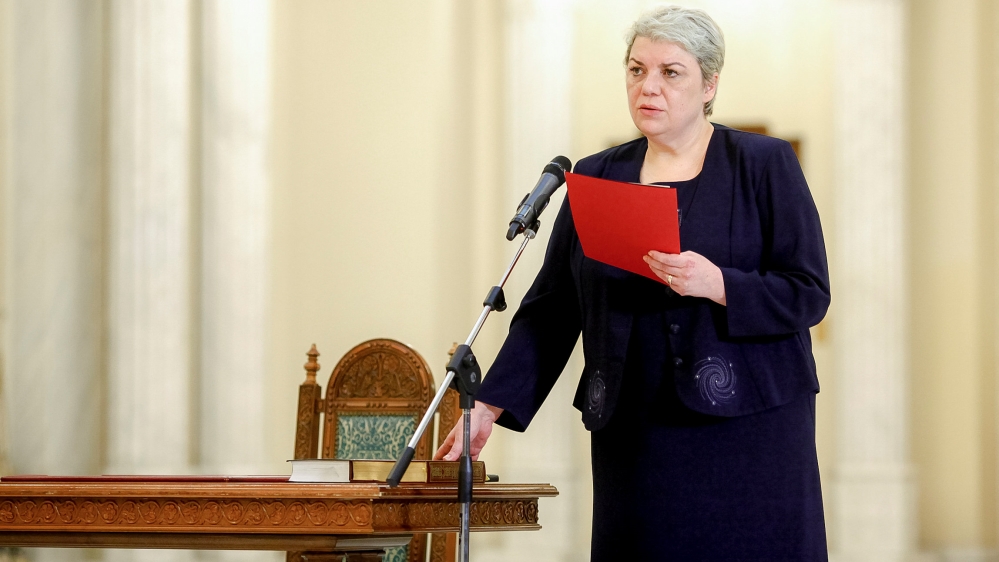 Sevil Shhaideh, a politician with the Social Democratic Party, is of Muslim Tatar descent and was nominated for prime minister in 2017 [File: Inquam Photos/Ovidiu Micsik/via Reuters]

But that year, while there were no rallies against refugees from Muslim-majority countries, protests did erupt over plans to construct a large Turkish-funded mosque in Bucharest, which was ultimately shelved in 2018.

“The presence of Muslims in Romania remains … a marginal issue on the political and public agenda,” concluded the authors of the 2017 European Islamophobia Report. “Much of society’s anger in recent years has been directed towards corruption and the ‘deep state’ rather than poor migrants or Muslims,” said Cristian Pirvulescu, a political scientist at the National School of Political Studies and Public Administration in Bucharest.

In 2017, Romania nearly got its first female Muslim prime minister when the Social Democratic Party nominated Sevil Shhaideh, a politician of Tatar descent who was serving as deputy prime minister at the time.

“You might find anti-Islamic discourse among some nationalist intellectuals, but if you stop ten ordinary people on the street here, you won’t hear it,” said journalist Vlad Stoiescu, who coordinates Sa Fie Lumina, an online magazine about religion in Romania.

“The Muslims in Dobruja are well integrated – Romanians are accustomed to their presence and so are they to the Romanians.

“When you visit those villages, take a look at the monuments to locals who in the First World War. Half the surnames on them are Turkish. They fought and died for this country.“ 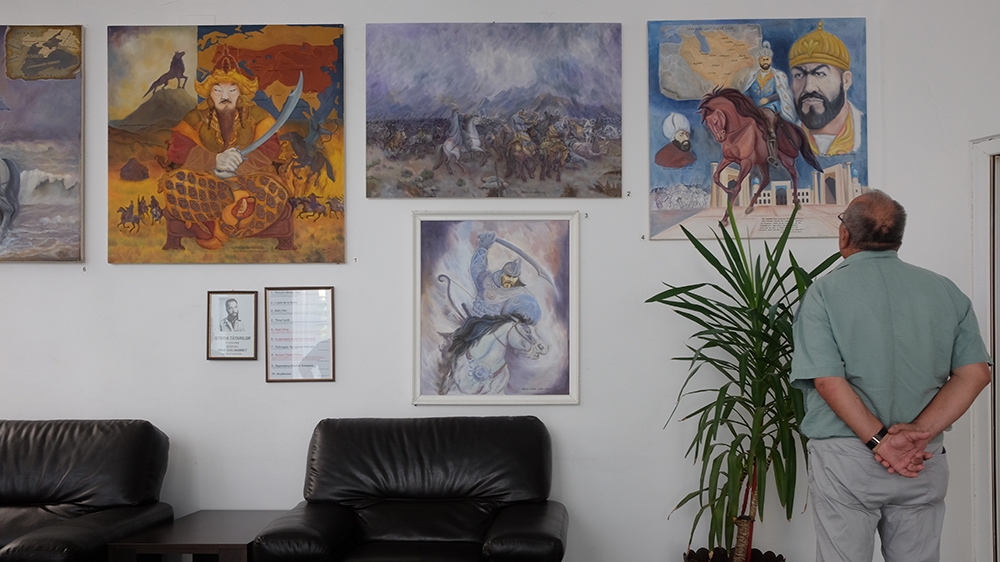 With additional reporting by Michael Colborne.

This story was supported by Reporters in the Field, a Robert Bosch Stiftung programme hosted together with n-ost, a media network.