Riyad Mahrez scored as Algeria secured a routine 2-0 Africa Cup of Nations win against Kenya in Group C on Sunday. The Manchester City... 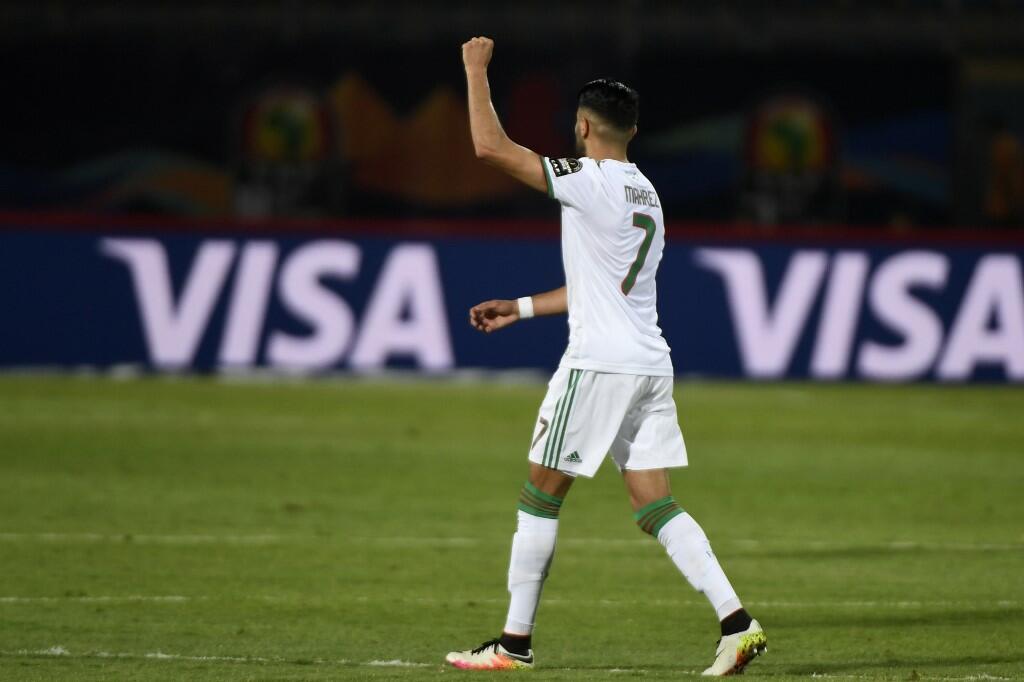 Riyad Mahrez scored as Algeria secured a routine 2-0 Africa Cup of Nations win against Kenya in Group C on Sunday.

The Manchester City star was a constant threat in Cairo as Algeria started the tournament in impressive fashion.

Having not even made it out of their group in 2017, Algeria took a deserved 34th-minute lead when Baghdad Bounedjah converted from the penalty spot.

Mahrez doubled Algeria’s advantage just before half-time with a deflected effort and Djamel Belmadi’s men comfortably saw out the second half to seal the three points.

Algeria had a chance inside 60 seconds, Bounedjah shooting wide, and it set the tone for a one-sided first half.

The chances came at regular intervals for Algeria, Mahrez having a pair of free-kicks deflected off target, while Youcef Belaili went close on two occassions.

So it was no surprise when the opening goal came, with Dennis Odhiambo conceding a penalty for his foul on Youcef Atal and Boundejah calmly stroking the spot-kick past Patrick Matasi.

And, after Boundejah headed just over, Mahrez got his goal, turning in Ismael Bennacer’s cross from 12 yards with a cool left-footed strike.

The second half was a turgid affair full of fouls and stoppages, with only Mahrez’s moments of quality bringing life to the contest.

But the job was done for Algeria, among the favourites to win the tournament, ahead of a much tougher test against Senegal on Thursday.

Kenya’s next clash is far more winnable, with the Harambee Stars set to meet Tanzania.