In the summer of 2018, with a Premier League title and all kinds of records in the bag, the question that naturally presented itself... 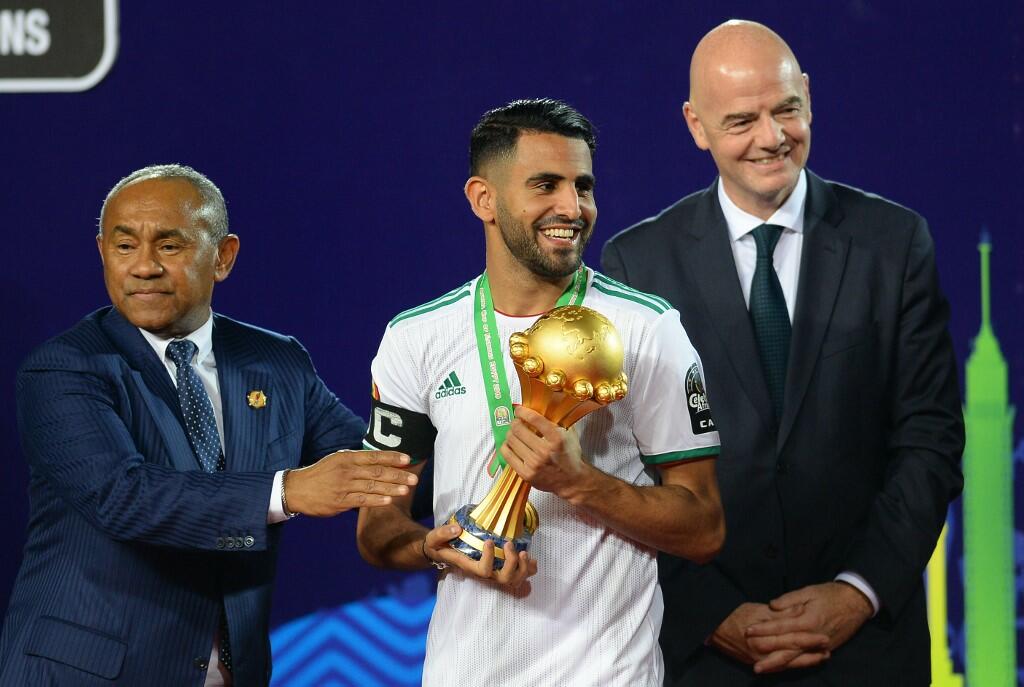 In the summer of 2018, with a Premier League title and all kinds of records in the bag, the question that naturally presented itself to Pep Guardiola was this: how do you improve on perfect?

Never before had a side in the English top flight reached 100 points in a single season, or for that matter scored over 100 goals. It was not just a quantitative excellence either; there were few apparent upgrades in any position, and yet it was necessary to make some signings, even if only for the sake of warding off the regression that can come from stasis.

However, just what level of transcendental brilliance would a player have to offer to be viewed as capable of elevating such a sleek machine?

As a result, the signing of Riyad Mahrez was viewed almost simultaneously as an indulgence and as a compliment to the player. The cost of improving upon perfection was not a slight one either: City shelled a club record transfer fee for a player who did not apparently and readily fit within the overall ethos of its playing model.

Always given free rein at his best; playmaker, conjurer and secondary goalscorer at Leicester City, the jury was immediately out on how he could be optimized by a system that placed a strict premium on wingers staying patiently wide and waiting to receive the ball in one-on-one situations.

It did not take a great deal of deductive prowess to figure out that, given Guardiola’s fully-formed tactical ideology, there would be a bedding-in period required, on both sides.

And so, as City and Liverpool duked it out for the title in 2018/2019, Mahrez cut a slightly underused figure.

Certainly in relation to Mohamed Salah and Sadio Mane, both of whom starred at the top of the scoring charts by season’s end, the Algerian was scarcely on the marquee: he started 14 games in the Premier League – fewer than half – and finished with a tally of seven goals and four assists. It was respectable, but it was nothing compared to the impact of Liverpool’s African forwards, both of whom hit 22.

Coming into the Africa Cup of Nations then, the expectation could not be greater for both Salah and Mane, and both for different reasons.

Not only were they the continent’s best, they bore a huge responsibility: with Egypt hosting, and Senegal boasting another Golden Generation, this was their moment to truly make a mark on the international stage with their respective nations.

In the eyes of most, it was hard to look beyond either of these two nations as favorites going in.

Mahrez and Algeria, by contrast, were considered well outside the top five in terms of contenders, and while their preparation had been impressive, there were doubts still over Djamel Belmadi’s tactical aptitude, as well as his hard-line attitude toward star players such as Faouzi Ghoulam.

Notably then, just as Mahrez had the last laugh in the Premier League, claiming his second league title, he would achieve a rather less likely triumph at the AFCON on Friday. As he hoisted the trophy after the final, Mane witnessed it firsthand, forlorn; Salah had already, two weeks prior, exited the competition.

It would have been ludicrous, on the eve of the competition, to suggest the Manchester City man would win a first continental trophy before the Liverpool duo.

Key to this triumph, interestingly, was Belmadi’s focus on the collective, with Mahrez fulfilling a specific brief within the side, rather than having the freedom of the final third to himself.

The contrast with Mane and Salah, both centre-pieces of their respective nations’ attacks and, as such, having almost everything good flow through them, could not be starker.

As a subplot, the idea of a late Mahrez surge for the African Player of the Year award later of the year is an interesting one.

With major tournaments gaining greater currency in the determination of individual awards, the Algerian’s AFCON triumph, now helpfully smack in the middle of the year and therefore fresher in the minds of voters, could very well tip the scales in his favor.

It would complete an unlikely – certainly at the start of 2019, with Liverpool seven points clear at the top of the Premier League, it was very unlikely – trifecta of achievement.