A human rights group has urged the Spanish football federation to consider Riyadh’s rights record in choosing its venue for the 2019 Super Cup.... 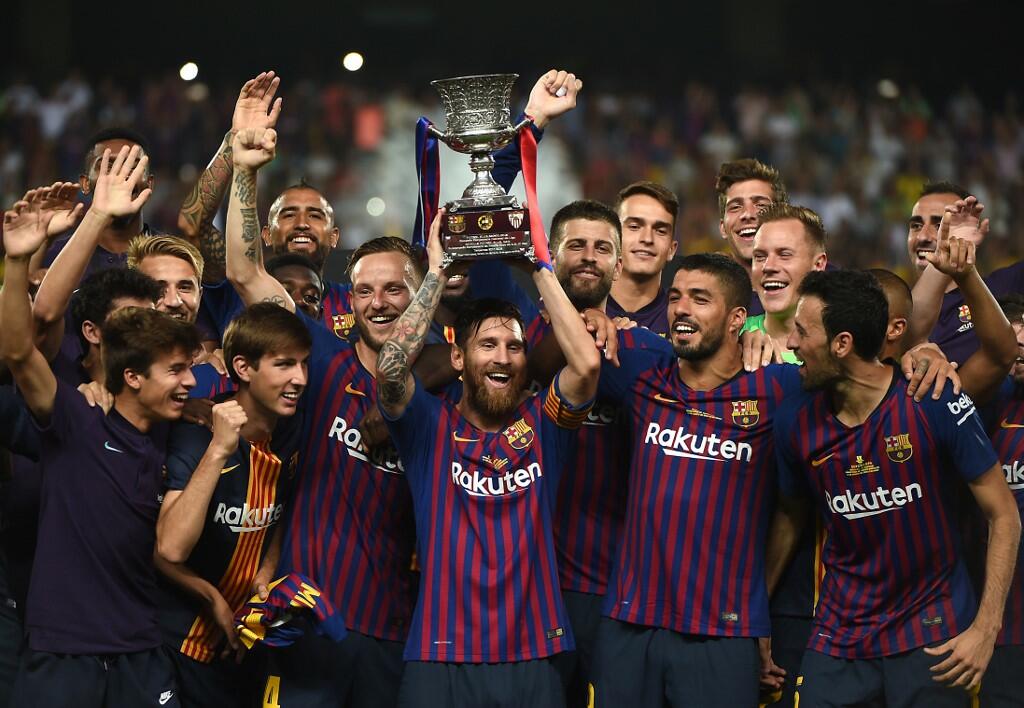 A human rights group has urged the Spanish football federation to consider Riyadh’s rights record in choosing its venue for the 2019 Super Cup.

The Spanish football federation is looking into playing its Super Cup in Saudi Arabia, prompting human rights concerns about the showpiece being staged in the kingdom.

Federation president Luis Rubiales said on Wednesday playing in Saudi Arabia is one of the options being considered for the competition from next year, as well as a ”final four” format with the top finishers in the Spanish league and the Copa del Rey.

The competition has been played in a one-game final between the champions at the beginning of the season. The idea is to play the new Super Cup in January and it will be presented during the federation’s general assembly next week.

When the Italian Super Cup was played in Saudi Arabia in January, Italian politicians and human rights activists protested, citing the assassination of Washington Post columnist Jamal Khashoggi at the Saudi Consulate in Istanbul.

The Spanish federation revealed its plans to play in Saudi Arabia a day after the mass execution of 37 men in the country, including three who were sentenced as minors.

Mary Harvey, chief executive of Center for Sport and Human Rights, said Saudi Arabia’s record should be a ”significant factor” for the Spanish federation when deciding whether to play in the country.

”Is it being considered? There are significant concerns about Saudi Arabia from a human rights perspective,” Harvey said.

Rubiales did not take questions from reporters after the event in Madrid where the Super Cup plans were floated.

He did not confirm reports the deal will be worth 30 million euros ($33 million) a year for six seasons, saying ”it will be difficult” to reach that value.

The federation president, one of the main critics of the Spanish league’s idea to play a regular-season match in the United States, said the decision would take into consideration the players’ health, noting that playing in Saudi Arabia would not affect them as much as if the game was played in the United States or Asia, where travel time and time differences were greater.

Last year’s final, won by Barcelona against Sevilla, was played in Tangier, Morocco.

The Spanish players’ association, which also complained about the Spanish league’s attempt to play in the US, did not oppose the idea of playing in Saudi Arabia.

”We weren’t against playing in the United States, what we wanted at the time was to be consulted about the idea and to give our opinion,” association president David Aganzo said Wednesday at an event organized by Europa Press. ”If the proposal for the Super Cup is good for the players, we won’t have a problem with it.”

The Spanish league had to scrap the game in Florida after Barcelona, which would have faced Girona, backed down because of the lack of consensus among the parties involved. The league said it will try playing abroad again next season.

There is also a plan by the federation to reduce the number of games in the Copa del Rey to help clear up the calendar and keep teams from playing too many matches. The competition would include single elimination matches in some rounds, instead of a two-leg series. The proposal is also expected to be presented in next week’s general assembly.

”The clubs and the players want less official matches in the calendar,” Rubiales said.

During its own general assembly later on Wednesday, the Spanish league voted not to support the changes proposed by the federation for the Super Cup and the Copa del Rey, saying the changes in the calendar must also be discussed with the league.