Latest Lungs News TUESDAY, Sept. 10, 2019 (HealthDay News) — Hookahs may be more dangerous than other types of smoking due to high levels... 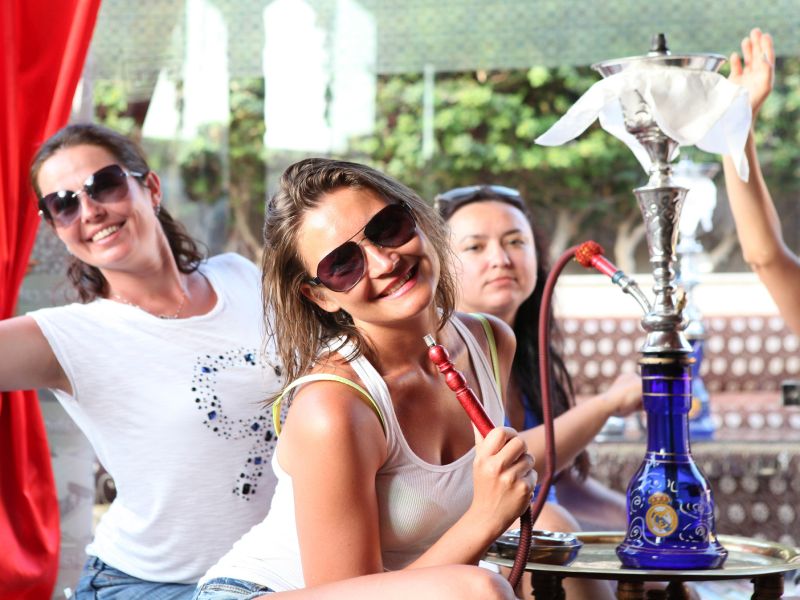 TUESDAY, Sept. 10, 2019 (HealthDay News) — Hookahs may be more dangerous than other types of smoking due to high levels of toxic chemicals, carbon monoxide and ultrafine particles, researchers warn.

Water pipes used to smoke specially made flavored tobacco have become increasingly popular, and 1 in 5 college students in the United States and Europe has tried them.

Researchers at the University of California, Irvine, measured emissions during a typical communal hookah session. The upshot: One draw from a hookah can contain as many noxious substances as an entire cigarette.

“Hookah mainstream smoke — that which is directly inhaled by the user — has many toxic and harmful chemicals, such as nicotine, which can lead to tobacco addiction; irritating carbonyl compounds; and benzine, a known carcinogen,” said study lead author Veronique Perraud. She’s an associate project scientist in the university’s Department of Chemistry.

“And due to the greater volume inhaled for every puff and the longer duration of a smoking session, the hookah oftentimes delivers a higher dose of those chemicals to the smoker,” Perraud said in a university news release.

Besides ordinary tobacco, Perraud and colleagues also tested a nicotine-free herbal mixture marketed as a healthier alternative. They found, however, that it produced higher levels of toxic gases in the mainstream smoke than tobacco.

Perraud said the study was the first to measure ultrafine particles (a diameter smaller than 100 nanometers) in hookah smoke. (By comparison, the width of a human hair is 80,000 to 100,000 nanometers). It found that smokers are exposed to a higher quantity of these particles during the first 10 minutes of hookah use.

The ultrafine particles can pose a significant health threat, because they can get deep into the pulmonary system, and the smallest ones can cross the blood-brain barrier.

“One of the big myths about hookah usage is that the water in the bowl actually filters out the toxic chemicals, providing a shield for the smoker,” Perraud said. “In the study, we show that this is not the case for most of the gases and that, possibly due to its cooling effect, water actually promotes ultrafine particle formation.”

Researchers also found that compared to cigarettes, hookah smoke has higher levels of glycerol. It’s a normally harmless substance used as a food additive, but it decomposes when heated, creating compounds called aldehydes that are irritants and potential carcinogens.

The study was funded by the U.S. National Institutes of Health and published recently in the journal Aerosol Science and Technology.

How to Quit Smoking: 13 Tips to End Addiction See Slideshow