Soon, the phrase “walking on eggshells” may gain a positive new meaning thanks to researchers from the University of Massachusetts Lowell. In their new... 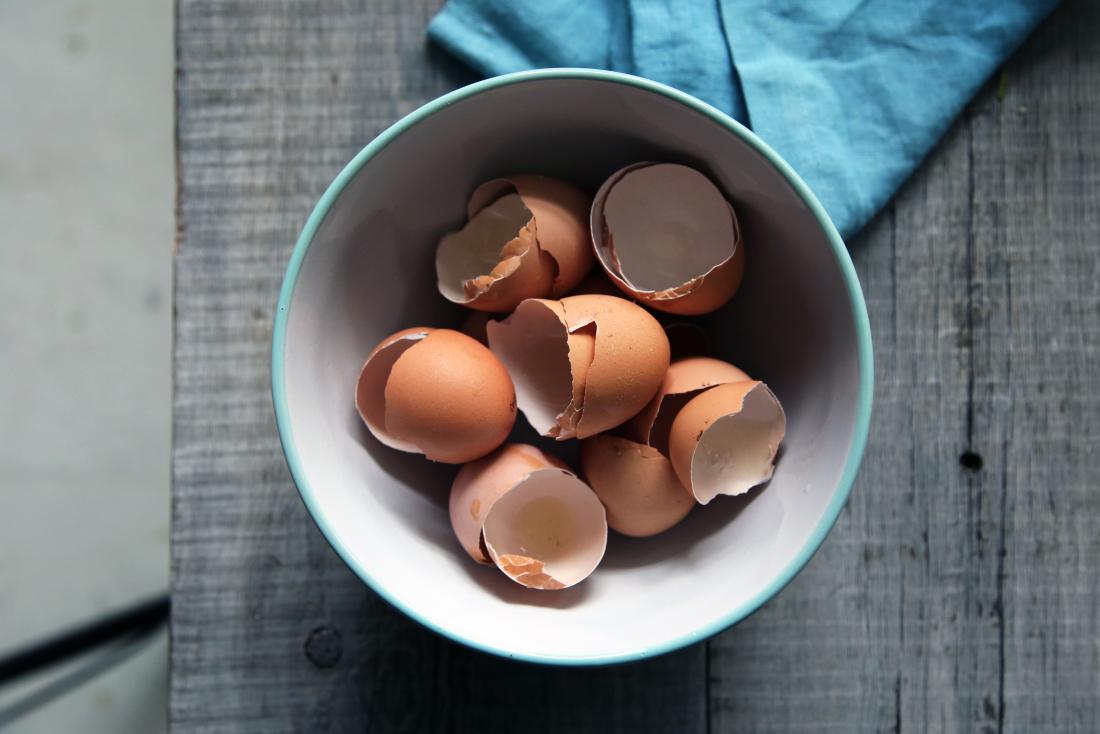 Eggshells are perhaps one of the most discarded items in kitchens around the world.

Once we break the egg to release the yolk and use it in our meals, the shells usually end up in the trash.

Yet these often discarded bits are made entirely of calcium carbonate, a substance that is crucial for maintaining bone health.

For this reason, some people crush eggshells into a fine powder that they use as a natural calcium supplement for their bones.

However, this practice also comes with risks; eggs can sometimes become contaminated with the bacterium Salmonella enteritidis, which, if ingested, can cause a salmonella infections.

Mostly, though, eggshells’ potential for health has remained untapped — until now. Researchers from the University of Massachusetts (UMass) Lowell have used finely crushed eggshells to create a biomaterial that helps bones regenerate after having sustained damage.

In their study — the findings of which now appear in the journal Biomaterial Sciences — assistant professor Gulden Camci-Unal and her colleagues from UMass have used an innovative process to create a medium that can help scientists grow new bone tissue by using eggshells.

So far, they have conducted laboratory and in vivo experiments — using a rat model — to test their novel process. Nevertheless, the scientists believe that in the not-so-distant future, their biomaterial could become available for use in humans receiving treatment for bone damage.

The researchers’ innovative process requires adding finely crushed eggshells from chicken eggs to a hydrogel mixture. This allows them to form a frame in which new bone can form from bone cells.

Because the eggshells are made up of calcium, this allows the bone cells to both develop into bone tissue and harden faster. This could also speed up healing in the context of a bone graft, which is a type of surgery wherein specialists transplant new bone tissue at the site of a damaged bone to allow it to heal.

Although in the new study the investigators tested the method in rats, they argue that it should also safely apply to humans.

In the case of humans, healthcare professionals would collect bone cells from the people that need this transplant in order to ensure that the ensuing tissue will be the correct match and that the body will not reject it.

“This is the first study that uses eggshell particles in a hydrogel matrix for bone repair,” notes Camci-Unal. She also explains that she and her team have already taken the next steps toward bringing their findings to humans.

“We have already filed a patent for it and are very excited about our results. We anticipate the process can be adapted for use in many significant ways,” she adds.

She and her colleagues note that they could apply the same process, in theory, to grow other types of tissue, including cartilage, teeth, and tendons.

The researchers also explain that using eggshells to grow tissue for transplants would additionally encourage more sustainable living, since it could help reduce waste. In their paper, the investigators write that:

“Global waste of discarded eggshells typically amounts to millions of tons annually from household and commercial cooking. Innovative repurposing of eggshells can directly impact the economy and environment, while providing enhanced solutions to unmet clinical needs.”