While investigating box jellyfish venom, researchers in Australia may have stumbled upon a potential antidote. The Australian box jellyfish is one of nature’s most... 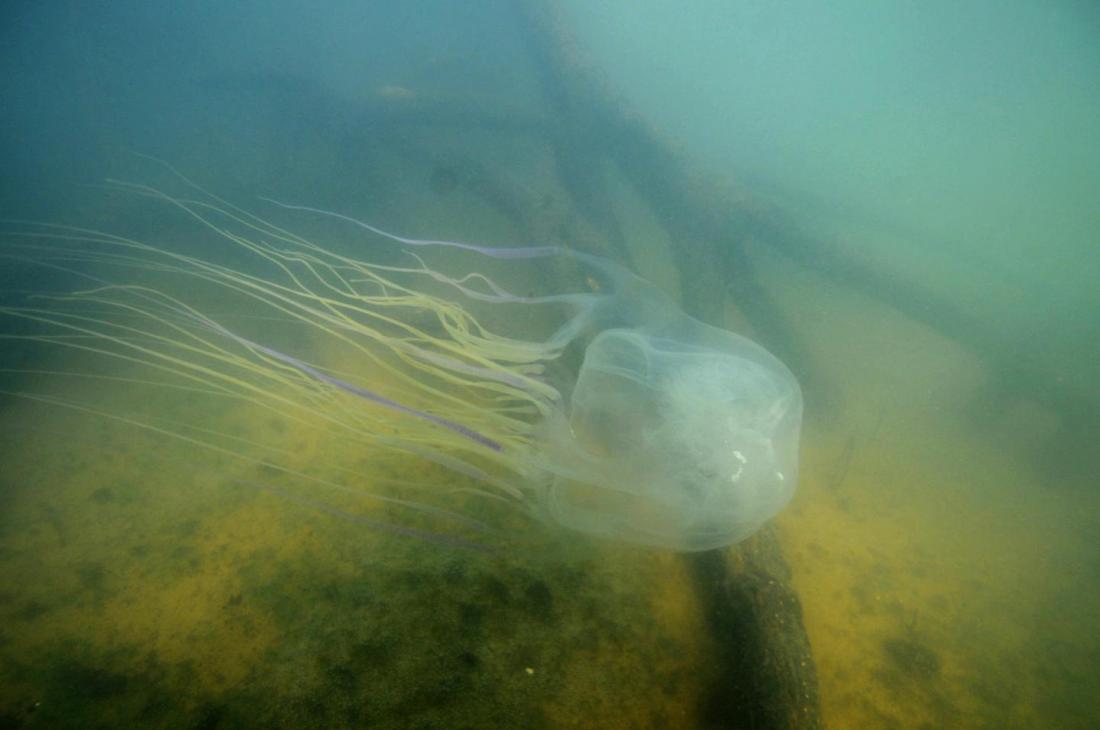 The Australian box jellyfish is one of nature’s most toxic inventions.
Image credit: Jamie Seymour

The Australian box jellyfish is the owner of a terrifying chemical arsenal; scientists consider it to be one of the most venomous animals on earth.

Each of its 3 meter-long tentacles has millions of so-called cnidocytes that stud its surface.

Once the jellyfish has delivered its venom, the poison causes tissue death, or necrosis, and extreme pain.

A firsthand account describes how, after being stung, one victim’s “first thought was that a shark had taken my right leg.”

If a recipient receives a large enough dose, the venom can cause cardiac arrest and death within minutes.

Currently, there is no reliable way to halt the action of this jellyfish venom, but researchers are keen to understand how it works and, crucially, how they can stop its destructive power.

A recent study may have paved the way toward finding an antidote. The research team recently published its findings in the journal Nature Communications.

Antidote on the horizon?

The box jellyfish, which lives off the coast of Australia and the Philippines, can actively swim, reaching speeds of more than 7 kilometers per hour. The creatures’ diet of small fish means that they are often swimming in shallower waters where humans also tend to congregate.

Currently, there is no effective treatment for box jellyfish stings; as the authors of the current study explain, “The major obstacle to developing new therapies is the limited molecular understanding of venom action.”

A group of researchers from the Charles Perkins Centre at the University of Sydney in Australia has been studying how the creature’s venom works.

“We were looking at how the venom works, to try to better understand how it causes pain,” explains Associate Professor Greg Neely, one of the study leads.

While investigating the mechanism, the scientists stumbled upon a possible way to block the action of this potent chemical.

The team used CRISPR whole genome editing techniques to identify exactly how the venom kills human cells; they refer to the process as molecular dissection.

In their study, the scientists utilized millions of human cells, knocking out a different gene in each cell. Then, they added the jellyfish venom and waited to see which cells survived. In this way, they could ascertain which genes were necessary for the venom to maintain its lethal power.

Using this process, they identified that the venom’s action relied upon cholesterol. This makes sense: cholesterol is a major component of cell membranes and is a primary target for many other toxins.

Scientists have already designed a number of drugs that interact with cholesterol. The researchers chose to test an existing drug that they also knew to be safe for humans.

First, they tested the drug on human cells in the laboratory, and when this was successful, they moved to a mouse model. Importantly, the drug prevented cell death even when the researchers applied it up to 15 minutes after they had introduced the venom.

“[W]e found it could block the tissue scarring and pain related to jellyfish stings. It is super exciting.”

Another of the lead authors, Raymond (Man-Tat) Lau, is excited about the future of this experimental process, explaining how this is the first time anyone has used molecular dissection to study the mechanisms of how a venom works.

A broader scope about how pain works

This study is just the first step toward an effective antidote, however. Although the authors are confident that the cholesterol drug will prevent skin scarring and necrosis, it is not clear whether it will also prevent heart attack.

It is also worth noting that there is more than one type of box jellyfish. The current study focused on the largest one — Chironex fleckeri, but there is another, equally deadly species called the Irukandji, which is just 1 centimeter in diameter.

The researchers are keen to continue their work and take the drug to a stage where it is marketable. In their experiments, they administered the drug intravenously, but they hope to adapt the chemical so that people can use it in a spray.

Although box jellyfish stings are uncommon, Neely and his team’s research has a much broader focus. They examine toxic creatures, hoping to develop a deeper understanding of how pain works. As Neely explains, “Most of our work is directed at developing non-addictive pain killers for humans.”