Research showed that an antibiotic mix impacted the gut bacteria in mice to the point that it slowed the growth and development of Alzheimer’s,... 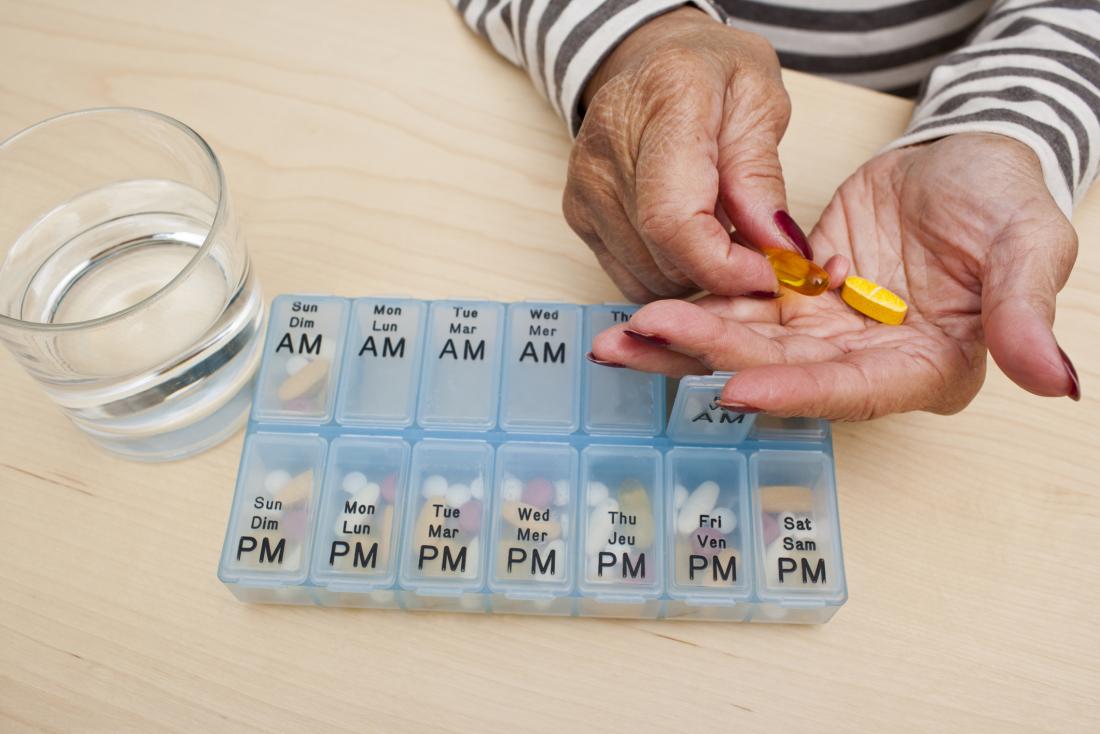 New research in mice suggests that antibiotics may reduce Alzheimer’s symptoms by impacting the gut bacteria.

The study, conducted at The University of Chicago, IL, demonstrated how long-term antibiotic use could reduce inflammation and slow the growth of amyloid plaques in male mice.

Amyloid plaques are a feature specific to Alzheimer’s disease. They form when a particular protein within the neurons of the brain buildup and clump together. These amyloid plaques disrupt brain cell function and lead to the symptoms of Alzheimer’s.

The team was led by Professor Sangram S. Sisodia, who is also the director of the Center for Molecular Neurobiology at The University of Chicago.

The team was already aware that people with Alzheimer’s showed changes in their gut bacteria, and they had previously carried out studies showing how gut bacteria could potentially affect Alzheimer’s-like symptoms in rodents.

This research found that changes to the microbiome limited the development of amyloid plaques in male mice, but not females.

Sisodia says of the research that “[w]hile compelling, our published studies on the role of the gut microbiome on amyloid plaque formation were limited to a single strain of mice.”

So, Prof. Sisodia and colleagues conducted a new study on a mouse model of Alzheimer’s disease, that scientists call APPPS1-21. They used an antibiotic combination to see how it affected the formation of amyloid plaques and the activation of microglia in the rodents’ brains. Microglia are immune cells that can cause inflammation in the brain when activated.

Prof. Sisodia and his team found that long-term antibiotic use affected the microbiome of male and female mice differently.

The researchers discovered that the antibiotics reduced the growth of amyloid plaques and changed microglia into a form that helps keep the brain healthy — but only in male mice.

For females, the gut microbiome changes affected their immune system, which increased the production of factors that could boost microglia activation. This did not happen in male mice.

The results appear in the Journal of Experimental Medicine.

To confirm their findings, the researchers transplanted fecal material from APPPS1-21 male mice that had not received the antibiotics into those that had received the long-term antibiotic treatment.

The team found that this reestablished the gut microbiome, which in turn, resulted in an increased amyloid plaque formation and activation of microglia.

Alzheimer’s disease is not a normal part of aging, although researchers note that increasing age is one of the most significant risk factors for developing the disease.

There is a possibility that genetics could play a role as well. Some research also suggests that Alzheimer’s may have connections to a variety of other health and lifestyle factors, such as obesity, heart disease, high blood pressure, and diabetes.

Alzheimer’s is a disease that gets progressively worse over time. Most people who develop this disease experience memory problems at the outset, which can manifest themselves in many ways.

This type of memory loss can interfere with daily life. As the disease progresses, people with Alzheimer’s might repeat questions or get easily lost. They may also experience trouble handling money and paying the bills or have difficulty completing routine tasks at home or work.

Also, the disease might impair their judgment, and some may experience mood or behavior changes.

Translating the findings to human patients

There is currently no cure for Alzheimer’s disease, but there are some treatments available to help people manage symptoms and others that slow down the progression of the disease.

However, research is ongoing to find a cure or treatment that halts the advancement of the disease.

This new study is promising, but the scientists need to do further research to uncover what benefit, if any, it might impart to humans.

“Our study shows that antibiotic-mediated perturbations of the gut microbiome have selective, sex-specific influences on amyloid plaque formation and microglial activity in the brain. We now want to investigate whether these outcomes can be attributed to changes in any particular type of bacteria.”