Reporter Walked Into a Prison Full of ISIS Detainees

NORTHEASTERN SYRIA — The prison guards undid a giant padlock, swung open a heavy metal door and gestured for us to enter the cell.... 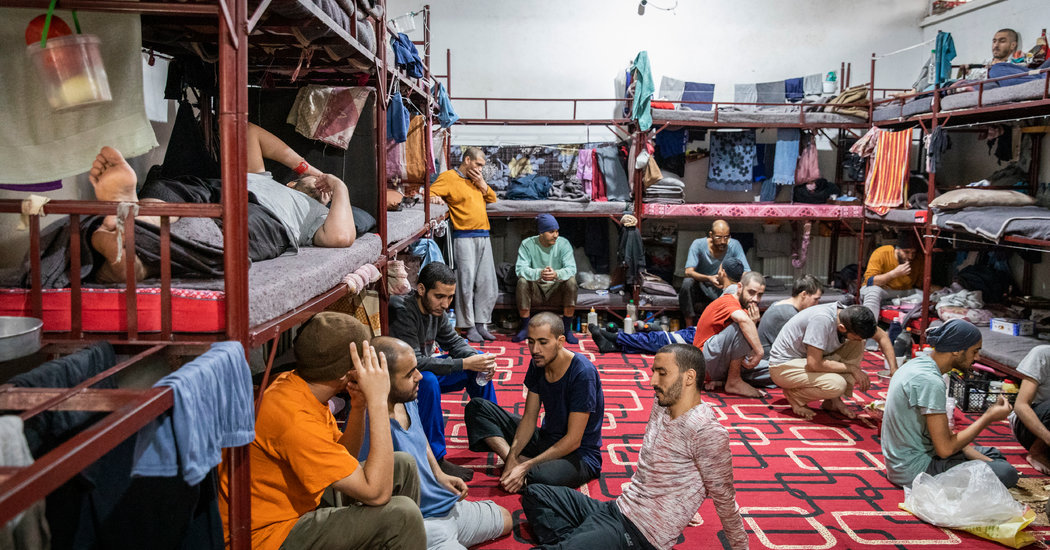 NORTHEASTERN SYRIA — The prison guards undid a giant padlock, swung open a heavy metal door and gestured for us to enter the cell. Inside were 22 prisoners who had been captured in battles with the Islamic State.

I peeked in, looked at the two unarmed guards, and hesitated.

I’m not going in there, I thought.

I took a deep breath and went in.

We were in the basement of one of a network of prisons run by Kurdish-led forces holding more than 10,000 men who once belonged to the world’s most fearsome terrorist organization.

A good portion of the detainees are foreigners — from Arab countries, Africa, Europe and the United States — but most of their countries have refused to bring them home, fearing that they could spread extremism or prove hard to keep behind bars.

That has left them stuck here, watched over by a Kurdish-led militia that allied with the United States to fight the Islamic State, and won.

Now, their status has been thrown into further uncertainty by the Turkish invasion of northeastern Syria, which has set off new violence and a scramble for influence.

In the end, will the Kurds maintain control of the prisons? Will determining these men’s fate fall to Turkey or the government of President Bashar al-Assad? Might they escape to fight another day?

At its peak, the Islamic State took pleasure in terrifying the world with acts of gruesome violence. But these prisoners — at least, by their own telling — had nothing to do with all that.

One said he had been a cook at an elementary school.

Another said he was an “administrator.” Of what was unclear.

Another claimed he was an herbalist.

One guy did say he had guarded a military base — but only for a short time.

In the four cells we visited, when I asked if anyone had been a fighter, no hands went up.

The cells were crowded, with triple-decker bunk beds, squat toilets, small windows and ceiling fans. One cell had only 16 beds for 20 men, leaving some to sleep on a black-and-red rug.

On the day we visited, lunch was boiled potatoes with cucumbers and tomatoes. The men get outside to see the sun once or twice a month.

The detention centers run by the Kurdish-led Syrian Democratic Forces in Syria’s northeast range from modified schoolhouses to government prisons the Kurds have taken over. We agreed not to divulge the location of this one.

Each cell had a television, but the guards disabled them when the recent fighting began. They did not want the prisoners inspired by the chaos to try to break out.

So the men had no idea that Turkey had invaded Syria, that the United States had broken its partnership with its Kurdish allies, and that the Syrian government and its Russian backers were moving into the void.

Many asked the same question: Is there a solution for us?

I said I didn’t know.