A meta-analysis of trials comparing the health effects of red meat consumption with those of other diets found that substituting healthful plant protein for... 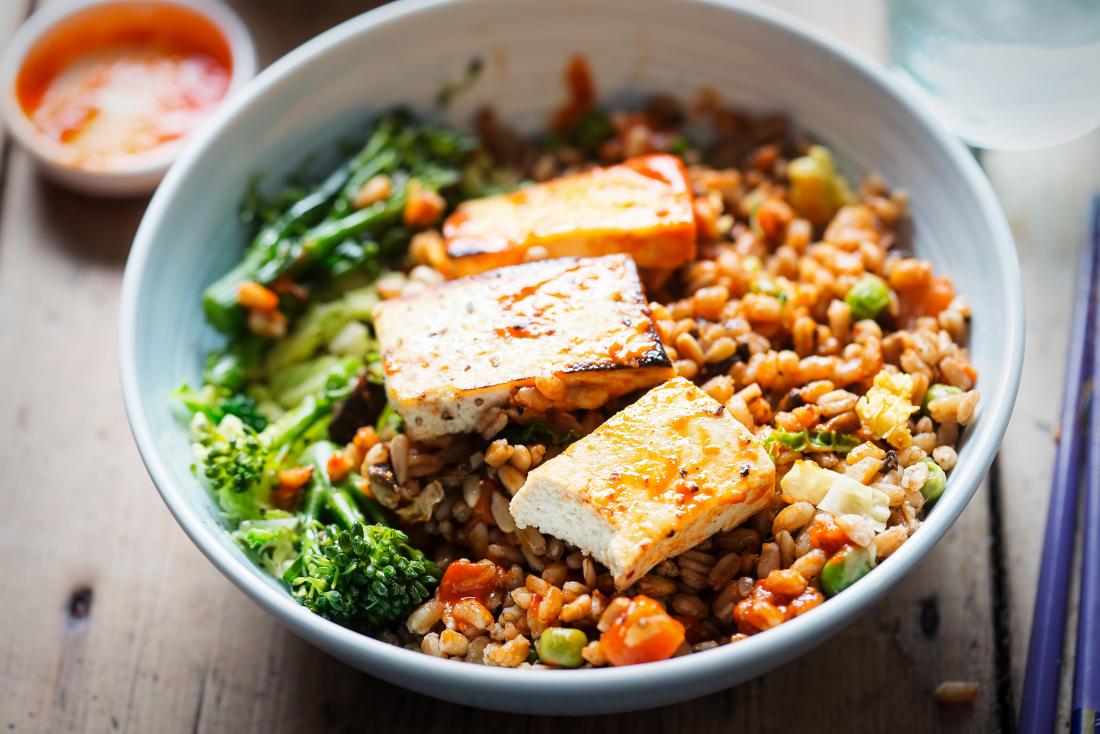 Eating plant proteins, such as tofu, may benefit cardiovascular health.

Many studies throughout the years have linked the consumption of red meat to cardiovascular disease and cancer, but the results have been inconsistent.

A 2015 study comparing the effects of plant protein and animal protein on the risk of cardiovascular disease found that the evidence was inconclusive.

Recent studies further investigated the link between red meat consumption and heart disease and found that red meat does not significantly increase the risk of cardiovascular disease when a person sticks to the recommended intake. Most of these studies focused on the potential harms of red meat, but they did not include an analysis of other specific diets.

Researchers from Harvard T.H. Chan School of Public Health in Boston, MA, and Purdue University in West Lafayette, IN, conducted the first meta-analysis of randomized controlled trials analyzing the effects of red meat by replacing it with other types of food. The results feature in the journal Circulation.

This new approach allowed researchers to examine a different side of the issue. Red meat consumption remains a very controversial topic, especially in the U.S., where the consumption of red meat per capita was more than 200 pounds in 2018, according to the U.S. Department of Agriculture.

Although red meat consumption in the U.S. is still high, chicken production and consumption have been increasing. The U.S. per capita beef consumption is down from its peak, but it is still remarkable — it is four times as high as the global average, according to the Organisation for Economic Co-operation and Development.

A recent survey showed that many people in the U.S. might be open to reducing their meat consumption in the future because they are becoming more aware of the associations that red meat has with nutritional and environmental health harms. The researchers suggested that education campaigns are necessary to accelerate the shift to a more sustainable diet.

Asking ‘Is red meat good or bad?’ is useless

In this latest study, the researchers analyzed data from 36 randomized controlled trials, which included a total of 1,803 participants. The team looked at blood pressure and blood concentrations of cholesterol, triglycerides, and lipoproteins in people who ate diets with red meat. They then compared these values with those of people who ate more of other foods, such as chicken, fish, carbohydrates, legumes, soy, or nuts.

“Previous findings from randomized controlled trials evaluating the effects of red meat on cardiovascular disease risk factors have been inconsistent,” says Marta Guasch-Ferré, lead author of the study and research scientist in the Department of Nutrition at the Harvard T.H. Chan School of Public Health.

“But, our new study, which makes specific comparisons between diets high in red meat versus diets high in other types of foods, shows that substituting red meat with high-quality protein sources lead to more favorable changes in cardiovascular risk factors.”

The findings showed that there were no significant differences in total cholesterol, lipoproteins, or blood pressure between those who ate red meat and those who ate more of other types of food. However, diets high in red meat did cause an increase in triglyceride concentrations. Conversely, diets rich in high-quality plant protein lowered the levels of bad cholesterol.

“Asking ‘Is red meat good or bad?’ is useless,” says Meir Stampfer, senior author of the study and professor of epidemiology and nutrition at Harvard T.H. Chan. “It has to be ‘Compared to what?'”

“If you replace burgers with cookies or fries, you don’t get healthier. But, if you replace red meat with healthy plant protein sources, like nuts and beans, you get a health benefit.”