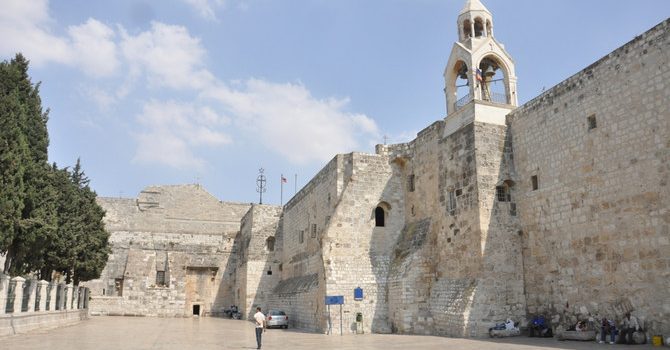 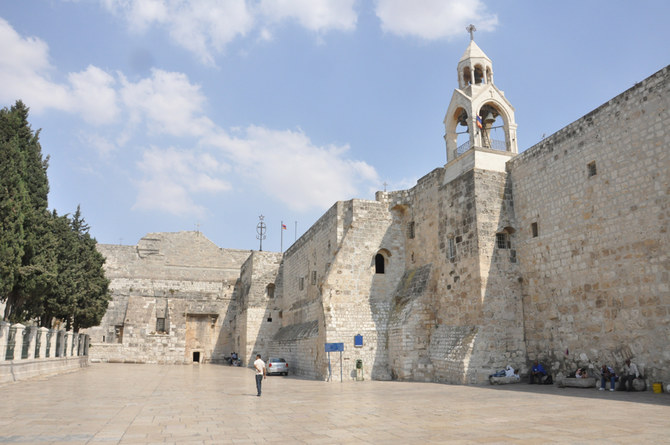 CHICAGO: Palestinian Christian Said Khoury was praying at the iconic Church of the Nativity in Bethlehem when drops of water trickled on his head from the roof above.

Maybe it was a signal from God, or just a coincidence as the rains battered the Christian town that day in the Israeli-occupied West Bank, but it moved Khoury to initiate the church renovation. Khoury and his family were evicted from their home in Safad, Palestine during the 1948 war and then fled to Yemen where they built one of the world’s largest construction companies.

Khoury approached the Palestinian government, which initially funded the campaign to repair the roof. The church, which houses the grotto where Jesus was born more than 2,000 years ago, was also in desperate need of other upgrades as it had not undergone a significant renovation since 1480.

Thanks to Khoury, who died four years ago, the renovation of the Church of the Nativity is only a few years away from completion, Mazen Karam, CEO of the Bethlehem Development Foundation — which Khoury founded — told Arab News.

The BDF continues to supervise Khoury’s vision while working with the presidential commission for the “Restoration of the Church of the Nativity,” which was formed in 2008. The commission’s work did not start until Khoury intervened in 2013.

“The focus of this initiative was launched by the late Said Tawfiq Khoury and (it) was to restore the Church of the Nativity. The last time the church was restored was 500 years ago in 1480. It was left uncared of,” Karam told Arab News.

“A lot has happened. Many earthquakes have caused some damage to the church, while there has been deterioration of the windows, roof, and insulations.”

“But it went dormant for some years until Said Khoury came and rain dropped on top of his head and he was not happy about it,” Karam told Arab News.

“This was common. It needed a visionary to see it and go take this up with the president of the country and tell him that we are not allowed to leave the church to deteriorate like this. President Mahmoud Abbas told Said Khoury we support you fully. Go and do whatever you like, whatever you want to do to restore it to its original glory.”

Karam said the church had many issues. It was deteriorating from so much damage and erosion that it was near collapse. The conflict with Israel also placed restrictions and the Palestine National Authority intervened in 2009 to establish a committee that remained dormant until Khoury stepped in.

The renovation of the church, which was commissioned by Constantine the Great around the year 330, is not only to uplift the spirits of Christians but to protect the church from collapse.

“Some of the wooden tresses that were discovered were almost to zero and about to fall. It was just in time. They were saved in time,” Karam said, noting how close the church was to structural collapse.

“And during that period after the restoration started, they filed for a World Heritage Site. But UNESCO placed it as a World Heritage Site that was endangered, which meant we had to do all the work to remove it from the danger. Now, it was removed two years ago from endangered status after all of the work that has been done by the presidential committee to restore it and we are safe now. But we have to maintain it, too. We have to come up with a way to maintain that work that we have done.”

Karem said Khoury’s focus was always on the church and he visited it many times. Khoury initiated the studies and renovations himself, and also donated more than $500,000 from his personal funds.

Renovating the church was not a simple matter, Karam said, because the church is governed under an agreement adopted in 1879, which gave the three major Christian religions separate jurisdictions over different parts of the church structure.

“The grotto is more intricate and more complicated because of the holiest parts of the church and it has to be done right so as not to cause any friction or changes to the status quo. Every piece of the Church of the Nativity was a problem. Even the light switch was the problem,” Karam said, noting that all three churches — Roman Catholic, Greek Orthodox and Armenian — must come to agreement.

The Armenians, Catholics and Greeks have each restored their convents and areas.

“The walls of the church, from the outside, were restored to the original stone as if it was quarried now and constructed now. It is a light colored Jerusalem stone that is original, all around the church, restored to its original beauty,” Karam said.

While erosion and damage has continued, renovation came slowly until Khoury initiated the project.

“When you first walked inside, there were some wood props that were supporting the arches which were damaged during an earthquake in 1927. That was exposed and the ceiling was protected and saved for the first time in about 60 years, more than, about 80 years,” Karam said.

During the renovation, architects discovered a hidden door that had been made in Armenia and donated by the Armenian Emperor many centuries before with engravings in Armenian and Arabic.

Karam said the columns were repaired, and the church’s original flooring was covered in ceramic mosaic tiles, which are actually two feet below the current floor of the church. Parts of that original floor were exposed and cordoned off so visitors to the church could see more of the mosaic flooring that was only partially exposed previously.

The renovation has restored the famous “Seven Angels” that are pointing to the grotto where Jesus was born. There are mosaic paintings on the walls inside the church including of Jesus’ family lineage, a depiction of Saint Thomas feeling Jesus’ wound after his crucifixion and a mosaic of the Palm Sunday, Karam said. Below that is the Orthodox chapel and the grotto. But the floor there is not yet restored but is part of the remaining work to be done, he said.

Karam said that the renovations were delayed during the past two years by many factors.

“The works were supposed to be completed by 2018 but there were not enough funds to complete and then the pandemic hit us. This delayed us too much from fundraising and also for the work to continue,” Karam said.

“Now, we expect completion maybe in one year provided we get the funds available, about $2 million for the stone tiling and the tiling of the promenade outside.”

Karam said that there will also be a sprinkler system installed to prevent fires.

Smoke from lighted candles also damaged the mosaics so vents were installed for the smoke to be expelled from the church.

“The renovations will ensure that the Church of the Nativity survives for the next 2,000 years,” Karam said.