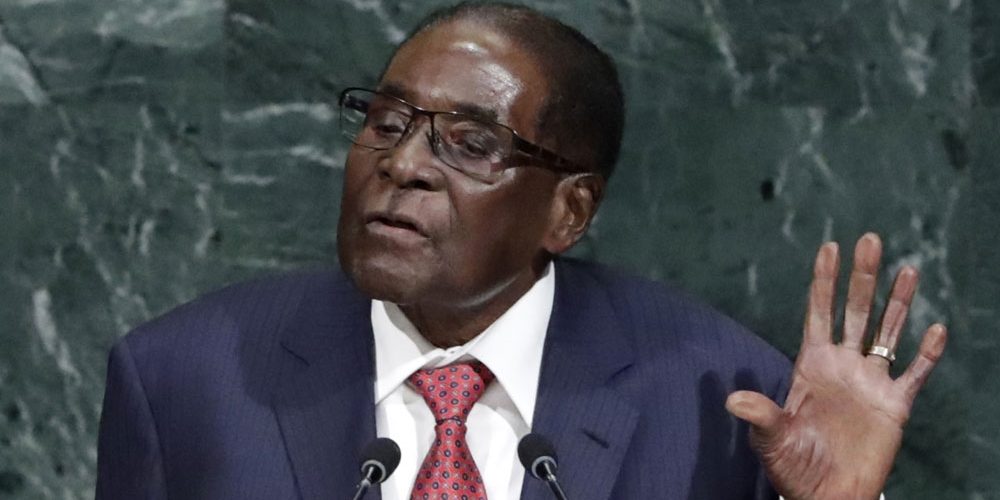 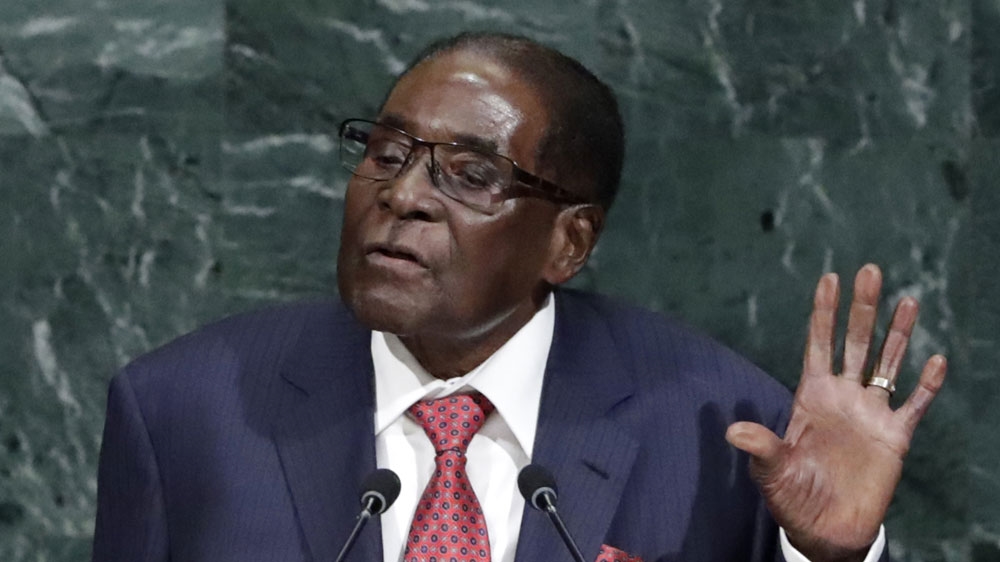 Zimbabwe’s Former President Robert Mugabe has died aged 95. The death was announced by his succesor Emmerson Mnangagwa who mourned him as an “icon of liberation.”

“It is with the utmost sadness that I announce the passing on of Zimbabwe’s founding father and former President, Cde Robert Mugabe,” Mnangagwa wrote.

Mugabe, the world’s oldest head of state before his resignation in 2017, was the only leader Zimbabweans knew since indepedence in 1980.

During his 37-year rule of Zimbabwe, the leader built up an impressive amount of controversy, mostly by using colourful language.

Below Al Jazeera lists his most famous quotes:

“Africa must revert to what it was before the imperialists divided it. These are artificial divisions which we, in our pan-African concept, will seek to remove.” – Speech at Salisbury, 1962

“Stay with us, please remain in this country and constitute a nation based on national unity.” – A plea to the white population of Zimbabwe at a Zanu-PF rally, 1980

“Only God, who appointed me, will remove me – not the MDC, not the British. Only God will remove me!” – Election rally, 2008. MDC is an opposition party.

“Our party must continue to strike fear in the heart of the white man, our real enemy.” – Zanu-PF rally, 2002

“We ask, was he born out of homosexuality? We need continuity in our race, and that comes from the woman, and no to homosexuality. John and John, no; Maria and Maria, no. They are worse than dogs and pigs. I keep pigs and the male pig knows the female one.” – ZDC radio interview, 2015

“We equally reject attempts to prescribe ‘new rights’ that are contrary to our values, norms, traditions, and beliefs. We are not gays!” – UNGA, 2015

“We are still exchanging blows with the British government. They are using gay gangsters. Each time I pass through London, the gangster regime of Blair ‘expresses its dismay’.” Reference to an incident in which human rights campaigner Peter Tatchell attempted a citizens’ arrest on Mugabe during a visit to London in October, 1999

“I am still the Hitler of the time. This Hitler has only one objective: justice for his people, sovereignty for his people, recognition of the independence of his people and their rights over their resources. If that is Hitler, then let me be Hitler tenfold. Ten times, that is what we stand for.” – State funeral of a Cabinet minister, 2003

“Our economy is a hundred times better, than the average African economy. Outside South Africa, what country is [as good as] Zimbabwe? … What is lacking now are goods on the shelves – that is all.” – Interview, 2007

“I have died many times – that’s where I have beaten Christ. Christ died once and resurrected once.” – To state radio on 88th birthday

“Cricket civilises people and creates good gentlemen I want everyone to play cricket in Zimbabwe; I want ours to be a nation of gentlemen.” – This is a widely reported quote, but it was unclear when Mugabe said this.

“Let Mr. Bush read history correctly. Let him realise that both personally and in his representative capacity as the current president of the United States, he stands for this ‘civilisation’, which occupied, which colonised, which incarcerated, which killed. He has much to atone for and very little to lecture us on the Universal Declaration of Human Rights. His hands drip with [the] innocent blood of many nationalities.” – UNGA, 2007

“I’ve just concluded – since President Obama endorses same-sex marriage, advocates homosexual people, and enjoys an attractive countenance – thus if it becomes necessary, I shall travel to Washington, DC, get down on my knee, and ask his hand.” – ZDC radio interview, 2015

“Some of us were embarrassed, if not frightened, by what appeared to be the return of the biblical giant gold Goliath. Are we having a return of Goliath to our midst, who threatens the extinction of other countries?” – UNGA, 2017

“May I say to the United States President, Mr Trump, please blow your trumpet. Blow your trumpet in a musical way towards the values of unity, peace, cooperation, togetherness, dialogue, which we have always stood for.” – UNGA, 2017

On grooming a successor:

“Grooming a successor, is it an inheritance? In a democratic party, you don’t want leaders appointed that way. They have to be appointed properly by the people.” – TV interview, 2016