Turkey has been a key transit point for migrants and refugees aiming to cross into Europe A rubber boat carrying... 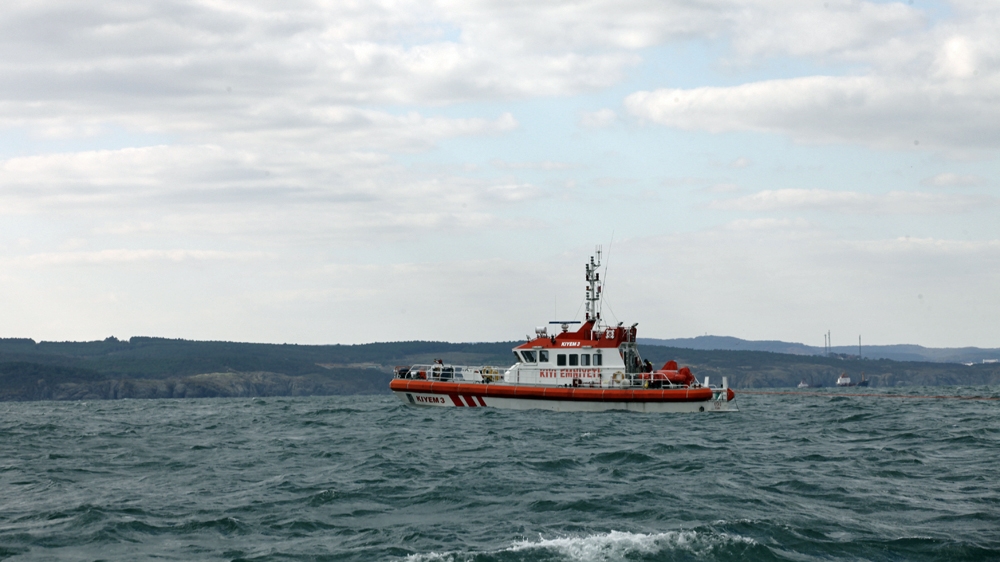 Turkey has been a key transit point for migrants and refugees aiming to cross into Europe [File: The Associated Press]

A rubber boat carrying refugees and migrants sank off the coast of western Turkey on Monday, leaving one child dead and another missing, security sources said.

The Turkish coastguard rescued 33 of 35 people on board after the boat sank off the Ayvalik district of western Balikesir province due to unknown causes, said the sources, who spoke on condition of anonymity due to restrictions on talking to the media.

Rescue operations were under way for the missing baby, the sources said.

The refugees and migrants were attempting to cross to Europe over the Aegean Sea.

Turkey has been a key transit point for migrants and refugees aiming to cross into Europe to start new lives, especially those fleeing war and persecution.

The migration trend gained momentum with the unrest in the Middle East, especially since the beginning of the Syrian civil war in 2011.

About 268,000 refugees and migrants were held in Turkey in 2018, according to the Ministry of Interior.