SAN FRANCISCO (AP) — Tampa Bay manager Kevin Cash kept getting the most from his pitching staff, moving reliever Adam Kolarek to first base... 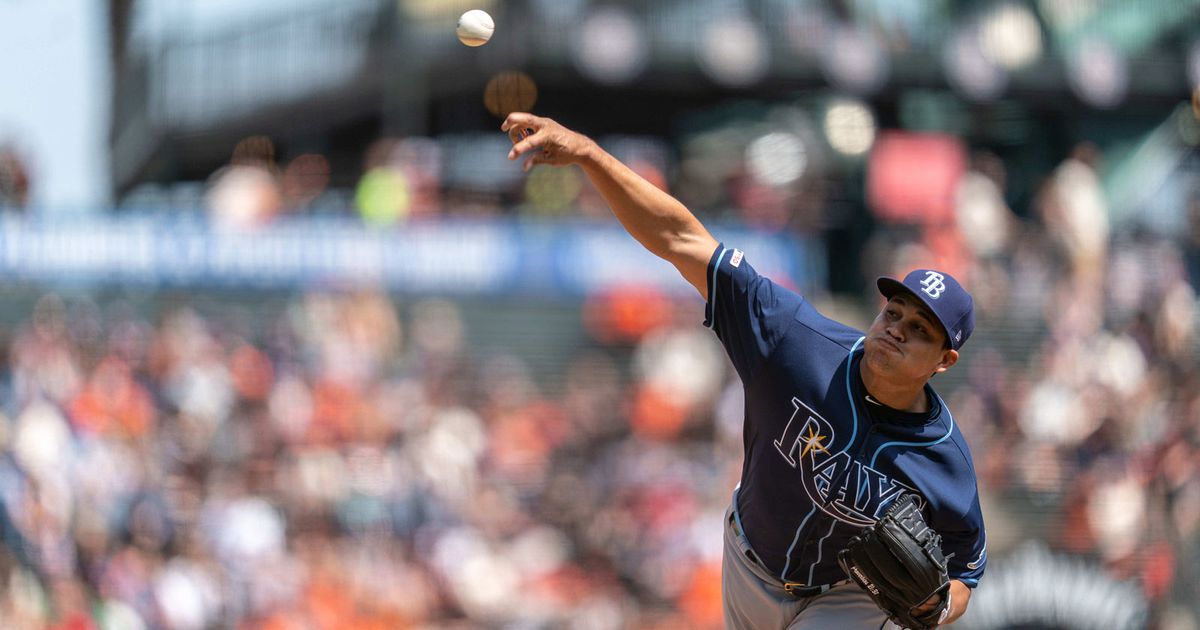 SAN FRANCISCO (AP) — Tampa Bay manager Kevin Cash kept getting the most from his pitching staff, moving reliever Adam Kolarek to first base in a piece of matchup strategy, and the Rays blanked the San Francisco Giants 3-0 Sunday.

Yandy Diaz homered on the second pitch of the game and Yonny Chirinos (2-0) threw five scoreless innings. The Rays have opened the season with three straight series wins for the first time in franchise history.

Kolarek pitched a perfect sixth inning to protect a 2-0 lead, then had two different stints on the mound in the seventh. The left-hander gave up a leadoff single to pinch-hitter Yangervis Solarte before shifting over to play first base — it was his first time in the majors at a position other than pitcher, and allowed the Rays to bring in right-hander reliever Chaz Roe.

Roe struck out righty-hitting Evan Longoria and exited. Kolarek returned to the mound, struck out lefty-swinging Brandon Belt, gave up another single and was replaced for good by Diego Castillo.

Cash used relief pitchers as starters for an inning or two last year with great success. Chirinos made his second strong appearance this season, allowing two hits and a walk and striking out five. On March 31 versus Houston, he gave up one run on two hits in seven innings.

The Rays’ other runs came on Christian Arroyo‘s RBI single in the fourth and when Kevin Kiermaier tripled in the eighth and scored on a balk.

Rays: Cash said infielder Joey Wendle, who has been on the 10-day disabled list since April 1, won’t be ready to play for a few days even after he’s eligible to come off the DL on April 11.

Giants: RHP Johnny Cueto is eligible to come off the 60-day disabled list on April 14 after having Tommy John surgery last year. . C Buster Posey got a rest day on Sunday.

Rays: LHP Blake Snell (1-1, 3.46) takes the mound as the Rays continue their nine-game road trip at the Chicago White Sox.

Giants: LHP Madison Bumgarner (0-2, 1.38) pitches against San Diego as San Francisco plays the fourth game of its 10-game homestand. Bumgarner is 1-5 in his last eight starts against the Padres.