Rajai Davis is the next man up in the Mets’ injury-riddled outfield. He’s already running (well, trotting) with the opportunity. His first at-bat with... 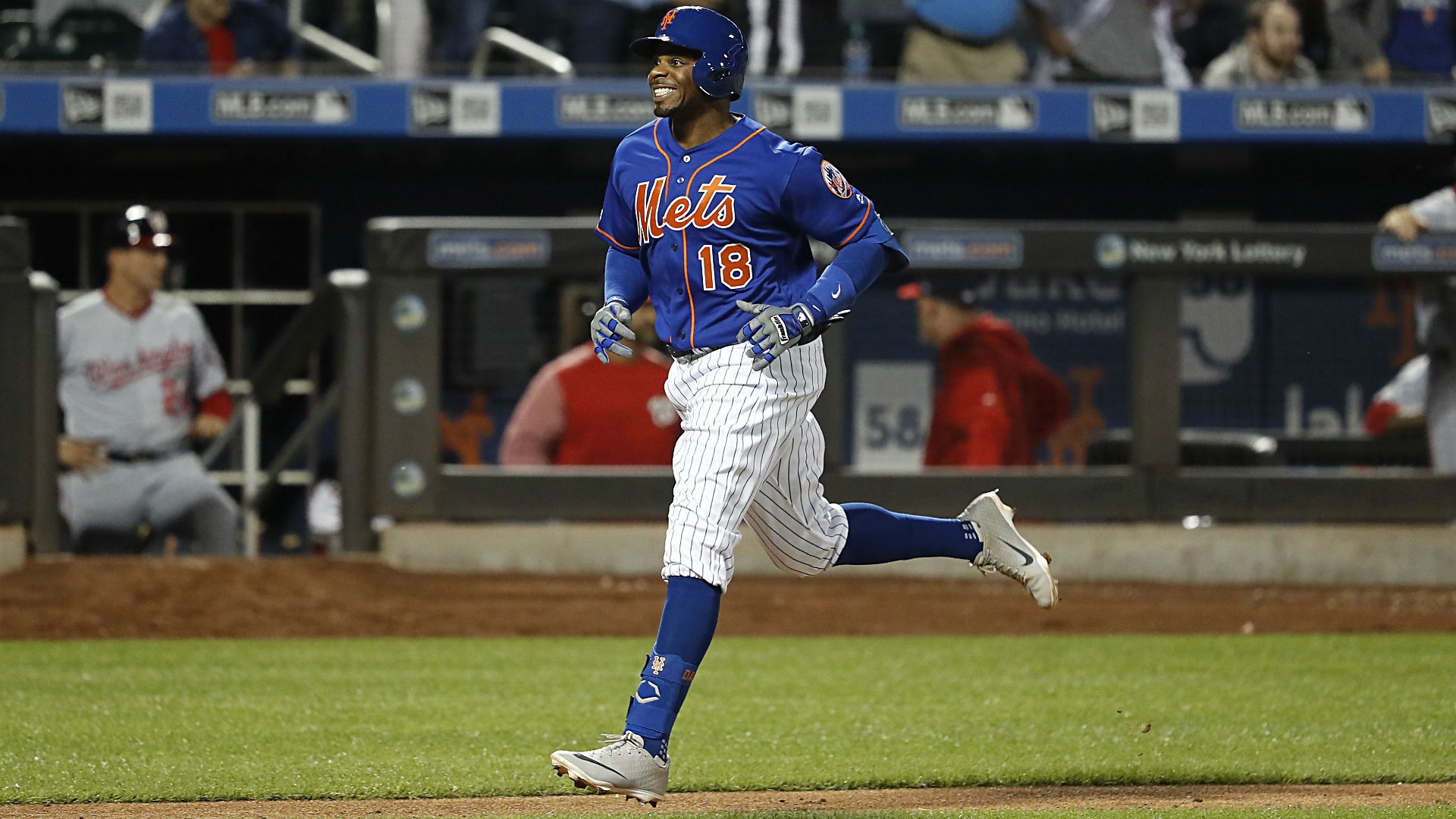 Rajai Davis is the next man up in the Mets’ injury-riddled outfield. He’s already running (well, trotting) with the opportunity.

“I was trying to make an impact right away and I was fortunate enough to be able to be put in that position, to make something happen,” Davis told reporters, per Yahoo Sports’ Wallace Matthews.

Davis, 38, arrived at Citi Field during the game after beginning the day in Allentown, Pa., with the Mets’ Triple-A team. He was called up to replace Brandon Nimmo (neck) on the major league roster.

A whirlwind account of Davis’ journey to Flushing, per Newsday’s Tim Healey.

Rajai Davis took BP at Lehigh Valley, found out he was getting called up around 5 p.m. He took a two-hour Uber to Queens.

Davis said he had great conversation with his driver, Jason, who was happy to make the drive.

“We were both excited,” Davis said. https://t.co/bxoTdufmSj

Rajai Davis got to Citi Field during the third inning, Mickey Callaway said. He got lost trying to find the Mets’ clubhouse and had to ask for directions, saw Callaway for the first time in the fifth. And, of course, homered in the eighth.

Davis should have time to settle into a semiregular role while Nimmo, Michael Conforto (concussion) and Jeff McNeil (hamstring) all deal with health issues. Nimmo and Conforto are on the injured list and McNeil is day to day.

Davis can team up with Juan Lagares, the other hero of Wednesday’s victory, and fellow recent call-up Carlos Gomez to improve the Mets’ outfield defense. He’s still fast enough to be a true basestealing threat. He swiped 21 bags last year as a backup with Cleveland. He already has a comfort level with Mets manager Mickey Callaway, who was the Tribe’s pitching coach in 2016, Davis’ first year in Cleveland.

“Everybody loves Raj. He’s the man,” Callaway said, per Healey.

And, as Davis showed in his Mets debut, he can still hit left-handers.

(About that: Yes, the home run looked very much like the one he hit for the Indians off Cubs closer Aroldis Chapman in Game 7 of the ’16 World Series. No, there’s no other real comparison, even if Wednesday’s dinger brought back great memories for Callaway, as MLB.com noted. The latest homer came in May for a sub-.500 team against another sub-.500 team. Besides, Cleveland lost that Game 7.)