Raikkonen closes in on 40, still racing in F1

SHANGHAI (AP) — What’s Kimi Raikkonen’s secret to Formula One longevity? He started in F1 in 2001, won the season championship in 2007 and... 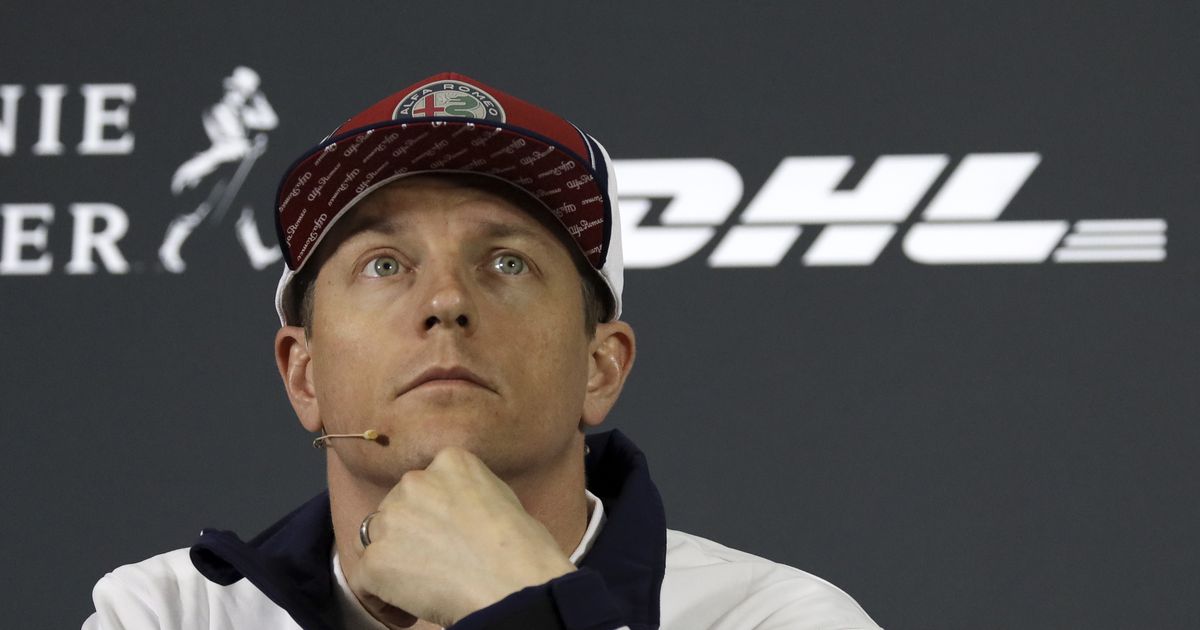 He started in F1 in 2001, won the season championship in 2007 and has driven for the sport’s biggest names in Ferrari and McClaren. His name is spread all around the F1 record books.

He’ll be 40 before this season ends, and he’s still at it. This season he’s with Alfa Romeo, which is the old Sauber team renamed — the same Sauber he started with almost two decades ago.

“I don’t have any special thing that I try to motivate myself,” he said Thursday, looking ahead to Sunday’s Chinese Grand Prix. “It’s become more of a hobby for me, maybe more than anything else. And probably that’s why it’s fun again.”

Ferrari dropped him after last season, going instead with 21-year-old Charles Leclerc of Monaco. Raikkonen has scored points in the first two races, finishing eighth in Australia and seventh in Bahrain. That’s about as good as possible behind F1’s three dominant teams — Mercedes, Ferrari and Red Bull.

“I always try to do the best that I can,” he said. “Some days it goes a bit better than others. But that’s how it goes. (Motivation) has never really been an issue.”

Raikkonen said he “didn’t really have any goals” going into this season, and he said he’ll know it’s time to retire when his performance is “not what I expect from myself.”

F1 is billing the Chinese Grand Prix as its 1,000th race. This distinction requires some creative math.

Officials list the first race as the British Grand Prix on May 13, 1950, at Silverstone, the former World War II airfield in south England. The winner was Guiseppe Farina, driving for Alfa Romeo.

One counting problem is the inclusion of the Indianapolis 500 on the F1 calendar between 1950 and 1960, though few F1 drivers ever competed there — and Indy ran by its own set of rules.

Raikkonen has been around so long that Mexican driver Sergio Perez, 29, joked that he recalled getting interested in the sport by watching “Kimi back then at a very young age.”

Raikkonen has won 21 times in F1 and might have won more had he not been away two seasons driving rally cars.

The 1,000 mark prompted Haas driver Romain Grosjean to speculate about what car racing might look like 50 years from now — perhaps another 1,000 races down the road.

“I’ve got no idea what the cars are going to be like in 40 or 50 years,” he said. “The only think I’ll say: I hope there is still going to be a driver driving the car because that’s where the emotions go. If it’s just robots, it’s not going to be much fun.”