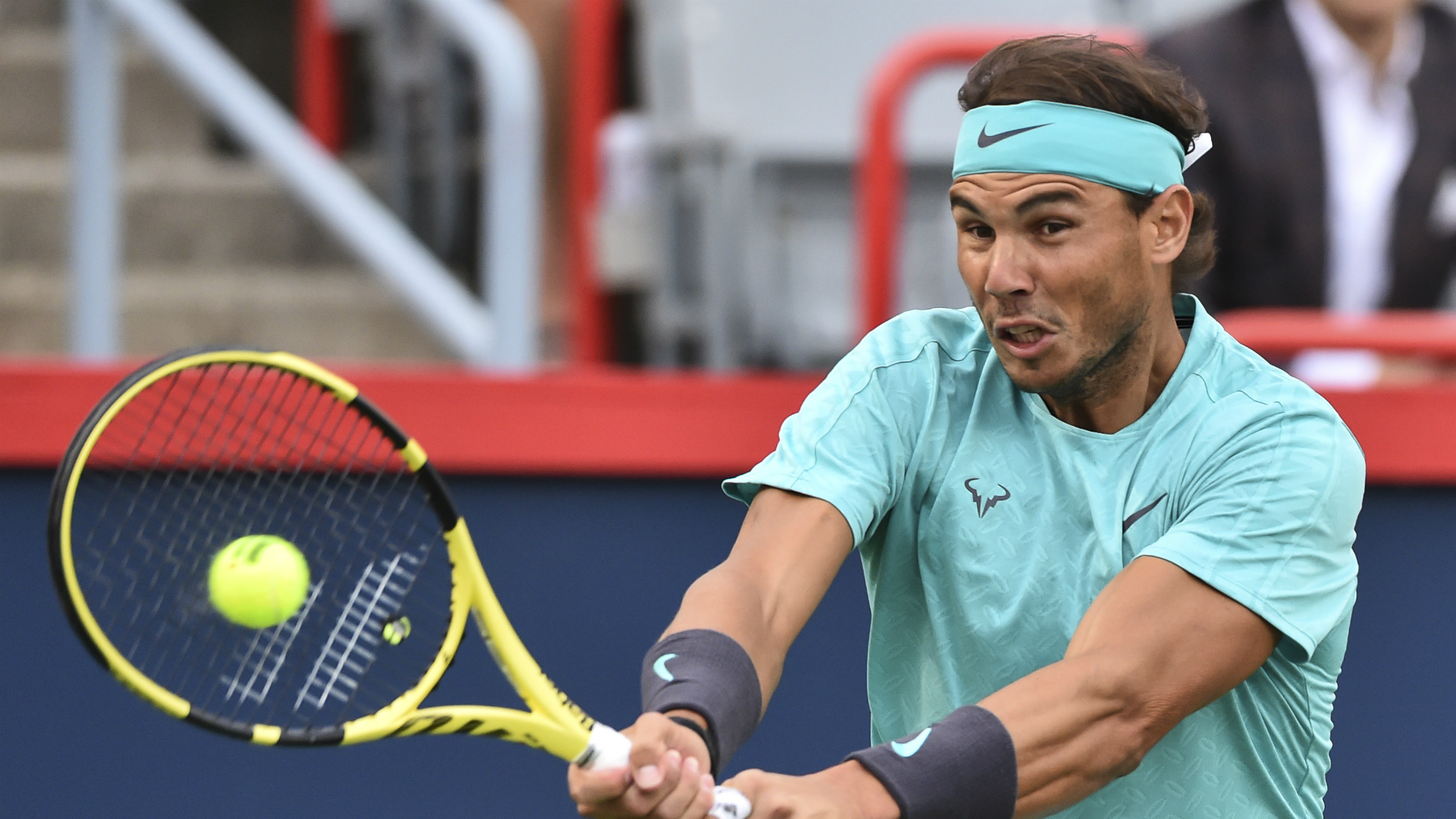 Rafael Nadal landed his fifth Rogers Cup title with a thumping victory against Daniil Medvedev in the Montreal final.

Defending champion Nadal was always in charge and the 18-time grand slam champion completed a 6-3, 6-0 win in one hour and 10 minutes.

Medvedev, the 23-year-old eighth seed from Russia, had enjoyed a terrific week and his victories included topping Austrian world No. 4 Dominic Thiem in the quarterfinals.

However, in his first meeting with Nadal he was put firmly in his place by the Spaniard, whose domination of the second set showed what a trophy threat he is sure to be at the upcoming U.S. Open.

Nadal improved his all-time record for the most Masters 1000 titles to 35 ⁠- now two ahead of closest rival Novak Djokovic.

He clinched the first set with a ferocious forehand pass, and wrapped up the title when his opponent hoisted a backhand over the baseline.

For Nadal it was a third title of the year, after two on clay including the French Open, and the 33-year-old said on ATP Tennis TV: “It’s so important to be back on hard court and win again, another big title. That’s confidence for what’s going on.

“Today’s just about enjoying this title, this Masters 1000. It’s so important – it’s not a tournament you are able to win every day.”

Medvedev also lost a title match in the Washington Open a week earlier, when he was beaten by Nick Kyrgios, but this was his first Masters 1000 final, a significant step forward in his career.

Addressing Nadal at the trophy presentation, Medvedev said: “You’re an amazing champion of our sport and it’s an honor for me to first play against you.

“Of course I wanted another result but you’re amazing, you played an amazing tournament and congrats to you.”