Racers Gearing Up To Take Part In The Grueling Dakar Rally

Racers gearing up to take part in the grueling Dakar Rally being staged in Saudi Arabia were on Thursday given the green light to... 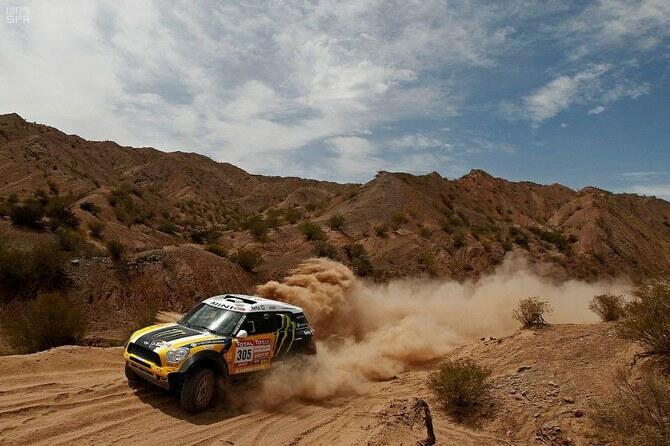 Racers gearing up to take part in the grueling Dakar Rally being staged in Saudi Arabia were on Thursday given the green light to submit their applications.

The Kingdom’s General Sports Authority (GSA) announced that drivers wishing to participate in the 2020 race, can register through the rally’s official website at https://competitors.dakar.com

Preparations for the famous motorsport event are already well underway, with 330 vehicles representing 60 nations expected to tackle the punishing 9,000 km route between Jan. 5 and 17.

The race will consist of four categories, namely motorbikes, quads, cars and trucks. Participants will start in Jeddah, passing through a vast area taking in the Saudi Red Sea Project (a luxury tourism development) and the futuristic $500 billion NEOM megacity scheme, the most ambitious building program in the world.

Drivers will then enter the northwestern city of Hail, as part of Hail International Rally, before reaching Riyadh, where they will rest for a day.

From the Saudi capital, the rally will speed off to the Eastern Province, heading through the Empty Quarter desert before the race ends at Al-Qiddiya.

The first edition of the race, which will run in the Kingdom for 10 years, is being jointly organized by the GSA, the Saudi Arabian Motor Federation and Amaury Sport Organization.

It will be the first time the Dakar Rally is held in the Middle East and the race is set to be the largest, longest, hardest and most exciting in its 40-year history.

The annual multi-stage rally has been held in South America since 2009 after being relocated from Africa due to terrorist threats in Mauritania, which led to its cancelation in 2008.

Dakar director, David Castera, has described the relocation to Saudi Arabia as “a voyage into the unknown.” He added: “By going to Saudi Arabia, it is of course that aspect that fascinates me.”