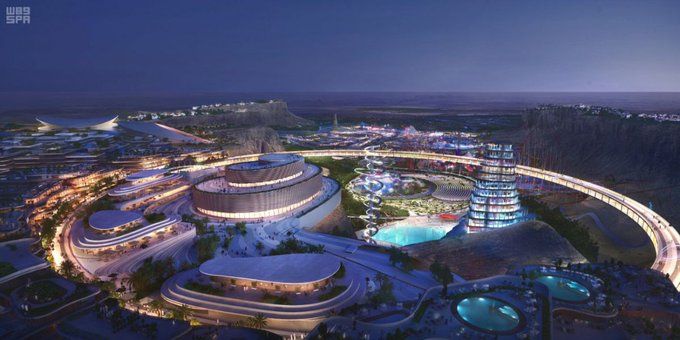 Dubbed the future entertainment capital of the kingdom, a key component of the $8 billion city is sports and wellness.

The Saudi sporting champions of the future will be able to hone their talents at Qiddiya, according to Mike Reininger, CEO of Qiddiya Investment Company (QIC).

The 334km sq giga-project on the outskirts of Riyadh is due to open its doors in four years’ time.

Dubbed the future entertainment capital of the kingdom, a key component of the $8 billion city is sports and wellness.

Reininger told Arabian Business: “We will have professional development programmes, we will have recreational and development programs for youth, for women, for everybody. The idea of engaging you in a physically active lifestyle. Sports has a unique capability of contributing to a quality of life. We like to say that we’ll be building the future champions of the Kingdom in sports at Qiddiya.”

Qiddiya has already been chosen as the final venue for the Dakar Rally in 2020. And Reininger also revealed the Formula One-standard track being built at the development will be among the best in the world.

He said: “Qiddiya is set to become the premier global motorsport destination and we will be getting ready for more top notch events to help advance motor sports in KSA.

“When we were creating our master plan it was important to us to create world-class facilities capable of hosting international events, whether that’s motor sports events like Formula 1 or global sporting competitions.”

During a press conference, he said the GSA will be distributing SAR2.5 billion (2.4bn) among clubs encouraging them to work according to a general framework for an effective governance system that contributes to their development on sports and administrative levels.