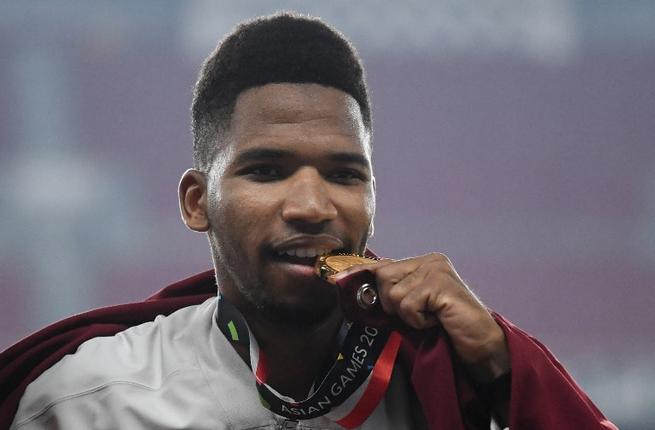 The 23-year-old, who specialises in 400m hurdles while also occasionally impressing many in the 400m sprint, opened his season with the latter event at the Tuks Athletics Stadium in Pretoria yesterday with a personal best time of 44.60 seconds.

Samba’s previous best over the distance was a 44.62 in London in July last year.

And if his last season is anything to go by, he is on track for yet another cracking season.

Samba had opened his season with a world-leading time in 400m hurdles in a meet in another South African city, Potchefstroom. He then went on to go unbeaten in the Diamond League, winning at all six meets he participated in.

Samba, along with Qatari world champion high-jumper Mutaz Barshim, and 400m specialist Abdalelah Haroun, are part of a 29-strong squad for the Asian Athletics Championships, which will be held April 21-24.

The Qatari contingent will be looking go better than the last edition of the championships in Bhubaneswar, India, when they won six silver medals, but had narrowly missed out on a gold in a couple of events.