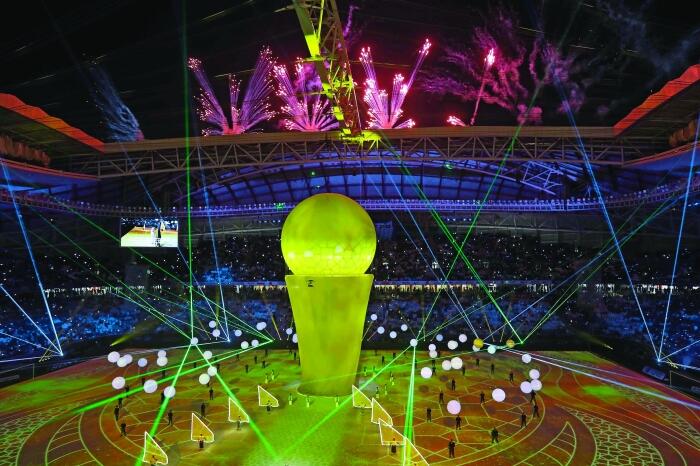 The Al Janoub Stadium ( earlier known as Al Wakrah Stadium) , the first purpose-built stadium for the Qatar 2022 FIFA World Cup, was unveiled on Thursday with the staging of the prestigious Amir Cup final between Al Duhail and Al Sadd.

The Amir honored the players of Al Duhail Sports Club with the trophy and presented them with gold medals. The Amir presented silver medals to Al Sadd players.

Before the start of the match, lights were switched off in the 40,000-capacity Zaha Hadid-designed stadium for the pre-match show as performers assembled around a giant illuminated inflatable pearl on the centre of the manicured pitch. A video describing Qatar’s history as a pearling nation played on the stadium’s two giant-size screens. The pearl transformed into a representation of the Amir Cup trophy before a 150-strong marching band serenaded the stadium.Amir crowns Amir Cup winners Al Duhail.