The Qatar squad is in full preparation mode ahead of the FIFA U-20 World Cup in Poland, the Qatar Football Association (QFA) announced. Coached... 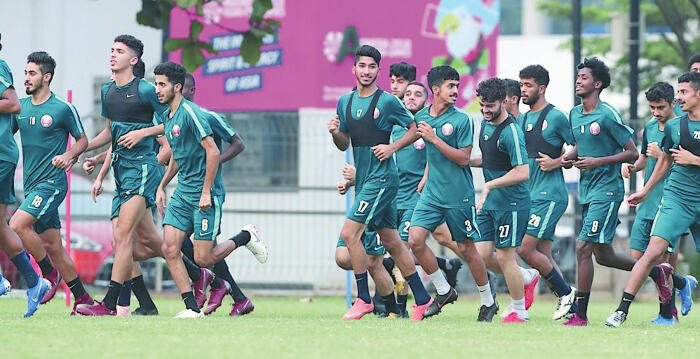 The Qatar squad is in full preparation mode ahead of the FIFA U-20 World Cup in Poland, the Qatar Football Association (QFA) announced.

Coached by Portuguese Bruno Miguel, Qatar have undergone a preparatory training camp in Slovakia ahead of the May 23-June 15 championship.

Qatar are tagged in Group D with Ukraine, Nigeria and the USA.

Al Annabi played a friendly against South Africa on May 5 when they lost the encounter 1-0 after a tense battle. On May 8, Qatar beat Honduras 2-1 producing a quality game under pressure.

Coach Miguel gave most of his players a run in the match ahead of the team’s first match against Nigeria on May 24.

Qatar face Ukraine on May 27 followed by a match against the US on May 30.

Qatar, currently in France for their second training camp, will take on Albania on May 15 following by a match against a Belgian side on May 18.

This month Qatar will be making their fourth FIFA U-20 World Cup appearance at Poland 2019 after making their debut in 1981 when they finished second.

They hosted the competition back in 1996 but they bowed out at the first round and they had a similar outcome 20 years later when they finished at the bottom of group C in New Zealand 2015.