Bosco Menezes The atmosphere was electric as Qatar inaugurated its second FIFA World Cup Qatar 2022 stadium in style and aptly so by playing... 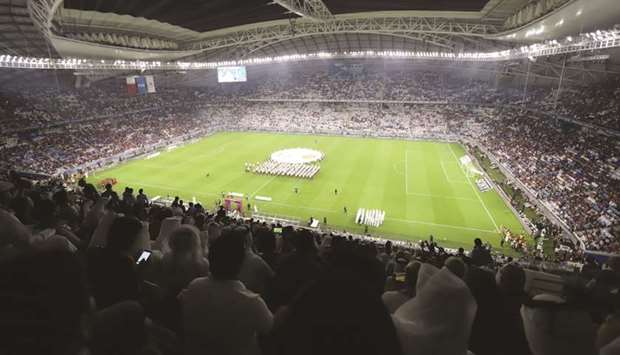 The atmosphere was electric as Qatar inaugurated its second FIFA World Cup Qatar 2022 stadium in style and aptly so by playing host to the prestigious Amir Cup 2019.

Tickets were already sold out days before the main event that was held last Thursday with not only locals and expats picking up tickets but Arab expats from across the Gulf and beyond, who flew in to watch the spectacle.

The stadium was designed by the award winning late British Iraqi architect Zaha Hadid, who was inspired by the history of Al Wakrah port the beautiful Qatari dhows that dock at its shore. The design resembles a dhow turned turtle, where you can see the beautiful contours that resemble the wooden partners of the boat. When you enter the stadium, the seats are painted in a way that portrays the waves of the sea — a beautiful tribute to the once bustling pearl diving town of Al Wakrah.

The air cooling technology of the stadiums is world class, as all seats have an air duct behind them sending out cool air and thereby keeping the stadium cool. A British fan said he wished he had brought his pullover as it got a bit chilly. (Part 2 will appear in tomorrow’s edition) — Text and photos by  Bosco Menezes