Abubakar Hayder who won the 800m gold at the recently-concluded Asian Athletics Championships in Doha has reiterated his determination to get better results at... 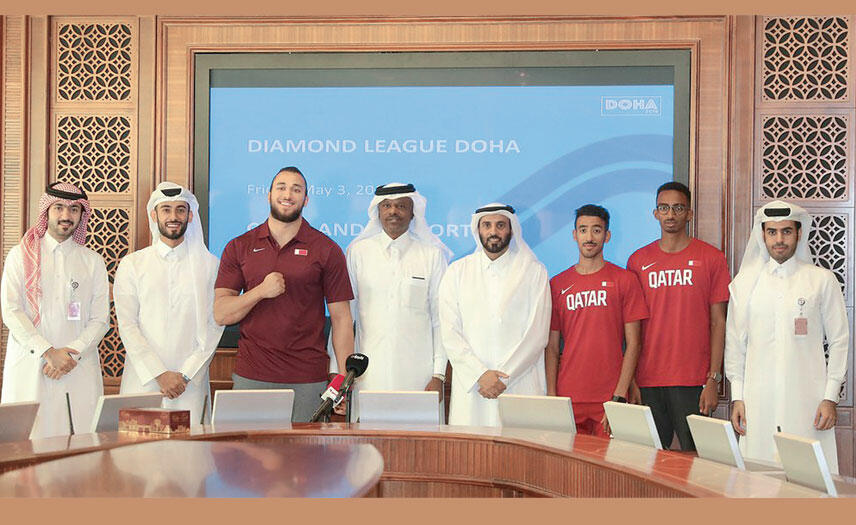 Abubakar Hayder who won the 800m gold at the recently-concluded Asian Athletics Championships in Doha has reiterated his determination to get better results at the IAAF Diamond League in Doha. The event set for the Khalifa International Stadium on Friday, will see some of the best athletes in the world begin the points-earning competitios across 14 cities.

Speaking at a press conference announcing details of the event in Doha, Haydar said his goal is to improve his world lead time of 1:44.33 which he set at the Khalifa Stadium less than a fortnight ago.

“It was great to win the Asian Championships especially being at home. It was a proud moment for me seeing the national flag hoisted and the national anthem being sung.

“My aim is to stay in the world lead, do better and probably break the 1:44 barrier,” the 22-year-old said.
“The Diamond League is a different event entirely. It will be a great achievement if I can win again at home, so, two wins in two weeks would be great for me,” the Asian Games bronze medalist added.

Top stars Abderrahman Samba and Mutaz Bashim will not be competing here as their disciplines are not featured in the Doha leg. But Haydar says he isn’t feeling the pressure as the face of Team Qatar.

“Unfortunately both guys aren’t here but i’m sure they’ll be in Shanghai. It’s not a lot of pressure for me. It’s athletics, you have to go on the tracks and enjoy it and that’s what I want to do,” he added.

Also hoping to put on a good performance is Jamal Hairane who claimed the bronze in the 800 at the Asian Championships. He also hopes to get himself into the top eight to qualify for the World Championships.

“My target is to get within the 1:44 zone and qualify for the Worlds. The Diamond League is different, it’s about making a good time on the track. My personal best is 1:45secs, and I aim to do better,” Hairane said.

Team Qatar will have 11 athletes represent the country at the Diamond League.