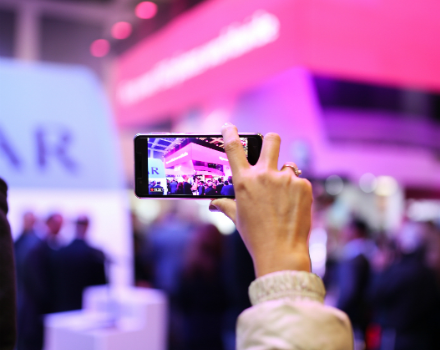 The exhibition, taking place from 6-10 March 2019, will showcase the airline’s latest product developments, innovative technology and design Visitors to ITB Berlin are... 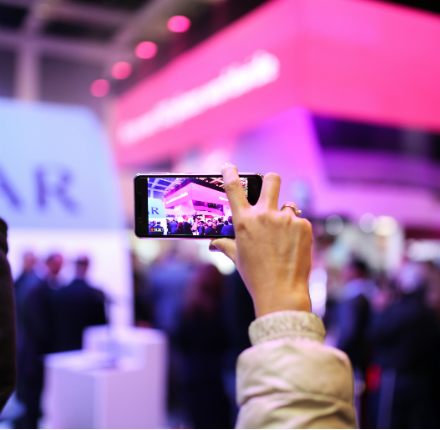 DOHA, Qatar – Qatar Airways is pleased to announce that it will unveil its enhanced Economy Class product at ITB Berlin 2019, the world’s largest travel and tourism trade show, on Wednesday 6 March. The reveal, to take place at Qatar Airways’ exhibition stand on the first day of the show, will be followed by a press conference at 12:00 pm, at which further details on the airline’s exciting plans for 2019 will be shared with global media.

Conference delegates and visitors to ITB 2019 are invited to the airline’s stand to see for themselves the innovative technology and design that Qatar Airways has brought to its enhanced Economy Class product. There will be an opportunity for visitors to interact with the airline’s latest products and to experience Qatar Airways’ world-renowned five-star hospitality.

Qatar Airways Group Chief Executive, His Excellency Mr. Akbar Al Baker, said: “It is always a pleasure to come to ITB Berlin, and this year is no different. Qatar Airways is known by travellers around the world for its continued commitment to innovation and to redefining the customer experience. This year we are delighted to reveal our newly-enhanced Economy Class product at ITB, a further testament to our dedication to improving passenger comfort at every level. We look forward to welcoming guests and visitors to our stand, where they can experience our world-class products and hospitality firsthand.”

At ITB 2017, Qatar Airways launched its revolutionary Business Class seat, Qsuite, which features the world’s first-ever double bed in Business Class. Qsuite takes cabin innovation to a whole new level with its quad configuration, providing passengers even more choice, privacy and personalisation in their travel experience. Since its launch, Qsuite has won a host of awards, including the prestigious Skytrax awards in 2018 for ‘World’s Best Business Class’ and ‘Best Business Class Seat’.

ITB Berlin 2019 will showcase a range of travel exhibitors from more than 180 countries and five continents, providing more than 160,000 visitors with the latest information on new products, services and facilities in the tourism industry. Qatar Airways welcomes all guests to ITB to visit its exhibition pavilion in Hall 2.2, stand 207 and 208 from 6-10 March.

Qatar Airways operates a modern fleet of more than 230 aircraft to a network of more than 160 key business and leisure destinations across Europe, the Middle East, Africa, Asia Pacific, North America and South America.

Qatar Airways, the national carrier of the State of Qatar, is celebrating more than 20 years of Going Places Together with travellers across its more than 160 business and leisure destinations on board a modern fleet of more than 230 aircraft. The world’s fastest-growing airline added a number of exciting destinations to its growing network including Gothenburg, Sweden; Da Nang, Vietnam; and Mombasa, Kenya in 2018, and several new destinations are due to be launched this year, including Malta, as well as many more.

A multiple award-winning airline, Qatar Airways was named ‘World’s Best Business Class’ by the 2018 World Airline Awards, managed by international air transport rating organisation Skytrax. It was also named ‘Best Airline in the Middle East’, ‘World’s Best First Class Airline Lounge’ and ‘Best Business Class Seat’, in recognition of its ground-breaking Business Class experience, Qsuite. Qatar Airways has been awarded the coveted “Skytrax Airline of the Year” title, which is recognised as the pinnacle of excellence in the airline industry, four times.

Qsuite, a patented Qatar Airways product, features the industry’s first-ever double bed in Business Class, as well as privacy panels that stow away, allowing passengers in adjoining seats to create their own private room, a first of its kind in the industry.

Qatar Airways was the first Gulf carrier to join global airline alliance oneworld, enabling its passengers to benefit from more than 1,000 airports in more than 150 countries, with 14,250 daily departures.

Oryx One, Qatar Airways’ in-flight entertainment system offers passengers up to 4,000 entertainment options from the latest blockbuster movies, TV box sets, music, games and much more. Passengers flying on Qatar Airways flights served by its B787, B777, A350, A380, A319 and select A320 and A330 aircraft can also stay in touch with their friends and family around the world by using the award-winning airline’s on-board Wi-Fi and GSM service.

Qatar Airways proudly supports a range of exciting international and local initiatives dedicated to enriching the global community that it serves. Qatar Airways, the official FIFA partner, is the official sponsor of many top-level sporting events, including the FIFA 2022 World Cup, reflecting the values of sports as a means of bringing people together, something at the core of the airline’s own brand message – Going Places Together.