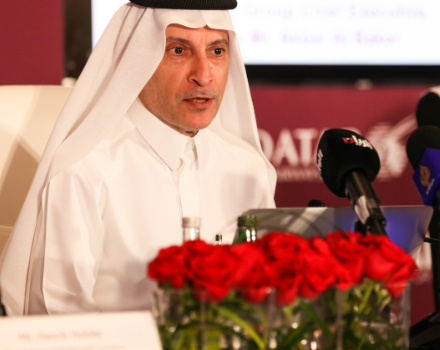 75 years on from the Chicago Convention, the Doha Declaration calls for a serious global review of its relevance today in the 21st Century... 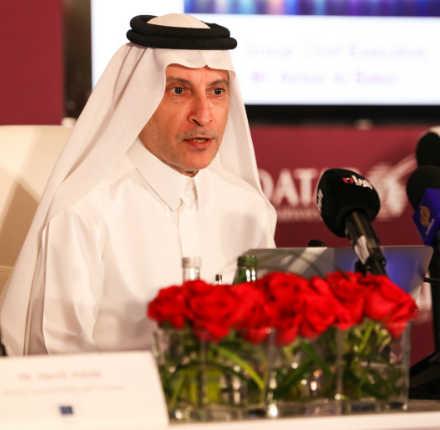 75 years on from the Chicago Convention, the Doha Declaration calls for a serious global review of its relevance today in the 21st Century

DOHA, Qatar – Qatar Airways Group Chief Executive, His Excellency Mr. Akbar Al Baker, has welcomed the publication of the “Doha Declaration”, a manifesto that calls for a serious review of the existing aviation regulatory framework.

The Declaration, which was announced at the conclusion of the CAPA Qatar Aviation, Aeropolitical and Regulatory Summit held in Doha, comes 75 years after the historic Chicago Convention, which established the International Civil Aviation Organisation (ICAO) as well as a set of global rules for airspace, air safety and air travel.

Commenting on the Declaration, Qatar Airways Group Chief Executive, H.E. Mr. Al Baker said: “Qatar Airways wholeheartedly endorses the Doha Declaration and calls on airlines all over the world to join us in supporting it”.

The full text of the Doha Declaration is as follows:

75 years after the aviation regulatory framework was established, it is time for a serious global review of its relevance today; the “business of freedom” underpins 10% of global GDP. It is too important to be constrained by economic regulation that was designed to meet entirely different conditions

Increase efforts to encourage plurilateral liberalisation, for example as promoted by the European Union;

Enhance sustainability – in its broadest meaning – in the aviation sector;

The Declaration follows the recent announcement that The State of Qatar and the European Union have concluded their negotiations for a landmark Comprehensive Air Transport Agreement. H.E. Mr. Al Baker added: “Earlier this week, Qatar Airways was proud to celebrate the milestone of becoming the first country in the Gulf region to achieve a Comprehensive Air Transport Agreement with the European Union. This agreement, allied to the Doha Declaration, shows the world that we are committed to building trust among nations, overcoming the fear of competition and embracing the benefits of liberalisation in the Aviation field.”

Speaking at the conclusion of the CAPA Conference, the first of its kind to be held in the Middle East, Henrik Hololei, the Director General Mobility and Transport at the European Commission commented on the Doha Declaration, saying: “It is a good conclusion of the one-and-a-half days we have spent here.”

Qatar Airways currently operates a modern fleet of more than 230 aircraft via its hub, Hamad International Airport (HIA) to more than 160 destinations worldwide.

Qatar Airways has launched an array of exciting new destinations recently, including Gothenburg, Sweden; Mombasa, Kenya and Da Nang, Vietnam. The airline will add a number of new destinations to its extensive route network in 2019, including Malta, as well as many more.

Qatar Airways, the national carrier of the State of Qatar, is celebrating more than 20 years of Going Places Together with travellers across its more than 160 business and leisure destinations on board a modern fleet of more than 230 aircraft. The world’s fastest-growing airline added a number of exciting destinations to its growing network including Gothenburg, Sweden; Da Nang, Vietnam; and Mombasa, Kenya in 2018, and several new destinations are due to be launched this year, including Malta, as well as many more.

A multiple award-winning airline, Qatar Airways was named ‘World’s Best Business Class’ by the 2018 World Airline Awards, managed by international air transport rating organisation Skytrax. It was also named ‘Best Airline in the Middle East’, ‘World’s Best First Class Airline Lounge’ and ‘Best Business Class Seat’, in recognition of its ground-breaking Business Class experience, Qsuite. Qatar Airways has been awarded the coveted “Skytrax Airline of the Year” title, which is recognised as the pinnacle of excellence in the airline industry, four times.

Qsuite, a patented Qatar Airways product, features the industry’s first-ever double bed in Business Class, as well as privacy panels that stow away, allowing passengers in adjoining seats to create their own private room, a first of its kind in the industry.

Qatar Airways was the first Gulf carrier to join global airline alliance oneworld, enabling its passengers to benefit from more than 1,000 airports in more than 150 countries, with 14,250 daily departures.

Oryx One, Qatar Airways’ in-flight entertainment system offers passengers up to 4,000 entertainment options from the latest blockbuster movies, TV box sets, music, games and much more. Passengers flying on Qatar Airways flights served by its B787, B777, A350, A380, A319 and select A320 and A330 aircraft can also stay in touch with their friends and family around the world by using the award-winning airline’s on-board Wi-Fi and GSM service.

Qatar Airways proudly supports a range of exciting international and local initiatives dedicated to enriching the global community that it serves. Qatar Airways, the official FIFA partner, is the official sponsor of many top-level sporting events, including the FIFA 2022 World Cup, reflecting the values of sports as a means of bringing people together, something at the core of the airline’s own brand message – Going Places Together.