Putin’s Important Visit to the Gulf

Al-Etihad, UAE, October 18 Russian President Vladimir Putin’s visits to Saudi Arabia and the United Arab Emirates are of preeminent importance to the Arab... 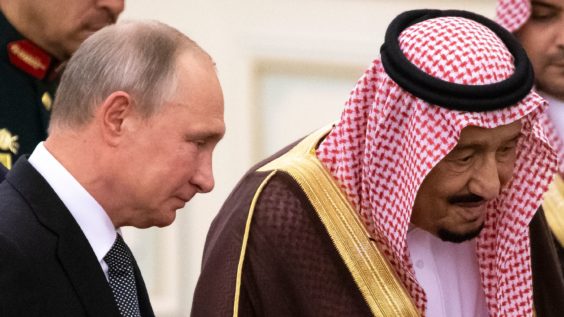 Russian President Vladimir Putin’s visits to Saudi Arabia and the United Arab Emirates are of preeminent importance to the Arab world for at least three reasons, the first being historical, the second structural, and the third related to timing. The historical reason is that the Soviet Union played a crucial role in the Middle East after World War II, mainly by supporting liberation movements in Arab countries and helping Arab nations with their development efforts. Let’s not forget the Soviet position on issues such as supplying Arab states with weapons when the western world refused to do so, in addition to Soviet support with the nationalization of the Suez Canal and blocking the tripartite aggression against Egypt. On a structural level, it is known that the power of balance in the international system greatly affects the world’s nations, especially the medium- and small-sized ones. After World War II, the bipolar world order provided a considerable freedom of movement for Arab states as a result of Soviet-American competition. But the breakthrough in the relations between the two superpowers, beginning in the early 1970s, greatly reduced this freedom. Things took an additional downturn for the Arab world following the disintegration of the Soviet Union and the rise of American hegemony over the world. With the rise of unipolarity and the absence of any restraint on American will, bad decisions have been made in regard to the Arab world, such as the invasions of Afghanistan and Iraq. But now, President Putin has managed to erode the unipolar system and restore Russia’s position of global leadership. This is good news for us. As a reminder, the Russian position on issues such as the Arab-Israeli conflict and the preservation of the Arab nation-state is almost identical to the official position of the Arab world. Finally, in terms of timing, Putin’s visits are taking place at a time when the region is in a state of tension and upheaval. We are on the very brink of war. Under such circumstances, it would be useful to listen to Russian ideas on how we can ease these tensions and emerge victorious from the current crises experienced in the Middle East. For all of these reasons, Putin’s visit to the Gulf is of great importance to us all.  – Ahmed Yousef Ahmed (translated by Asaf Zilberfarb)