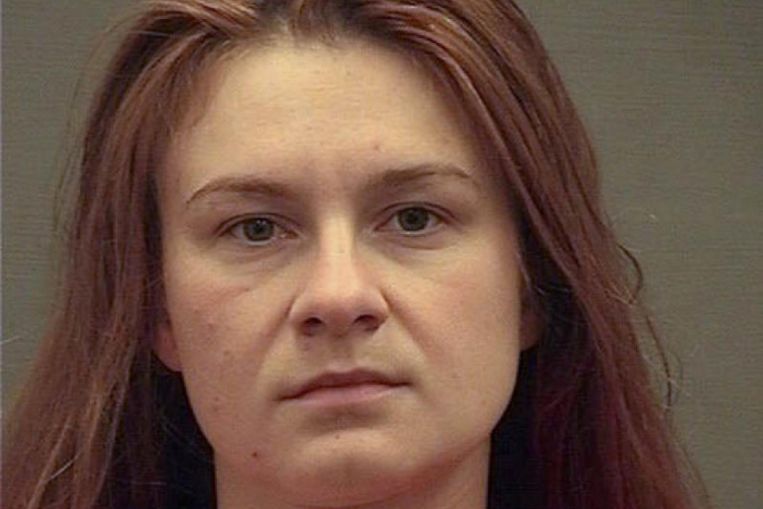 BEIJING (AFP, REUTERS) – Russian President Vladimir Putin on Saturday (April 27) slammed the jailing of agent Maria Butina in the United States as “arbitrary”, adding that he did not understand why she had been incarcerated.

“There is nothing we could accuse her of, but to make this case not look completely ridiculous, she was sentenced to 18 months in prison,” he told journalists on the sidelines of a summit in Beijing.

Butina pleaded guilty in a Washington court on Friday to one count of conspiracy to act as an agent of a foreign government without registering.

“It is in fact arbitrary,” Putin said. “We don’t understand why she was sentenced.”

It made her the only Russian arrested and convicted in the three-year investigation of Moscow’s interference in US politics.

The leader of a small Russian gun rights group, the 30-year-old used her ties to the National Rifle Association to build a network of powerful Republican contacts.

US prosecutors said she was sending back reports to a high-level Russian government official.

Moscow lashed out after the sentencing, calling the US accusations “totally invested” and the conviction a “shameful stain” on the US judicial system.

Mr Putin also said on Saturday he wanted to know the position of Ukrainian President-elect Volodymyr Zelenskiy on the conflict in Eastern Ukraine.

Mr Putin told reporters in Beijing that he would have to discuss ways to end the conflict with Mr Zelenskiy and that the Ukrainian people were tired of the conflict.

In further comments, Mr Putin told reporters an investigation into contaminated Russian oil should be carried out with the help of law-enforcement agencies.

Poland, Germany, Ukraine and some other countries suspended imports of Russian oil via the Druzhba pipeline this week due to the contamination.

Russia plans to restore oil supplies via the pipeline to Europe in two weeks.

He also said that he has not heard any signals from members of the Organisation of Petroleum Exporting Countries (Opec) about possibly leaving the deal on curbing oil output, adding this was unlikely.

Mr Putin told a press briefing that the deal is effective until the end of June and that he hoped Saudi Arabia, the Opec kingpin, will not have to raise its oil production to offset possible exports curbs from Iran due to the US sanctions.