This satellite image obtained from NOAA/RAMMB, shows Tropical Storm Dorian as it approaches on August 27, 2019 Puerto Rico and the Dominican Republic... 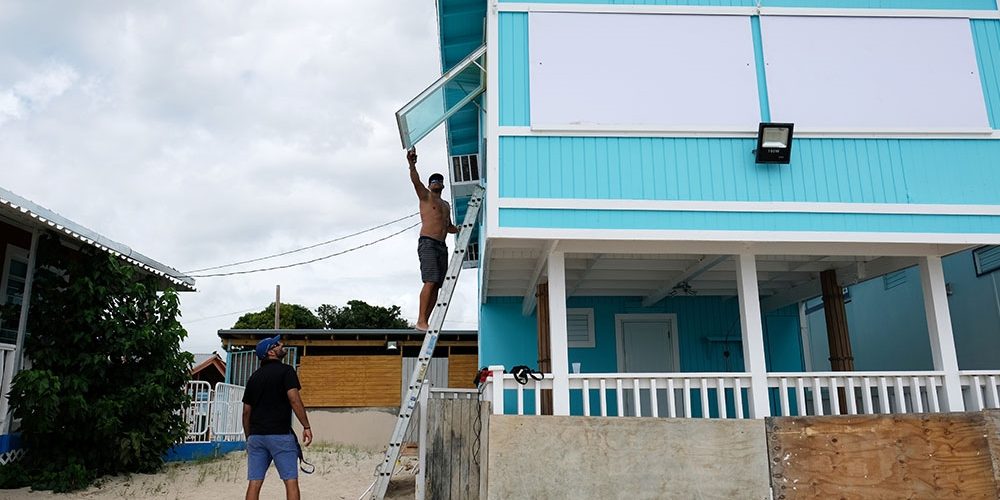 This satellite image obtained from NOAA/RAMMB, shows Tropical Storm Dorian as it approaches on August 27, 2019 [Handout/NOAA/RAMMB/AFP]

Puerto Rico and the Dominican Republic braced for Tropical Storm Dorian on Tuesday as it churned west-northwest, with officials cautioning that it could approach hurricane-strength on Wednesday after blowing over Barbados.

“Slow strengthening is forecast during the next 48 hours, and Dorian is forecast to be near hurricane strength when it moves close to Puerto Rico and eastern Hispaniola,” the US National Hurricane Center (NHC) said in a report.

The storm’s centre is expected to pass near or south of Puerto Rico on Wednesday, move near or over eastern Hispaniola, the island that includes the Dominican Republic and Haiti, on Wednesday night and move north of Hispaniola on Thursday.

“Tropical storm conditions are expected and hurricane conditions are possible in Puerto Rico on Wednesday and in portions of the Dominican Republic Wednesday night and Thursday,” said the NHC.

Puerto Rico Governor Wanda Vazquez Garced declared a state of emergency for the US territory late on Monday in anticipation of the storm, the government said on Twitter.

There will be about 360 shelters open across the island, the governor said.

Jorge Ortiz, a 50-year-old construction worker, said he was taking no chances with this storm.

Ortiz climbed up a shaky ladder under the punishing morning sun and tied down pieces of zinc that now serve as his roof because Hurricane Maria ripped the second floor off his house when the Category-4 storm hit in September 2017.

He was forced to rebuild everything himself and finished just three months ago, and said he received no assistance from the local or federal government.

“They told me I didn’t qualify because it was a total loss,” he told the Associated Press, shaking his head as he added that he was wary about Dorian. “I’m worried that despite all this sacrifice, I’ll lose it again.” 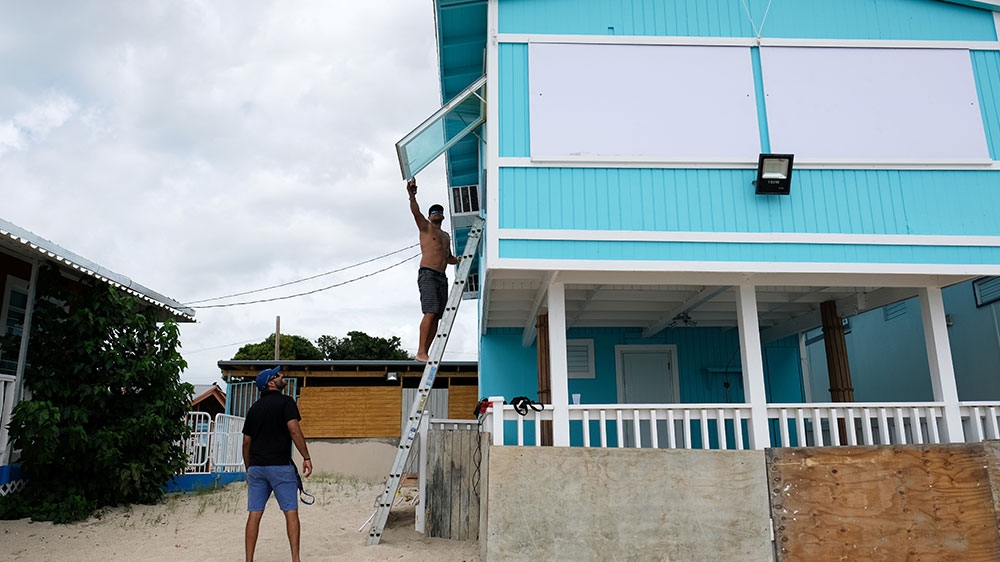 A man secures the windows of a beach house in the tourist zone of El Combate as Tropical Storm Dorian approaches in Cabo Rojo, Puerto Rico [Ricardo Arduengo/Reuters]

It’s a concern shared by many across the US territory, where some 30,000 homes still have blue tarps as roofs and where the 3.2 million inhabitants depend on a shaky power grid that Maria destroyed and remains prone to outages even in the slightest of rainstorms.

“The biggest problem will be the rain,” said Roberto García, a forecaster with the National Meteorological Service in Puerto Rico.

The storm was expected to dump between eight to 150mm (three to six inches) of rain in the Windward Islands, with isolated amounts of 250mm (10 inches).

Dorian already caused power outages and downed trees in Barbados and St Lucia, and a still-uncertain long-term track showed the storm near Florida over the weekend.

“The threat of winds and heavy rains later this week, into this weekend, in the Turks and Caicos, the Bahamas and Florida is increasing. Residents in these areas should monitor progress of Dorian and ensure that they have their hurricane plan in place,” said the NHC.

A hurricane watch is in effect for Puerto Rico and the Dominican Republic.

By late Tuesday morning, the storm was located about 95km (60 miles) west-northwest of St Lucia, blowing maximum sustained winds of 50 miles per hour (85kph), according to the NHC.

St Lucia discontinued a tropical storm warning for the island.