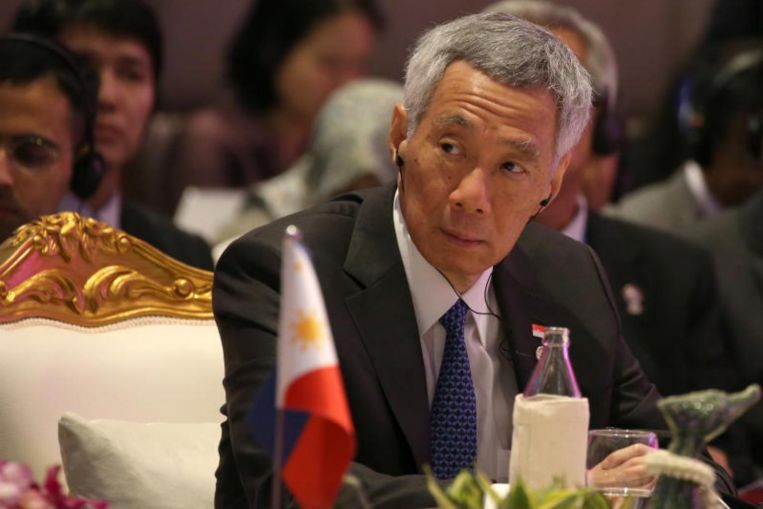 NONTHABURI (Thailand) – Prime Minister Lee Hsien Loong on Monday (Nov 4) called on Asean nations and their partners to help write a new rule book on trade to keep up with the rapidly-evolving digital economy.

Addressing fellow leaders during the East Asia Summit, PM Lee noted that international trade has been a key driver of global growth and prosperity since the end of World War II.

“But the multilateral system must be updated to reflect current realities to continue to function properly and in a politically sustainable way,” he said.

The East Asia Summit, held in conjunction with the 35th Asean Summit, is a forum for the 10 Asean nations and their eight key partners – Australia, China, India, Japan, New Zealand, South Korea, the United States and Russia – to discuss political, security, and economic issues.

In his remarks, PM Lee said that one way to update multilateral trade agreements was to take into account the growing weight of emerging economies.

The other was to have new rules to “accommodate the digital revolution, which has transformed how economies and jobs are structured”.

He added that Singapore had supported efforts such as the World Trade Organisation (WTO) Joint Statement on E-Commerce initiative, which aims to establish rules for the digital economy. It has also supported efforts to update the WTO rule book with like-minded partners, he said.

PM Lee also called for more initiatives to address infrastructure gaps in the region, noting that Asia will need to invest US$1.7 trillion (S$2.3 trillion) annually in infrastructure until 2030 to maintain its growth momentum.

“The establishment of the Initial Rolling Pipeline of Potential Asean Infrastructure Projects under the Masterplan on Asean Connectivity 2025 will enhance the visibility of connectivity projects in the region, so that the private sector and multilateral financial institutions can play their part too.”

“On our part, Singapore has set up a new outfit, Infrastructure Asia, to partner stakeholders to develop, finance and implement bankable projects.”

The Infrastructure Asia Office was set up in Singapore last year to help bring together local and international players to develop, finance and execute regional infrastructure projects.

Speaking on political cooperation, PM Lee brought up the issue of the code of conduct (COC) for the South China Sea, noting that while steady progress has been made on negotiating the COC, all parties needed to “exercise self-restraint and avoid mishaps and miscalculations that could result in many unintended consequences”.

He also mentioned ongoing issues like the situation in Myanmar’s Rakhine State, the Korean Peninsula and Hong Kong, and expressed hope that they will be resolved with support from Asean and its partners.

Earlier in the morning, PM Lee had also called for the deepening of cooperation between Asean and its Plus Three partners – China, Japan and South Korea – to strengthen the region’s ability to respond to any recession or financial crisis.

Speaking at the Asean Plus Three Summit, he said initiatives the group could increase its support for include the Chiang Mai Initiative Multilateralisation- a currency swap arrangement – and the Asean Plus Three Macroeconomic Research Office, which would help ensure the region’s long-term economic resilience.

The group also adopted the Asean Plus Three Leaders’ Statement on Connecting the Connectivities Initiative during the session, where members pledged to work together on improving transport, trade and people-to-people links, as well as digital connectivity.