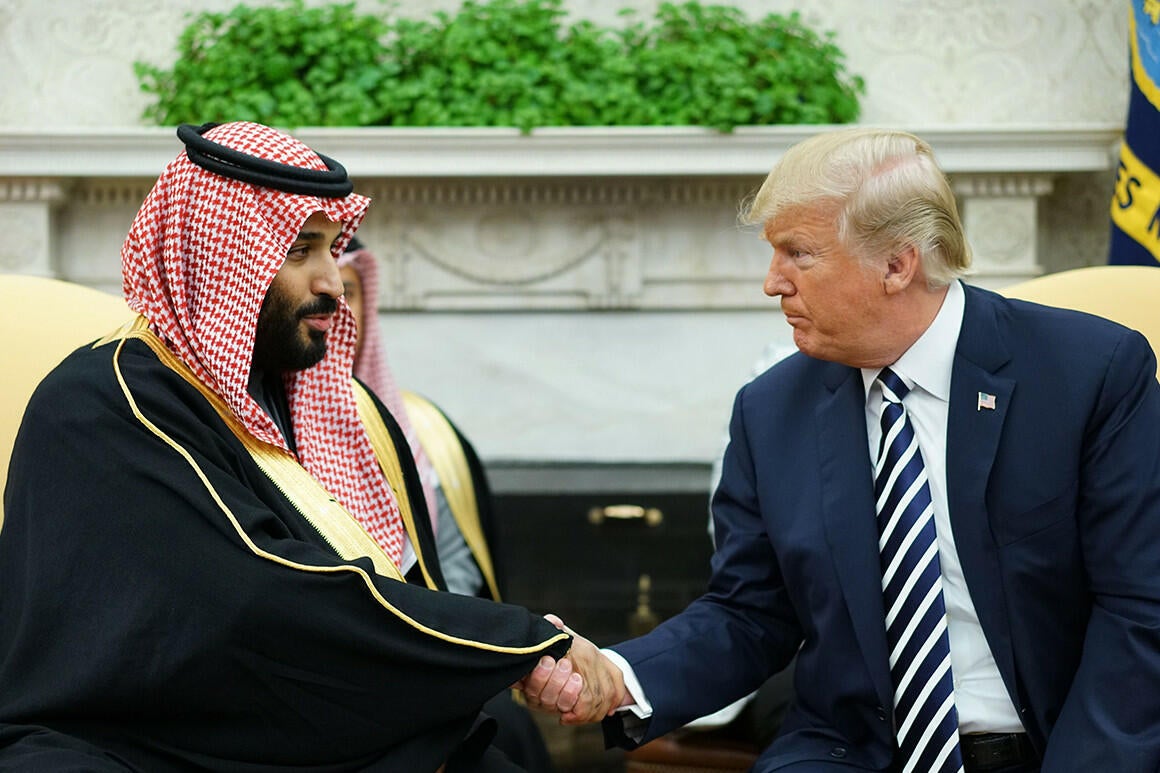 US President Donald Trump has vetoed three congressional resolutions barring billions of dollars in weapons sales to Saudi Arabia and the United Arab Emirates, which have been committing war crimes in Yemen for over four years.

In veto messages to Congress released by the White House on Wednesday, Trump argued that the bills would “weaken America’s global competitiveness and damage the important relationships we share with our allies and partners.”

Back in May, the Trump administration invoked an emergency provision of the law governing arms sales to push for the sale of $8.1 billion worth of munitions in 22 pending transfers to Saudi Arabia and the UAE and Jordan without the typical 30-day congressional review period.

It claimed that the export was crucial to protect the region against what it called “the malign influence” of Iran.

However, the move infuriated American lawmakers, who slammed the Trump administration for attempting to bypass Congress.

Many members of Congress have grown alarmed by the brutal Saudi-led military aggression on Yemen, which has killed thousands of civilians since early 2015 and created the world’s worst humanitarian crisis in the impoverished country.

They have also censured the Riyadh-sponsored killing of Saudi journalist Jamal Khashoggi in the kingdom’s consulate in Istanbul, Turkey, last October, as well as Trump’s inaction on the crime.

The three resolutions had been approved by the House of Representatives last week. They had previously passed the Senate in what was viewed as a bipartisan pushback to Trump’s foreign policy.

In his veto messages, Trump claimed that the resolutions were an “ill-conceived and time-consuming” way to address concerns about the war on Yemen.

Representative Eliot Engel, a Democrat from New York who is the chairman of the House Committee on Foreign Affairs, denounced Trump’s decision to veto the bills.

“The President’s veto sends a grim message that America’s foreign policy is no longer rooted in our core values — namely a respect for human rights — and that he views Congress not as a coequal branch of government, but an irritant to be avoided or ignored,” he said.

“Worse still, this veto is going to cost innocent lives. These weapons are going to continue fueling a reckless and brutal campaign of violence and exacerbating the world’s worst humanitarian catastrophe,” he added.

Saudi Arabia is the United States’ largest arms client, with over $129 billion in approved purchases.

In a separate development, a new analysis from the Campaign Against the Arms Trade (CAAT) revealed that the UK, which is — along the US — among the Riyadh regime’s arms suppliers had approved over $800 million worth of arms license exports to Saudi Arabia between in October 2018 and March 2019.

The sales came despite a ruling by the Court of Appeal in June that states British arms sales to the Riyadh regime are unlawful.

Andrew Smith, of the Campaign Against the Arms Trade (CAAT), said, “At the same time as the Saudi regime was covering up his (Khashoggi’s) murder ministers were approving hundreds of millions of pounds worth of arms.”

“UK-made weapons have played a devastating role in the bombing of Yemen. Tens of thousands of people have been killed and vital infrastructure has been destroyed. The destruction wouldn’t have been possible without the complicity and support of arms dealing governments like the UK,” he added.