LONDON — Iran will “take the next step” on Sunday in enriching uranium beyond the levels specified under its 2015 accord with the United... 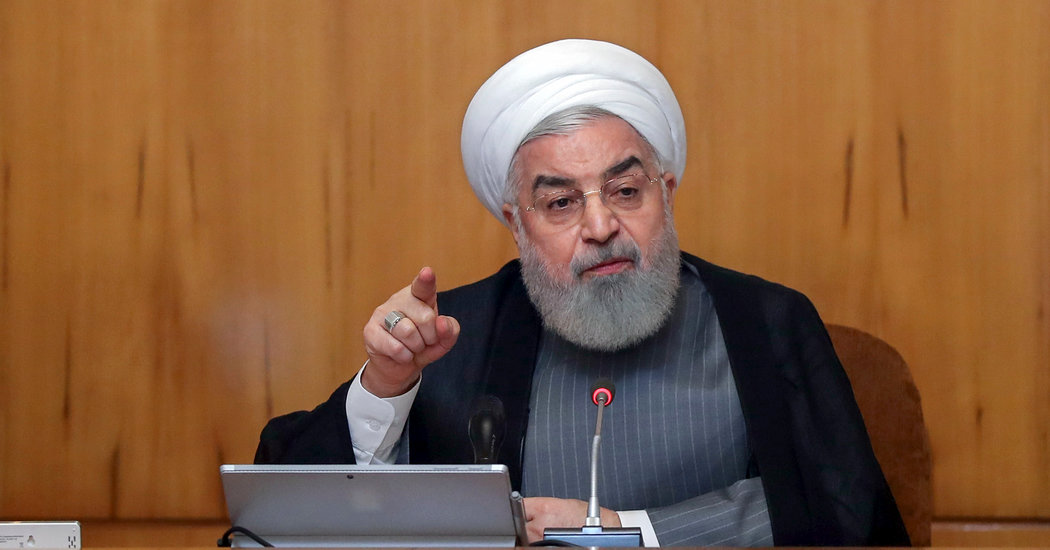 LONDON — Iran will “take the next step” on Sunday in enriching uranium beyond the levels specified under its 2015 accord with the United States and other global powers, President Hassan Rouhani said Wednesday, according to state news outlets.

Mr. Rouhani’s pledge to accelerate the country’s uranium enrichment is the latest step in an escalating confrontation with the United States over President Trump’s withdrawal from the nuclear pact and imposition of crippling economic sanctions on Iran.

The United States and several other countries had agreed in 2015 to lift sweeping economic sanctions on Iran in exchange for limitations on its nuclear activity to ensure that Tehran did not develop a nuclear weapon.

Mr. Trump withdrew from that deal last year, demanding that Iran agree to more stringent limits on its nuclear and conventional military activities. This May, the United States tightened its system of economic penalties on Iran in an attempt to block the country’s oil sales.

Mr. Rouhani’s statement on Wednesday is the latest indication that the 2015 agreement may soon be obsolete, reviving questions over whether Iran may seek to develop a nuclear weapon and whether the United States or Israel might then take military action to try to stop it.

The Iranian leader had said in May that his country would begin calibrated steps to move its nuclear program beyond the limits agreed to under the 2015 deal if the Western signatories did not provide relief from the American sanctions.

Mr. Rouhani and other Iranian officials have argued that Iran cannot be bound by its end of the deal if the other side has stopped complying. In early May he gave the European Union, which continues to support the 2015 deal, a deadline of 60 days to come up with measures to alleviate the pain of the sanctions.

After remaining within the nuclear deal’s provisions for more than a year after Mr. Trump withdrew from it, Iran this week for the first time raised its stockpile of low-enriched uranium above the threshold set under the agreement — a small, reversible step that served as a warning that the deal was in imminent danger.

The next expected step would involve Iran’s stockpile of purer, more highly enriched uranium, potentially bringing it closer to producing a nuclear weapon.

Iran has said it will not seek such a weapon. Mr. Rouhani said that Iran’s reduction of its obligations was an attempt to save the nuclear deal rather than cause conflict.