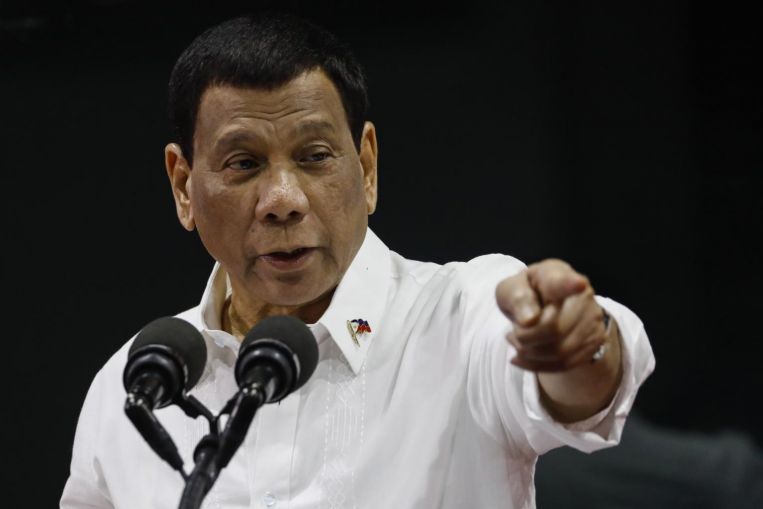 Duterte bristles at any Western condemnation of his signature campaign, which has killed thousands and critics say could amount to crimes against humanity.

Duterte launched the anti-drug crackdown in 2016, and since then police say they have killed over 5,300 drug suspects. However, human rights groups say the true toll is four times that number.

The UN review comes in addition to a preliminary examination already launched by war crimes prosecutors from the International Criminal Court, which the Philippines left earlier this year.

Panelo attacked the UN resolution saying it “likewise demonstrates how the Western powers are scornful of our sovereign exercise of protecting our people”.

Duterte’s government frequently paints international criticism as a violation of sovereignty, but watchdogs counter by saying an impartial local review is nearly impossible while Duterte is in power.

Last week Amnesty International released a report alleging the killing is “systematic” and police face very little, if any, scrutiny over the nightly slayings.

“Iceland, what is Iceland’s problem? Just ice. That’s your problem. You have too much ice,” Duterte said Friday (July 12).

“These idiots, they don’t understand the social, economic, political problems of the Philippines.” While the Philippines and Iceland have diplomatic ties, they do not have embassies in each other’s country, said the Filipino foreign minister.

Economic ties include Icelandic investment in geothermal energy in the Philippines and Filipinos working as office and factory workers and nurses in Iceland.

Philippine Foreign Minister Teodoro Locsin had said his nation could withdraw from the UN rights council over the vote but later said it would not do so.