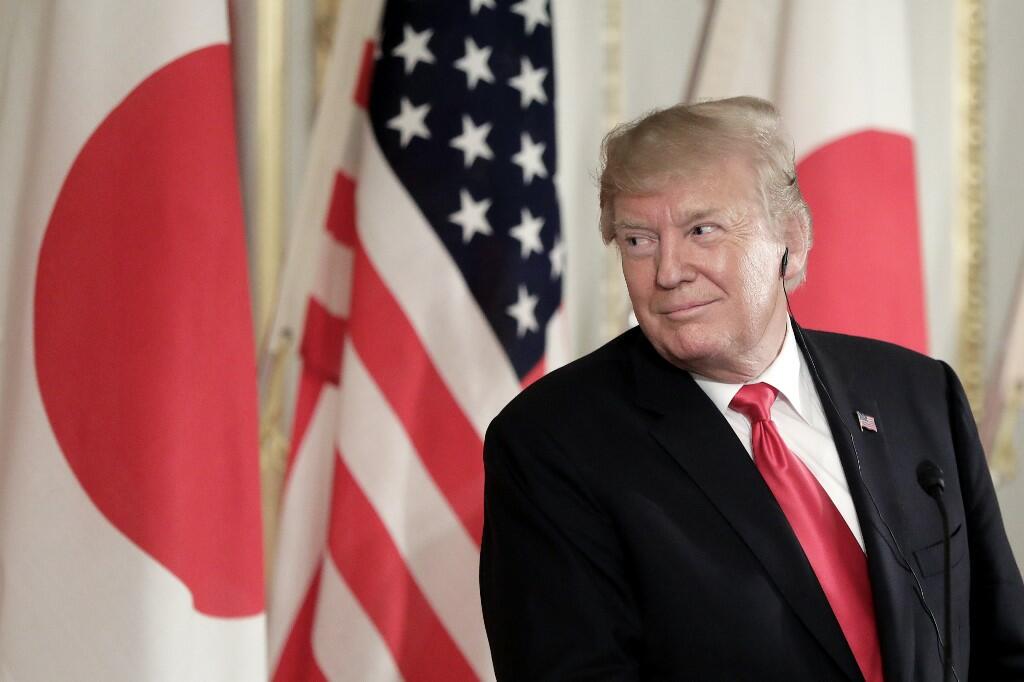 Speaking after summit talks with Japanese Prime Minister Shinzo Abe, Trump seemed at pains to dial down tensions in the world’s two most pressing flashpoints as tensions mount between the US and Iran.

“We’re not looking for regime change, I just want to make that clear, we’re looking for no nuclear weapons,” Trump said in relation to Iran. Trump added that he was “not looking to hurt” Tehran and believes the two sides could come to a deal.

Earlier, Trump opened the door to negotiations with the regime in Tehran, saying: “if they’d like to talk, we’d like to talk also.”
Washington has decided to deploy 1,500 additional troops to the Middle East amid growing tensions with Tehran after Trump pulled out of a landmark nuclear deal and later re-instated tough sanctions.

But Trump appeared to give backing to his host Abe to mediate, amid reports the Japanese prime minister is considering a trip to Tehran to negotiate.

“I know for a fact that the prime minister (Abe) is very close with the leadership of Iran… nobody wants to see terrible things happen, especially me,” Trump said before the summit with Abe.

Trump was in Japan as the first foreign leader to visit the country’s newly enthroned Emperor Naruhito, which he described as a “great honour”.