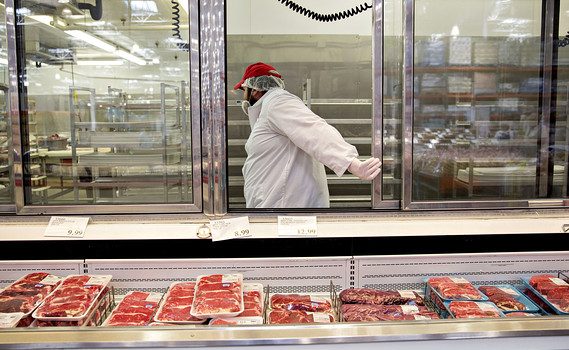 Bloomberg News/Landov A butcher closes a window after re-stocking packages of meat. Wholesale prices in the U.S. rose slightly in February, but not enough... 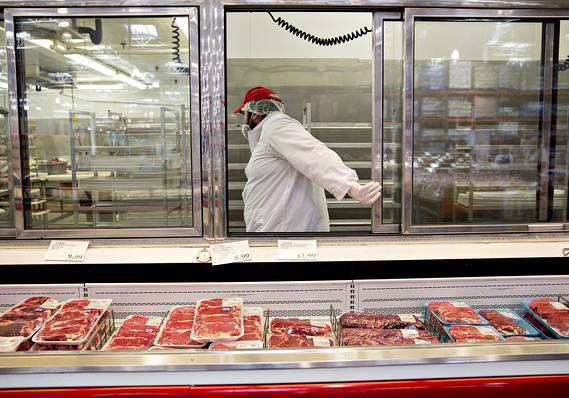 A butcher closes a window after re-stocking packages of meat. Wholesale prices in the U.S. rose slightly in February, but not enough to stoke any concerns about inflation.

The numbers: The wholesale cost of U.S. goods and services rose slightly in February, mostly because of higher gasoline prices, but inflation more broadly showed little threat to the economy.

The producer price index edged up 0.1% last month. Economists polled by MarketWatch had predicted a 0.2% increase.

Wholesale inflation has risen a mild 1.9% in the past year. The yearly rate had touched a seven-year high of 3.4% last summer. 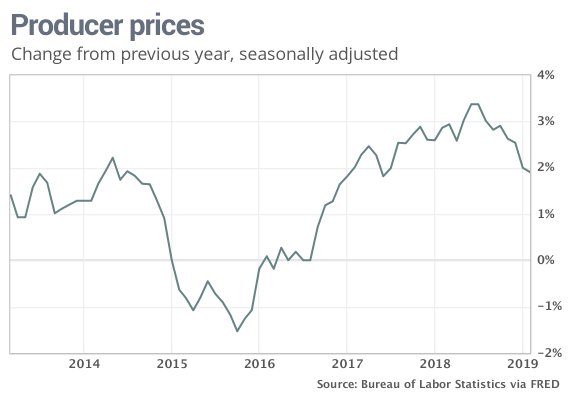 Read: Inflation perk ups in February, CPI shows, but not enough to set off any alarm bells

What happened: The first upturn in gasoline prices in several months accounted for most of the increase in wholesale inflation in February. Home-heating oil was also more expensive.

The cost of services were unchanged. Higher expenses of travel-related accommodations and financial services were offset by lower prices for airline tickets.

There wasn’t much sign of inflation in the pipeline, either. The cost of partly finished goods have risen less than 1% in the past year and prices for raw materials are down almost 9% in the same span.

Big picture: A sharp decline in gasoline prices and a slowing global economy doused inflation toward the end of 2018. Even the fastest wage increase in the U.S. in 10 years has done little to stoke inflation.

Some economists contend inflation will gradually creep higher, but the Federal Reserve has taken a wait-and-see approach. The central bank is unlikely to raise interest rates anytime soon unless inflation begins to build up again.

Also Read: The rise of the robots and decline of inflation: How AI is keeping prices low

Market reaction: The Dow Jones Industrial Average DJIA, -0.38% and S&P 500 SPX, +0.30% were set to open slightly higher in Wednesday trades. The Dow was dragged down on Tuesday by sharp losses in Boeing BA, -6.15%  after a number of countries grounded the 737 Max following the second deadly crash in six months.