A majority of Israelis want Benny Gantz, the leader of the centrist Blue and White alliance, to succeed in building a coalition before the... 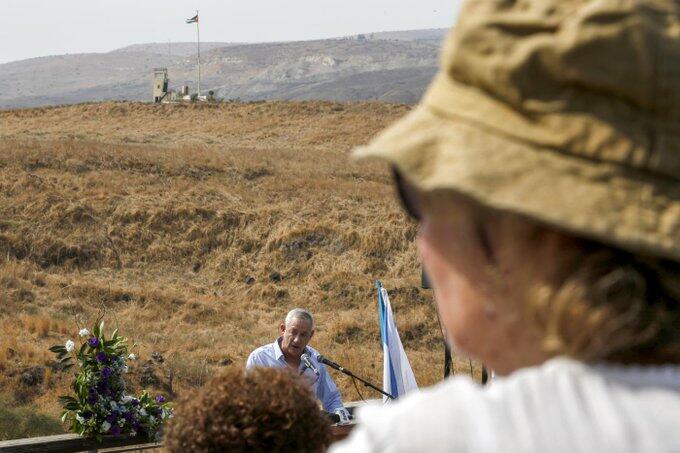 A majority of Israelis want Benny Gantz, the leader of the centrist Blue and White alliance, to succeed in building a coalition before the looming deadline rather than face an unprecedented third election in under a year, a new poll has found.

The Peace Index survey, conducted for Channel 12’s “Meet the Press” program and released Saturday, found that 54 percent of the 600 respondents want Gantz to succeed in the 10 days he still has, as opposed to 30.2% who want him to fail and 15% who were undecided.

President Reuven Rivlin last month tasked Gantz with attempting to form a coalition, after Prime Minister Benjamin Netanyahu failed in the wake of the September 17 elections.

But Gantz’s chances of succeeding where the prime minister failed are seen as just as slim, with a Netanyahu-led bloc of 55 lawmakers Likud formed with ultra-Orthodox and national-religious factions vowing to only enter a government together.

The survey found that when it came to their preferred coalition makeup, Israelis opinions differed wildly: 29.1% said they preferred a coalition of Blue and White with Likud and the ultra-Orthodox and 19% said they wanted a center-left minority government encompassing the right-wing Yisrael Beytenu and propped up by the Joint List alliance of Arab-majority parties.

The poll also posed two options for a Blue and White coalition with Likud but not the ultra-Orthodox: 20.3% said they wanted such a coalition to exclude Netanyahu and 17.9% said he should stay on.

Finally, asked whether, in the case of a third election, they would vote for the same party as in September, 67.9% answered in the affirmative, 6.6% said they would cast a ballot for a different party in the same bloc, and 2.4% said they would switch blocs.

The poll came as Yisrael Beytenu chair Avigdor Liberman, in a dramatic announcement Saturday night, presented an ultimatum to Netanyahu and Gantz, saying that if they do not accept tough compromises in order to form a coalition together, he will back the other candidate and give up on his pledge to only support a national unity government.

“Gantz must accept the president’s plan, including a leave of absence, and Netanyahu should say goodbye to his ultra-Orthodox messianic bloc,” Liberman told Channel 12 news.

The bloc has been a major stumbling block in talks between Likud and Blue and White. The two major parties have regularly blamed each other for the lack of progress in negotiations and sought to cast the other as responsible if the country is forced to go to another, third round of elections.

The president’s unity government scheme would see power equally divided between Netanyahu and Gantz, who would each serve two years as premier.

In setting out his idea in September, Rivlin implied, but did not explicitly say, that Netanyahu would take an open-ended leave of absence if or when he is indicted in one or more of the probes in which he faces charges. Under the arrangement set out by Rivlin, Gantz, as interim prime minister in such a scenario, would enjoy all prime ministerial authority.

Neither Blue and White nor Likud immediately responded to Liberman’s ultimatum but Channel 12 reported that sources in the ruling party said Netanyahu could not give up his bloc of right-wing and religious parties.

It was Liberman’s refusal to join a Likud-led right-wing government after the April vote that led to Netanyahu dissolving parliament and calling fresh elections for September.