A police horse has died and its rider injured in a “tragic accident” at a football match. Lancashire Constabulary said the horse, named Morecambe,... 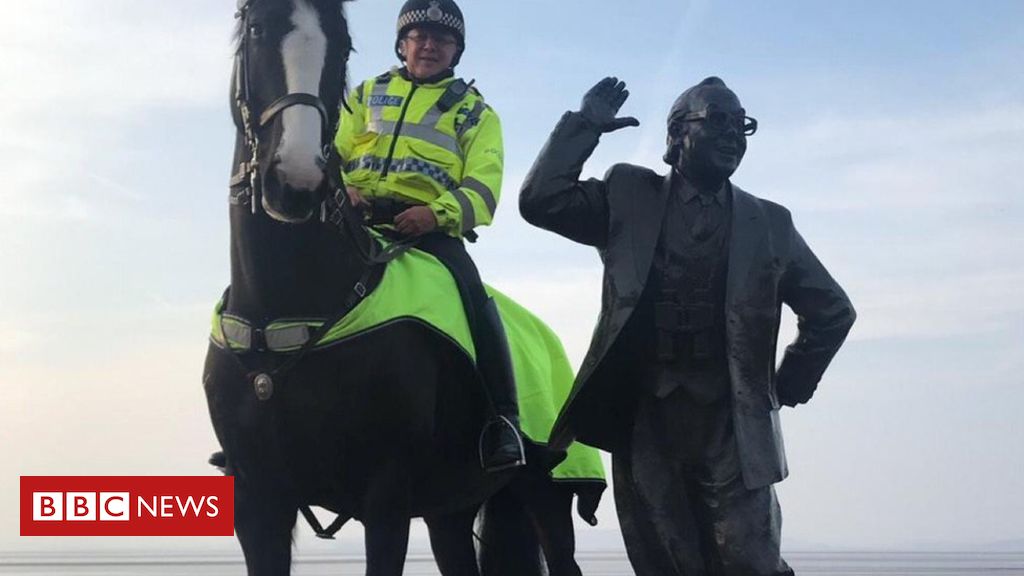 A police horse has died and its rider injured in a “tragic accident” at a football match.

Lancashire Constabulary said the horse, named Morecambe, was at the League One game between Blackpool and Fleetwood when it fell on to a metal pole.

The animal suffered a serious stomach injury and was pronounced dead at the scene in Seasiders Way on Monday.

Its rider was taken to hospital after falling into the side of a horsebox but is not thought to be seriously hurt.

A force spokesman said there were no suspicious circumstances surrounding the horse’s death, which happened at about 17:20 BST, and it was being treated as a “tragic accident”.

Ch Insp Sue Bushell, of Lancashire Constabulary’s mounted branch, said: “We are all completely devastated by the loss of Morecambe in such tragic circumstances.

“The horses are a big part of our police family and Morecambe will be sorely missed by his riders and many colleagues from across the force.”

In a tweet, Blackpool FC said it was “very sad news”.