Algeria’s security forces arrested Saturday dozens of protesters who were preparing to celebrate the 31st anniversary of the 1988 Algerian Spring, which opened the... 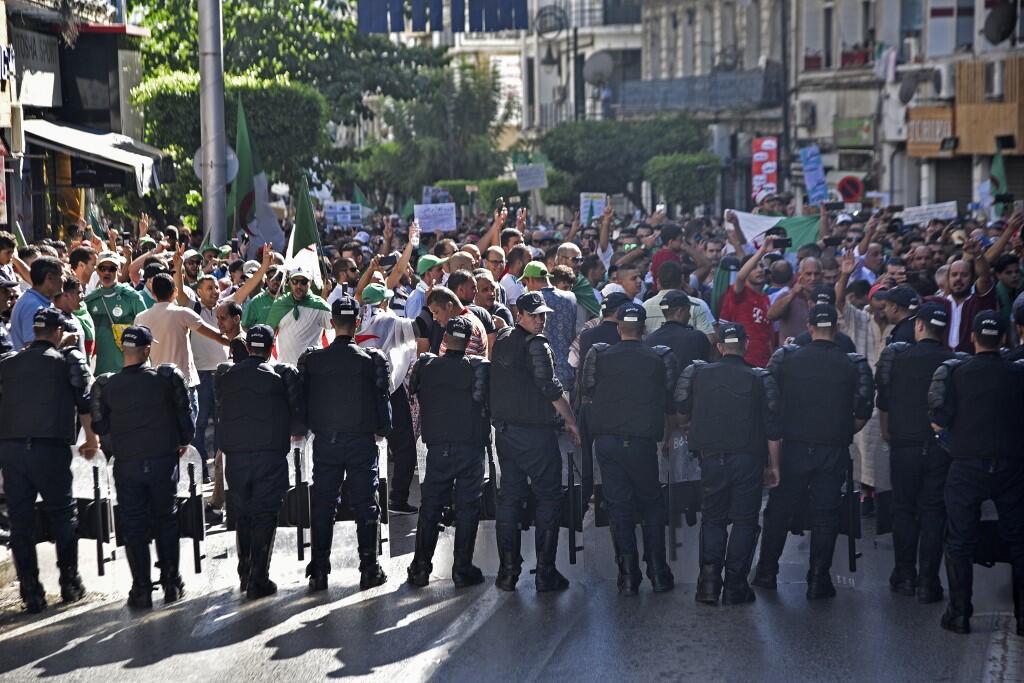 Algeria’s security forces arrested Saturday dozens of protesters who were preparing to celebrate the 31st anniversary of the 1988 Algerian Spring, which opened the door to political and media pluralism.

However, the cost was high represented in the death of more than 500 individuals and the disappearance of dozens after arresting them.

The anniversary of the 5th of Oct. 1988 came in light of severe clashes between the popular movement and the army.

A huge number of activists from the movement ongoing for eight months appeared in the Martyrs Square in response to calls for protesting that were published by an anonymous source on the social networks.

However, they found that members from the riot control were deployed in the square to prevent them from holding the protest – they were taken to security center in Casbah where they were held all day then released later on.

Journalists told Asharq Al-Awsat newspaper that some of their colleagues were arrested to ban them from covering the protest. It was noticeable that the security authorities intend to halt protests.

Khaled Drareni, former radio broadcast and activist, revealed on his Twitter account that dozens of journalists and protesters were arrested.