Poland on Monday said it had cancelled a visit by Israeli officials over their intention to raise the issue of the restitution of Jewish... 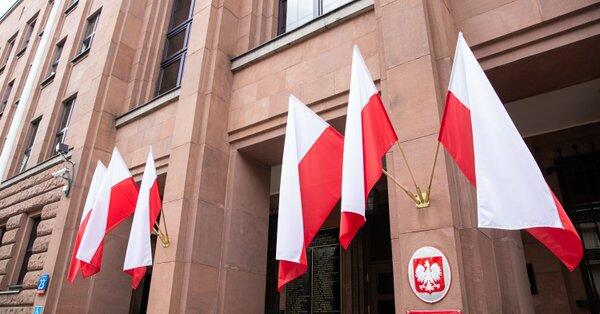 Poland on Monday said it had cancelled a visit by Israeli officials over their intention to raise the issue of the restitution of Jewish properties seized during the Holocaust, a matter Warsaw insists is closed.

“Poland decided to cancel the visit of Israeli officials after the Israeli side made last minute changes in the composition of the delegation suggesting that the talks would primarily focus on the issues related to property restitution,” the foreign ministry said in a statement posted to its website.

It said a delegation headed by Avi Cohen-Scali, the director general of the Israeli Ministry for Social Equality, had been due in Warsaw on 13 May.

Several thousand nationalists on Saturday marched in Warsaw to the US Embassy to protest a US law on the restitution of Jewish properties seized during the Holocaust, an issue which has surfaced ahead of parliamentary elections later this year.

Poland’s governing right-wing Law and Justice (PiS) party as well as the centrist and liberal opposition have downplayed the law signed by US President Donald Trump in May 2018, insisting that it will have no impact on Poland.

The US Justice for Uncompensated Survivors Today (JUST) Act – known as the 447 law – requires the US State Department to report to Congress on the progress of countries including Poland on the restitution of Jewish assets seized during World War II and its aftermath.

Pre-war Poland was a Jewish heartland, with a centuries-old community numbering some 3.2 million, or around 10 percent of the country’s population at the time.

Last year, Warsaw passed a law that made it illegal to accuse the Polish nation or state of complicity in Nazi German war crimes.

The move sparked an outcry from Israel, which saw it as an attempt to ban testimonials on Polish crimes against Jews.

In response, Warsaw amended the law to remove the possibility of fines or a prison sentence.

Earlier that month, Netanyahu was quoted in Haaretz newspaper as saying that “the Poles collaborated with the Nazis” and was condemned in Poland for appearing to accuse all Polish people of cooperating with Germany during World War II. Tel Aviv later claimed the comments were mistranslated.

In April, the World Jewish Congress condemned a Polish town after reports that residents hung and burnt an effigy “made to look like a stereotypical Jew” in a revival of an old Easter tradition.

Poland was occupied by Nazi Germany during World War II, suffering extensive material losses, and those protesting argue that it is not fair to ask Poland to compensate Jewish victims when Poland has never received adequate compensation from Germany.

Poland is the only European Union country that has not passed legislation regulating the compensation or restitution of property lost as a result of the war and communism. A string of governments have said that it cannot afford to do so.

Poland’s right-wing government had been vowing to made demands on Germany and saying that it would not pay any compensation for Jewish claims.