JERUSALEM — Prime Minister Benjamin Netanyahu has withdrawn his request for immunity from prosecution on corruption charges, he said Tuesday morning, complaining that he would... 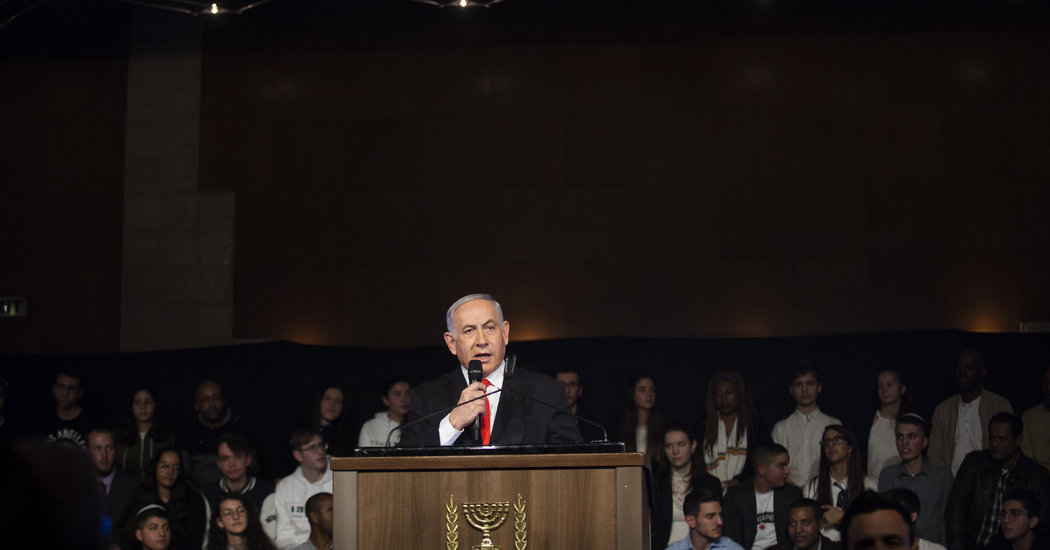 JERUSALEM — Prime Minister Benjamin Netanyahu has withdrawn his request for immunity from prosecution on corruption charges, he said Tuesday morning, complaining that he would not have gotten a fair shake from Parliament and had therefore “decided not to let the dirty game continue.”

The move, which was not unexpected, ensures that Mr. Netanyahu, who is running in Israel’s third election in a year after the first two ended in deadlock, will have to campaign as a defendant in a criminal case heading into the March 2 ballot.

But it also deprives his political opponents, led by Benny Gantz of the centrist Blue and White party, of one stick with which they had hoped to beat Mr. Netanyahu. Blue and White is now the largest party in Parliament, giving it the upper hand in setting the agenda for debate.

The immunity request was doomed, in any event: Mr. Netanyahu lacks enough support for it in the current Parliament. But he had been trying to delay the proceedings until after the election in hopes of winning the necessary backing.

Abandoning an immunity request reopens the unresolved legal question of whether a prime minister candidate who is facing indictment can be given the mandate to form a new government. The situation has no precedent in Israel.

Mr. Netanyahu, the longest-serving prime minister in Israel’s history, was indicted in November on charges of bribery, fraud and breach of trust, becoming the first sitting Israeli premier to face criminal prosecution while in office.

Mr. Netanyahu was in Washington on Tuesday as President Trump was expected to introduce the administration’s plan for resolving the Israeli-Palestinian conflict. He used that fact to try to shame his opponents for focusing on the case against him at such a time.

“Instead of understanding the greatness of the hour and rising above political considerations, they continue to engage in cheap politics that are damaging to this decisive moment in the history of the country,” Mr. Netanyahu said on his Facebook page.

A consummate tactician, Mr. Netanyahu did not make his announcement until Mr. Gantz, who met separately with Mr. Trump on Monday, had left for Israel in order to lead the first debate on immunity in Parliament.

Mr. Gantz, who was changing planes in Zurich when Mr. Netanyahu announced his decision, immediately attacked the idea that a prime minister can adequately focus on leading the country while facing a criminal trial.

“Netanyahu will be tried,” Mr. Gantz said in a statement. “We must move forward. The citizens of Israel face a clear choice: a prime minister who will work for them or a prime minister is who is busy with himself. No one can manage a state and at the same time manage three serious criminal cases.”

By withdrawing the immunity request, Mr. Netanyahu will also be easing tensions within his own conservative Likud party. The request had put the party’s No. 2, Yuli Edelstein, the speaker of Parliament, in an impossible situation: Likud colleagues attacked him for failing to delay the proceedings, but he also had to respect a timetable approved by Parliament’s legal counsel.

The Israeli news outlets reported in recent days that a growing number of Likud lawmakers were urging Mr. Netanyahu to give up on immunity so the criminal case would not dominate the campaign.