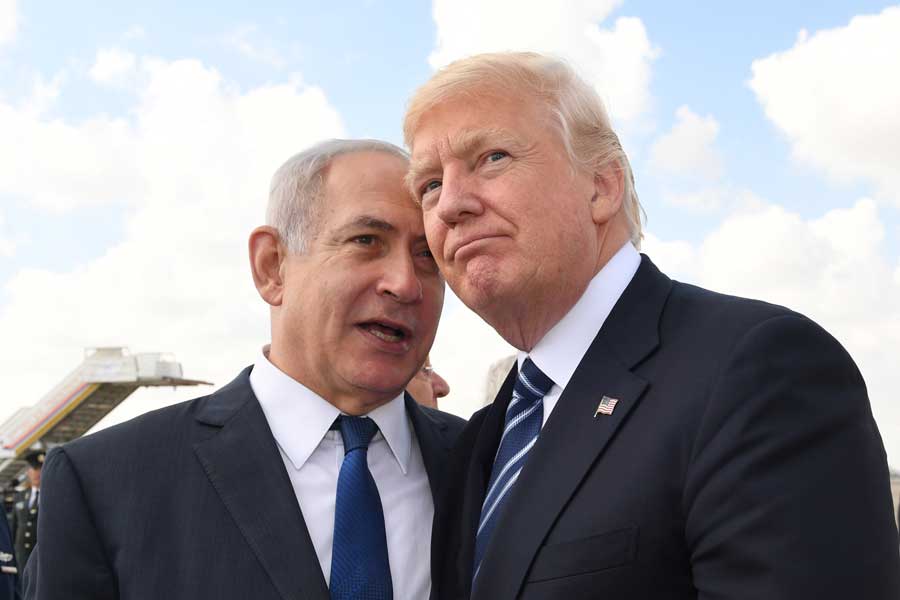 A senior Israeli official told local media that Prime Minister Binyamin Netanyahu would reject President Donald Trump’s peace plan if it contains elements anathema to Jerusalem. According to the unnamed source, Netanyahu has communicated to President Trump that he would not countenance uprooting any Israelis living in the West Bank, nor accept the partition of Jerusalem or grant Palestinians living abroad the “right of return” to homes they fled or were expelled from during the Arab-initiated war following Israel’s rebirth in 1948. The official also made clear that under any peace agreement Israel would need to maintain “complete control” of the Jordan Valley for security reasons. The comments came two days after President Trump confirmed his intention to release the political components of his Israeli-Palestinian peace plan after the Jewish state’s September 17 national elections. During his trip to Ukraine this week, Netanyahu said that there is a “very great likelihood” the US proposal would be released in the coming weeks.