BEIJING – Prime Minister Lee Hsien Loong arrives in Beijing on Thursday (April 25) for a five-day visit, during which he will attend the... 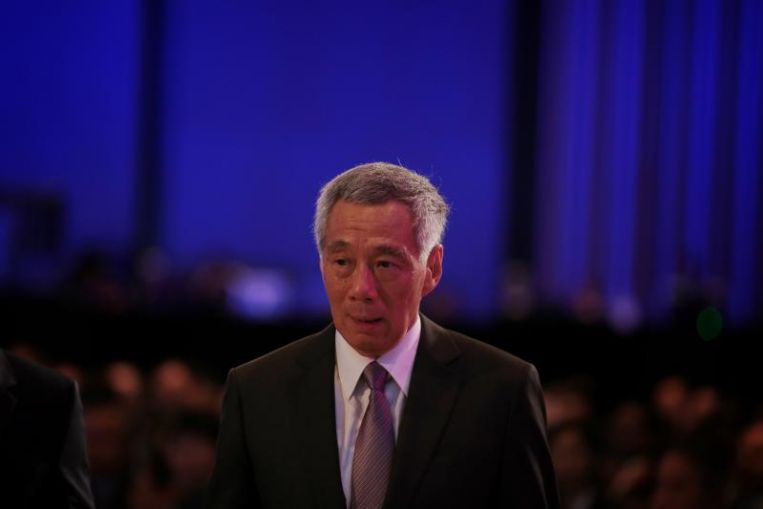 BEIJING – Prime Minister Lee Hsien Loong arrives in Beijing on Thursday (April 25) for a five-day visit, during which he will attend the second Belt and Road Forum and meet Chinese President Xi Jinping.

PM Lee, who will be present at the summit for the first time, will make a speech at a high-level meeting on Friday and the following day, he will deliver remarks at a Leaders’ Roundtable chaired by President Xi, said a statement from the Prime Minister’s Office on Thursday.

Mr and Mrs Lee will be hosted on Friday to a welcome banquet, together with other leaders and their spouses, by Mr Xi and his wife Peng Liyuan.

The Belt and Road Initiative (BRI) – the signature foreign policy and development strategy of President Xi – aims to revive ancient overland and sea trade routes, and connect China to Europe, Africa and other parts of Asia by building a network of ports, roads, railways and industrial hubs.

It was conceived by President Xi in 2013 and Beijing said recently it has inked 173 deals on the giant project with 125 countries and 29 international organisations.

The first BRI summit was held in 2017 and Singapore was represented by National Development Minister Lawrence Wong.

This time, PM Lee will be among almost 40 heads of state and government attending the Forum, including the nine other Asean leaders, Russian President Vladimir Putin and Austrian Chancellor Sebastian Kurz.

He is expected to have bilateral meetings with other leaders at the summit.

On Sunday, he will be at the opening ceremony of the 2019 International Horticultural Exposition hosted by the Chinese President and his wife, and visit the Singapore Garden.

Before he leaves on Monday, the Prime Minister will meet China’s top two leaders: President Xi and Premier Li Keqiang, who will also host him to lunch.

Both countries are expected to ink deals on bilateral cooperation during the visit.

Next month, President Halimah Yacob will be in Beijing to attend the Asian Civilisation Dialogue.

In his absence, Mr Tharman will be the Acting PM.