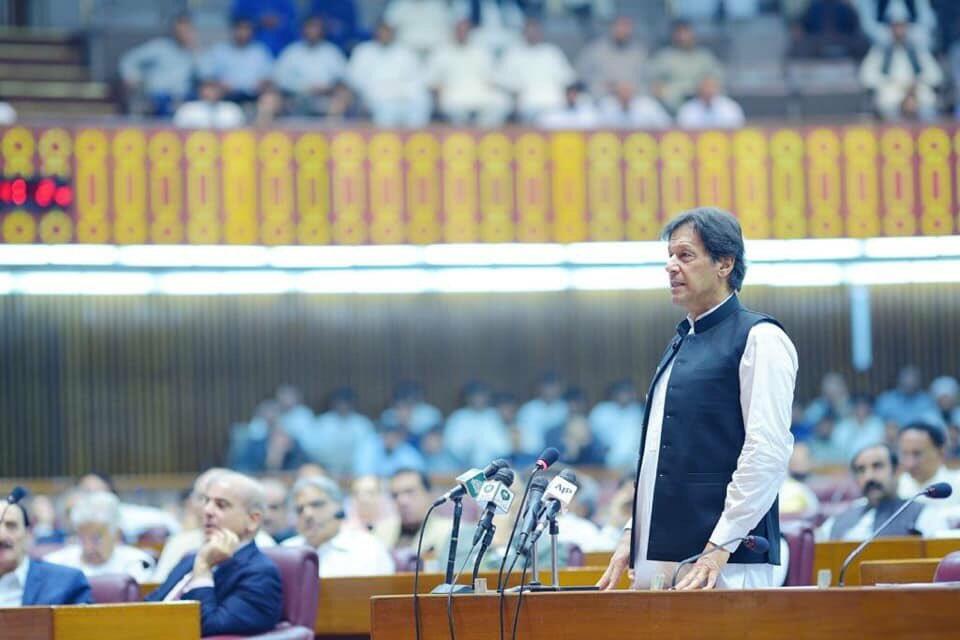 Pakistani Prime Minister Imran Khan vowed Tuesday to challenge at the UN security council India’s decision to strip Kashmir of its special autonomy, a move he warned could provoke conflict in the region.

Khan gave a forceful rebuke of Prime Minister Narendra Modi’s decision Monday to scrap the special status granted to the Indian-ruled part of Kashmir from India’s constitution in front of a joint-session of parliament in Islamabad.

“I want to make it clear that we will fight this issue on every forum, (including) at the UN security council,” said Khan, who also promised to raise the issue with heads of state and take the matter to the International Criminal Court.

Khan demanded action from the global community as he accused Modi of violating international law in pursuit of an anti-Muslim agenda in India.

“If the world does not act today… (if) the developed world does not uphold its own laws, then things will go to a place that we will not be responsible for,” Khan added.

He went on to warn that “there will be a reaction” from Kashmiris if India tries to “crush them”, likely leading to more violence in the region which in the past has brought the nuclear-armed rivals close to conflict.

Pakistan’s military announced it “firmly stands” by Kashmiris following a meeting of the army’s top commanders in the garrison city of Rawalpindi to discuss India’s move.

“Pakistan Army firmly stands by the Kashmiris in their just struggle to the very end. We are prepared and shall go to any extent to fulfil our obligations in this regard,” General Qamar Javed Bajwa said, in a tweet sent by a military spokesman after the meeting.

‘We will not sit quietly’

On Tuesday, an estimated 500 people demonstrated in Muzaffarabad, the largest city in Pakistani-held Kashmir.

“We want to tell India that Jammu and Kashmir is not the property of anyone. The people of Jammu and Kashmir will not sit quietly until they get their right to self-determination,” protester Shamsher Khan told AFP.

Mass demonstrations were expected to kick off across the country after Friday prayers later this week.

The breathtaking Himalayan region of Kashmir has been disputed by India and Pakistan, who have fought two wars over the region, since independence in 1947.

Earlier this year they came close to war yet again, after a militant attack in Indian-held Kashmir in February was claimed by a group based in Pakistan, igniting tit-for-tat air strikes.

Armed Kashmiri rebels and many residents have fought for the Muslim-majority region’s independence or to join Pakistan in an insurgency that has left tens of thousands dead.

Ahead of the announcements, tens of thousands of extra Indian troops were deployed in the territory and a security lockdown imposed.