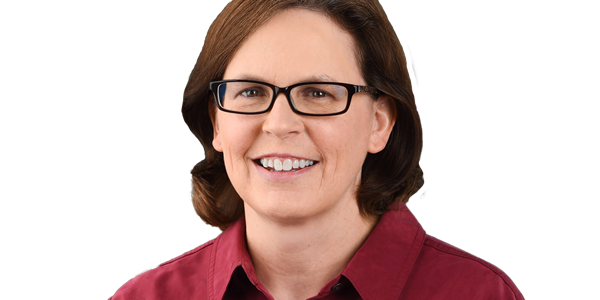 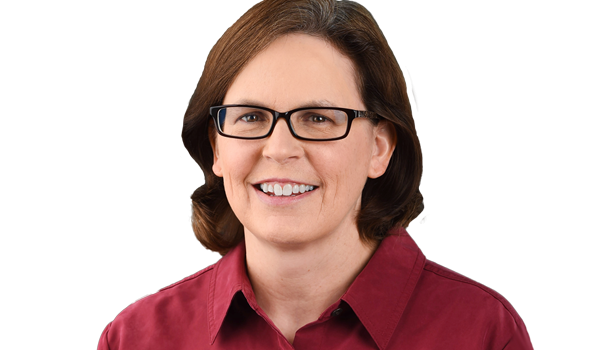 Rachelle Jones, who officiated the 2017 Women’s Final Four, died last summer at age 51 from cancer. Her former colleagues have raised nearly $30,000 to donate in her honor to the Kay Yow Cancer Fund.

Rachelle Jones was a respected women’s basketball referee. She was also a teacher in New York who specialized in reaching kids who were difficult to reach. She was a meticulous dresser who always looked sharp. She was a natural-born communicator, a problem-solver, a quick learner, a mentor, an athlete, a beloved mother, daughter, sister, friend and colleague.

Now, eight months after her death at age 51 from cancer last summer, Jones is being remembered by those in the sport she loved during Play 4Kay. Nearly $30,000 has been raised by her fellow referees in honor of Jones for the Kay Yow Cancer Fund.

“She never stopped working until the pain was just unbearable,” said Angie Lewis, Jones’ close friend and fellow referee. “She worked without people knowing she was in that kind of pain.

“She was just a loving, big-hearted person. She had a candid way of encouraging people and providing hope, even in negative situations. Her smile and her presence made the whole room light up.”

The pain of loss remains in Lewis’ voice. She and many members of Jones’ family — including Jones’ adult daughter and son, Niya and Najee Khan — are still working through the grieving process. They will be in Raleigh, North Carolina, on Monday as a check is presented to the Kay Yow Cancer Fund when NC State hosts Notre Dame (7 p.m. ET, ESPN2).

“I saw a great talent in her. … She wanted to learn and get as much information as she possibly could. She blossomed into one of the best officials we had.” Barbara Jacobs on knowing Rachelle Jones could be a Division I official

“Rachelle was very dedicated to giving to the game and giving to others,” Kantner said. “She loved officiating. I remember very clearly when she was just starting out in the Big East, and worked one of her first games at UConn with me.

“There is this connection we all have as referees. For some of us, we’ve been doing it for many years. Now, it can be a viable profession. But for most of us, including Rachelle, it started as just avocational, something you did along with your ‘real’ job. You know you loved it when you weren’t getting paid very much to do it, and it was more about a pure passion for it.”

Jones began officiating at the high school level in the 1990s. During a summer elite camp where Jones was working, Barbara Jacobs, a coordinator of officials, noticed her and immediately thought she was Division I material.

“I saw a great talent in her,” said Jacobs, now associate commissioner for women’s basketball for the American Athletic Conference. “The first thing was her ability to run. She was like a gazelle; she kind of floated on the court. So she could get into position to see the plays extremely well.

“She wanted to learn and get as much information as she possibly could. She blossomed into one of the best officials we had.”

Every minute, one woman in the United States is diagnosed with cancer. Former NC State coach Kay Yow knew one person could make a difference in the fight against cancer.

Jones quickly worked up to Division I, and Jacobs vividly recalls the first really big game she assigned to Jones: UConn versus Notre Dame. She put Jones with veteran officials Kantner and Denise Brooks, but knew she’d hold her own.

Jacobs chuckles remembering how both the Huskies’ Geno Auriemma and the Irish’s Muffet McGraw did what all coaches do to officials they see for the first time. They questioned everything she did.

“She made a call, and it was a good call, and Geno started in on her,” Jacobs said. “There was a timeout, and he kept staring at her. And Rachelle just stared right back.”

After the game, Jacobs, Kantner and Brooks explained that there were better ways to stand your ground, and Jones recognized that.

“But by the same token, it showed she was not the kind of official who was just going to back down,” Jacobs said. “Because she knew she was right.”

Jones’ career goal in officiating was to work at the Women’s Final Four, and she did that in 2017 in Dallas. She hoped to do that again in 2018, but her illness forced her to stop officiating during last season. She still went to the Final Four in Columbus, Ohio, to work on a program empowering younger officials.

“The last time I saw her was she came to a game along with Angie’s mother to watch Angie officiate,” Jacobs said. “The three of us sat in the stands and talked. I knew based on some of the things she said, that it might be the last time I saw her. I think she knew before anyone else did how serious things were.”

Lewis takes some solace knowing how many people were impacted and inspired by Jones. She and Jones had a business helping train younger officials about all parts of the job, and it was Jones’ passion, especially, to increase the number of black women in officiating.

“Rachelle was an effective communicator,” Lewis said. “Her teaching background, her parenting experience, were part of her mentoring.

“I really, really miss her. I can’t say enough about the support that our colleagues have shown for Rachelle and her family. We have so much gratitude for everybody showing that Rachelle was loved.”